Mistakes we made in India: Justin Trudeau's fictional letter to his children

Don't be too surprised if, once we get back, you hear that someone from the Canadian government has been fired.

We have now been in public life for four years. During this time, you have met many heads of state, travelled quite a bit yourselves and enjoyed the trappings of my job. 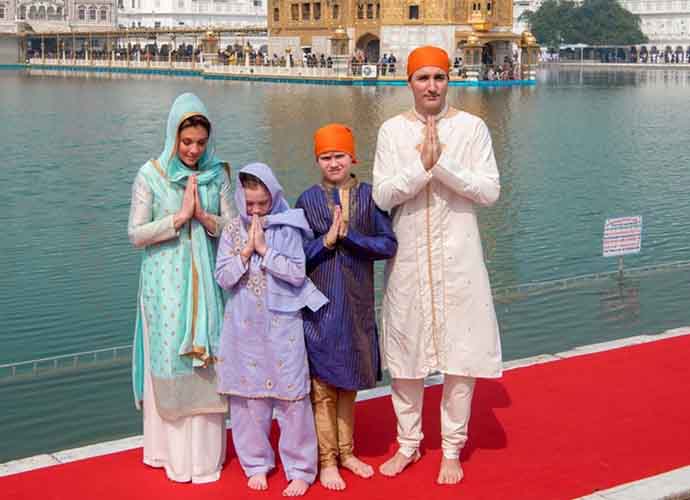 In all these years, I have passed on much of what my father had taught me when I was in the same position as you are now. He had shared many great insights and given me many pearls of wisdom.

My father was a revered leader of our great country. It seemed but natural for me to follow his footsteps. I may not have said it as explicitly in the past, but you need not feel compelled to become third generation politicians from the same family. If you do, it'll be a first (wink-wink), but by all means follow your own dreams.

Should any of you wish to follow your old man's footsteps, I have some advice for you.

Before we left for this trip, I had glanced through the agenda and, looking at it, I had promised to show you some of the most wonderful sights in this country. Having taken you to see the Golden Temple, the world famous Taj Mahal and a few others, I hope I have lived up to my word. I myself loved the experience and hope you enjoyed the cultural exposure that came with it. I am sure the pictures, our Indian outfits and the memories of our time spent at each of those wonderful landmarks will remain with you for years to come.

Also, by now you are well aware of and getting used to the attention we get as a family, especially the attention that's showered on me each time I visit a foreign country. On none of the previous visits did I feel the need to pen down my thoughts of the lessons from the trip to the three of you, but time teaches one many things. And, unfortunately this time, things didn't go as planned and that's primarily why I felt it was important to write this letter to you.

Hope for the best and be ready for the worst

You know how we love honesty in our family. I am brutally honest with you and expect nothing less from you in return. In that spirit I have to admit and own up to mistakes that we made us on this trip.

Surprisingly, our well-planned change of outfits didn't go down very well with the general public. It turns out most Indians don't dress so flashily in their everyday lives. Though we knew that coming in, I didn't think they would feel like we were overdoing it and although it was never our intention, we seem to have offended a fair few by doing so. The lesson learnt here is to know your audience well and not go by the first thing Google pop-ups about a country's culture and ethnic wear. We couldn't go off script mid-visit and were forced to stick to the outfit changes as planned or else it would have looked suspect. It would have given the impression back home that we gave in to the backlash and all of a sudden we altered our attires because of it. As public personalities, especially at our level, we can never let anyone know how we are truly feeling - especially when we are being pinned to the floor because of the choices we made.

In every defeat there is a lesson and we have learnt a few important ones here.

First, there is no denying that being greeted by GS Shekhawat, a junior minister, instead of the prime minister as we were expecting, was a snub on a global scale - one that hasn't gone down too well with the team back home. However, we need to remember to pick our battles.

Believe it or not, it was in our best interest to swallow our pride and play to the audience, and ours is back home. India is of strategic importance and many of our current and future business and strategic partnerships depend on the bonhomie we share with the country. We cannot allow something minor to hamper ties with one of the strongest emerging economies.

Second, your mother got a picture clicked with Jaspal Atwal, a convicted murderer known for his strong views on Khalistan. The Khalistanis are a handful of people from Punjab who wish to divide India and declare Khalistan a separate nation state. This notion is understandably not supported by a majority of Indians who have no desire to see their country divided. Although I did comment on the photo incident, it seems too little too late. I need to make a stronger response to the incident and require someone in my PR team to undo the damage the photo-op may have caused, here and back home. Thirdly, in my rush to express my gratitude and fondness for where the great Mahatma Gandhi once lived, I ended up spelling his name incorrectly. I cannot possibly compete with the online presence of the Prime Minister of India, Narendra Modi, but I will definitely ask the Cabinet to sanction one person to be solely responsible for my online presence. It was an avoidable typo, one that as a prime minister, I couldn't have afforded on a visit that already had too much negative press from day one.

In conclusion, this visit to India may be by far one that created the least hysteria and did not achieve much of substance. It was filled with gaffes, miscalculated wardrobe changes, pictures with people my family members had no business being around and one that I will truly wish to forget very soon.

Canadian PM @JustinTrudeau makes an entrance at the Canada house in New Delhi. Truly in the spirit of India. @DemocracyNewsL pic.twitter.com/ph19O7ysB4

However, no matter how this trip ends, we need to show a united front, go back to the people of Canada projecting a strong unit, tell them about all the beautiful sights we saw, and embellish certain facts to project how much closer we are to India as a direct result of this trip. Then and only then, will I cry myself to sleep.

Side note: Don't be too surprised if, once we get back, you hear that someone from the Cabinet has been fired. It will, in all probability be the person responsible for suggesting multiple wardrobe changes, flying down a chef to cook Indian food in India and dancing to Bollywood tunes at the function in Mumbai.

#Narendra Modi, #Trudeau India visit, #Jaspal Atwal, #Justin Trudeau
The views and opinions expressed in this article are those of the authors and do not necessarily reflect the official policy or position of DailyO.in or the India Today Group. The writers are solely responsible for any claims arising out of the contents of this article.