How we killed Sridevi twice

Can you kill a person twice?

No, this isn't a whodunit from Agatha Christie but a genuine question to Sridevi's death.

In India, it is possible. Sridevi, the magnificent actor who straddled the wasteland of 1980s misogynist cinema, very rarely had any dignity accorded to her. A child star who had worked in Tamil, Telugu, and Malayalam movies, one can only imagine the sacrifices she must have had to make, unknowingly to her, to become her family's breadwinner, much as another child star J Jayalalithaa before her. When Sridevi broke into Hindi cinema, with the enormous hit of Himmatwala in 1983, she was known, charmingly, as Thunder Thighs.

One only has to look at the camera angles of those early Hindi movies. Mostly from the ground up, focusing on the aforementioned thighs, and almost lascivious in its attention to her anatomy. By then she had proven her acting chops in Sadma, but did the Hindi film industry care? Oh no. They had a new plaything, to be placed alongside a series of humdrum men, her energy and vigour making even the most mundane movie come alive.

That she survived and thrived is a tribute to her undeniable charisma, whether it was the dual Seeta aur Geeta update in the fascinating Chaalbaaz or the quicksilver dancer-cum-Charlie-Chaplin-cum-journalist of Mr India. She flourished when made elegantly sophisticated in Chandni and when she was made almost mythic in Lamhe. The little girl who often had to change clothes behind trees when on location (there were no vanity vans when she began in the industry) would soon become the archetypal Yash Chopra heroine, her kinks ironed out like the chiffons she was made to wear.

Her expressive face, breathy voice, and those chiffon clad songs (beginning with Shekhar Kapur's fantasy "Kaate Nahin Katti") marked the remaking of Sridevi, updated to the nineties, as younger women with better makeup techniques and smarter advisers made their way into Bollywood. Soon movies would acquire scripts, the three Khans would bring with them new stories, new heroines and new directors, and she would edge her way out of the screens, becoming controversially Mrs Boney Kapoor. For some time, the world stopped making money off Sridevi. The child star who had morphed into southern cinema's leading lady and then into Hindi cinema's glamour doll was allowed to breathe. Or one assumes, as she settled down, out of sight of mean minded gossip columns which cast her as the Woman-Who-Stole-Mona-Kapoor's-Husband. But of course, a woman in public life has to be ready for constant scrutiny. You are damned if you are too thin, you are damned if you are fat. Every tummy tuck, facelift, nosejob, lip enhancement is screened and scrutinised.

So when she started to return to the public gaze, this time as a svelte mother of two who was a yoga enthusiast and fashion plate, the judgement was back. She shut everyone up with a fabulous performance in Gauri Shinde's story of everywoman, English Vinglish, in 2012. The movie won hearts and minds, and reminded everyone once again just why Sridevi was so talented and just why she had managed to make our 80s bearable amidst leery men and double entendre lyrics. 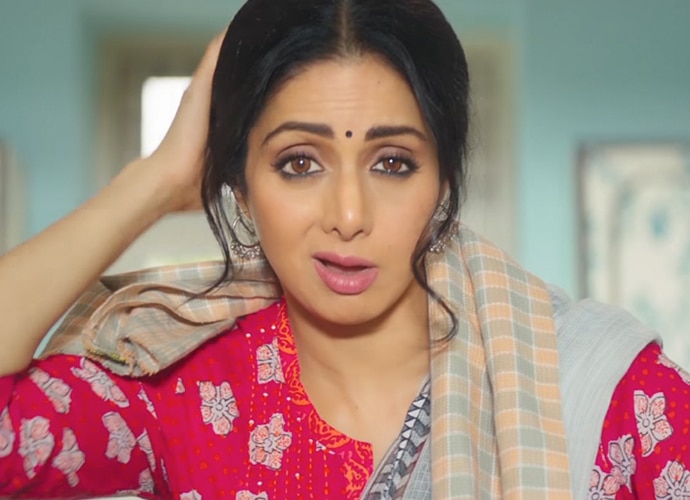 But what did we give her in exchange? Respect? No. Dignity? Never. As her death woke everyone up into a bad dream on Sunday, the speculation began. The cardiac arrest became a bathtub death became a suspicious death became a possible murder. She was dead but we insisted on killing her yet again. Death did not bring her dignity, nor did it bring her any closure. Fortunately, her work will outlast all the rumour mongering and the nasty speculation.

Despite the last minute dialogues, despite the male dominated environment, despite the outfits which were invariably some sick sexist fantasy, despite the co-stars she barely understood or wanted to know, Sridevi shone, against the biggest male stars of her time, and indeed all time. The TV talk shows may have killed her twice but Sridevi the superstar will survive onscreen.

#Boney Kapoor, #Sridevi death, #Agatha Christie, #Sridevi
The views and opinions expressed in this article are those of the authors and do not necessarily reflect the official policy or position of DailyO.in or the India Today Group. The writers are solely responsible for any claims arising out of the contents of this article.