Those that flunk test should be shut down and barred from operating for five years.

The absolutely inexcusable fire at Mumbai's Kamala Mills, which was being touted as the next big destination in the city, has brought to light the danger we all court whenever we go to a restaurant that is patently a fire hazard.

Unlike the callous owners of 1Above, who are evading the law and have issued a shameful statement in self-defence from their hideout, the larger restaurant community must start behaving responsibly and putting customers above a deceitful drive for profits, specially ahead of New Year's Eve, when popular hangouts wink at the law and sell tickets to many more unsuspecting patrons than they can reasonably handle (especially, God forbid, in the case of a fire). 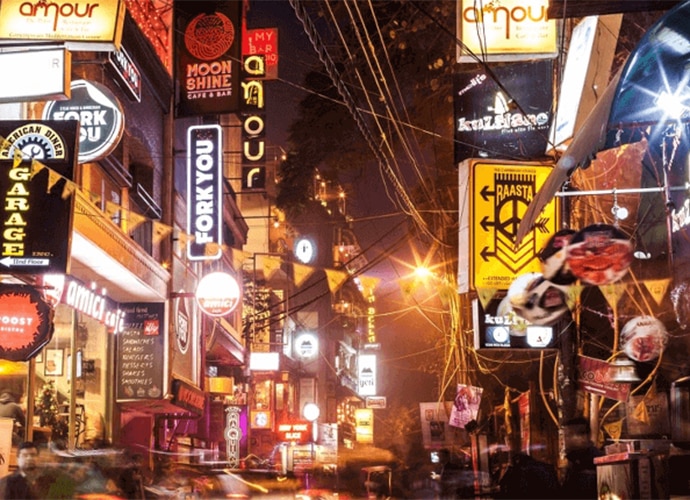 The National Restaurant Association of India (NRAI) must now do some serious soul searching, go beyond issuing namby-pamby statements, and call for a national fire audit of restaurants, which must be concluded across tier I and tier II cities in the first three months of the New Year.

To make it convenient for restaurant and bar owners too, the audit can be carried out by teams comprising representatives of the local municipal authorities, police, fire service, High Court-appointed citizens of repute, and the two main trade bodies, the NRAI and the larger Federation of Hotel and Restaurant Associations of India (FHRAI).

Nationally, the audit must follow set standards, and should be supervised by the Food Safety and Standards Authority of India (FSSAI), which has emerged as the country's most proactive food regulator in the past year or so, and is in almost daily touch with food service operators, including temples, street food vendors, and plush restaurants.

Anyone who flunks the audit must not only be made to shut his or her establishment forthwith, but also be barred from running a restaurant or a bar anywhere in India for the next five years. A national black list, accessible to all, must be put up online, and updated daily by the FSSAI.

We need to know, for instance, in unambiguous terms, the mandated width of a stairway leading up to a restaurant located on the upper floors of a building, or the number of exits that restaurants are required to have, or the kind of fire detectors and extinguishers they must keep (and how often they need to be tested for their efficacy).

The NRAI owes it to the people to make these regulations public.

The fire safety audit, in fact, can start with the two posh Delhi neighbourhoods - Hauz Khas Village and Khan Market - where restaurants have cynically been flouting all fire hazard norms, despite court strictures and state actions.

Enough of this drama of sealing restaurants and then allowing them to re-open when the heat of public opinion peters off, or the supervising court shifts its attention to other areas of concern.

The Kamala Mills fire is also a wake-up call to food critics, acting either individually, or through social media aggregators such as Zomato, Dineout or Facebook, not to ignore the possibility of a restaurant becoming the scene of a devastating fire.

The rooftop club, 1Above, for instance, had a 4.1/5 rating on Zomato, 4.4 on Dineout and 4.5 on Facebook. Not one "citizen reviewer" warns of the possibility of a fire. No one seems to be aware that a fire hazard complaint had been filed against the club in September this year.

It may not be a bad idea for reviewers to rate restaurants on a fire hazard indicator, along with food, service, hygiene and decor - you don't need to be a genius to figure out if a restaurant is a fire hazard or not.

Once this system gets institutionalised, the pressure of public opinion will make restaurants and bars mend their ways. We cannot drag our feet any longer. Or, like Hema Malini, put the blame absurdly on Mumbai's"'rising population" (can she please be retired from Rajya Sabha to reduce the population of ill-informed public figures)?

#Safety violations, #Kamala Mills fire
The views and opinions expressed in this article are those of the authors and do not necessarily reflect the official policy or position of DailyO.in or the India Today Group. The writers are solely responsible for any claims arising out of the contents of this article.