Kanhaiya Kumar and Hardik Patel are back in the game. Should BJP be worried?

While the BJP has not 'reacted' to Hardik Patel's indefinite fast, there are rumours that the party will field Rakesh Sinha from Begusarai to take on Kanhaiya.

Kanhaiya Kumar, India's most loved and loathed student, is back in the news. So is Hardik Patel, a 'millennial agitator' and Gujarat's angry young man until Jignesh Mevani broke into the scene.

In the recent past, both Patel and Kumar have inspired many listicles, Wikipedia entries besides setting trolls on fire. Here's what the two are up to now, forcing us to talk about them again — and most importantly, the BJP to take notice.

2) The Left parties are said to have reached an informal understanding on his candidature. 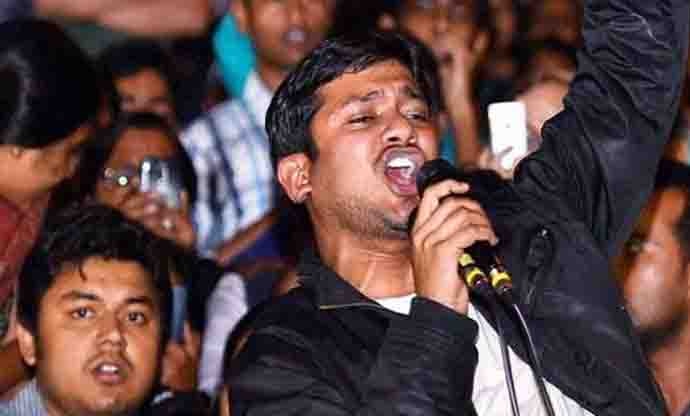 3) A native of Beehat panchayat in Begusarai district, Kanhaiya will contest the election on a ticket from the Communist Party of India (CPI).

4) Arrested in February 2016 by the Delhi Police for his involvement in a JNU event where anti-India slogans were allegedly raised, a charge vehemently denied by Kanhaiya, his entry into electoral politics cuts both ways — while the latest announcement has renewed hopes among his supporters, this has certainly raised the hackles of his detractors in mainstream political parties which see him as an obvious threat and vote-cutter.

Hope arrives in the form of #Kanhaiya Kumar pic.twitter.com/e7liF7JEJG

5) It has been reported that talks are on with opposition parties like the Congress, Rashtriya Janata Dal and others, to field Kanhaiya as a joint Opposition candidate from the seat.

6) It is also believed that RJD supremo Lalu Prasad Yadav too has agreed on his name "in principle". However, an official decision has not been taken so far. A cropped image from which it appears that Kanhaiya is touching the feet of former Bihar CM Lalu Prasad Yadav, invited major backlash against the student leader on social media earlier. (Credit: YouTube)

7) At present, Begusarai Lok Sabha seat is represented by BJP's Bhola Singh, who won from here in 2014, defeating RJD's Tanveer Hasan by 58,000 votes.

8) The 31-year-old is already a part of CPI's 125-member national council. The CPI has reportedly decided to contest six Lok Sabha seats in Bihar, but a final decision would be taken after seat-sharing talks with like-minded parties.

9) There are rumours and speculation that the BJP will field RSS ideologue Rakesh Sinha, who has recently joined the party, against Kanhaiya Kumar from Begusarai.

10) The poll announcenment by Kanhaiya has set Twitter on fire with many claiming that the "mask is off Kanhaiya".

The mask is slipping.The real face of @kanhaiyakumar is showing his political opportunism, lust for power & his chameleon-like stand on political issues.We had seen how @arvindkejriwal got exposed, once in power. Next up, the ugly face of Kanhaiya Kumar. pic.twitter.com/hGN1wneHHA

Jignesh Mevani, Kanhaiya Kumar, Alpesh Thakor, Hardik Patel, are considered by disgruntled Arun Shourie as the new leadership for 2019 when interviewed by Karan Thapar in ‘The Wire’ event. This confirms that the nation is in for a violent future with naxal dominance. https://t.co/SEqfvNQp2X

1) Hardik Patel has been on an indefinite fast for 10 days now. Patel began his fast on August 25, the third anniversary of his mega pro-quota rally in Ahmedabad that had turned violent, to press for a quota for the Patidar community. He is demanding a loan waiver for farmers and a quota for Patidars in government jobs and education under the Other Backward Class category. Buses set on fire in Surat after the arrest of Hardik Patel during the Patidar reservation andolan in 2015. (Credit: PTI file)

2) Denied permission to hold the fast in a public space (he reportedly sought permission for various  protest venues), the Patidar leader sat outside his farmhouse amid police protection.

3) Independent MLA Jignesh Mevani earlier visited Hardik to extend his support. Gujarat Pradesh Congress Committee spokesman Badruddin Shaikh also visited Patel but “not as a Congress leader”. He said he had gone there as president of Ahmedabad Muslim Graduates Association.

4) While the BJP government has so far not intervened or shown much interest, leaders and representatives from various political parties, including the Trinamool Congress, Nationalist Congress Party and Rashtriya Janata Dal, have visited the 25-year-old Patidar leaser in the past nine days. Hardik Patel has been sitting on hunger strike since August 25 (Photo: Twitter/@HardikPatel_)

5) With his health deteriorating, Hardik released his "will" on the ninth day of his fast on Sunday (September 2), demanding reservation for the community and a farm loan waiver.

6) The quota leader has divided his property among his parents, a sister, 14 youths killed during the quota agitation in 2015 and a shelter for ill and old cows near his village, a Patidar leader said.

7) He has also expressed his wish to donate his eyes in case of his death. This was declared by Patidar Anamat Andolan Samiti (PAAS) spokesperson Manoj Panara, who also told reporters that Patel has prepared his will "considering the doctor's advice regarding his deteriorating health".

9) Also, royalty from his book, Who Took My Job, currently under publication, as well as insurance money and the money collected after selling a car owned by him will be divided among his parents, his sister and the family members of the 14 Patidars who sacrificed their life during the agitation three years ago, Panara claimed.

10) According to latest reports, a doctor from a government hospital who visited the Patidar leader on Monday said he has advised the quota leader to get admitted to the hospital considering his health. "We have advised him to be admitted to the hospital. His urine and blood pressure is normal, but Hardik has refused blood and urine tests," the doctor said.