5 reasons why we love to hate Karan Johar

The director-producer-anchor allows himself to be hated. Because, at the end of the day, it doesn't matter to him. He is the industry. Practically.

Ae Dil Hai Mushkil (2016) was quite an average movie. But recently, it again came to the news after three years, when Karan Johar — who directed it — said in an interview that he killed off the character of Anushka Sharma in the movie because the character did not love the character Ranbir Kapoor was playing.

So, it was his revenge.

All hell broke loose. People took to Twitter to slam Karan Johar: for killing off a woman for not having reciprocated to her ‘stalker’s’ feelings.

Really? Does what Karan Johar do to his character, in an already dead movie, matter to us this much? This happened soon after the Hardik Pandya episode which brought the 'problematic' nature of Karan's chat show on the radar too.

Why do we love to hate Karan Johar so much?

At 47, does he represent the industry? Well, a lot of it. (Photo: Twitter)

We don’t know whether it’s his publicity strategy or not, but he speaks a lot, even when he is not a TV show host.

We know that he had a crush on only one woman in his life: Tina, aka Twinkle Khanna, his school friend.

We have too much information about him.

Not because we have watched Koffee with Karan so thoroughly, but because he is always speaking.

2.). He lets out Bollywood secrets

Secrets, like there are various WhatsApp groups in Bollywood where stars are laughing at others’ fashion choices, etc. And Karan Johar is part of the maximum number of such groups.

He knows all Bollywood gossip — and he strategically puts it all across various platforms. 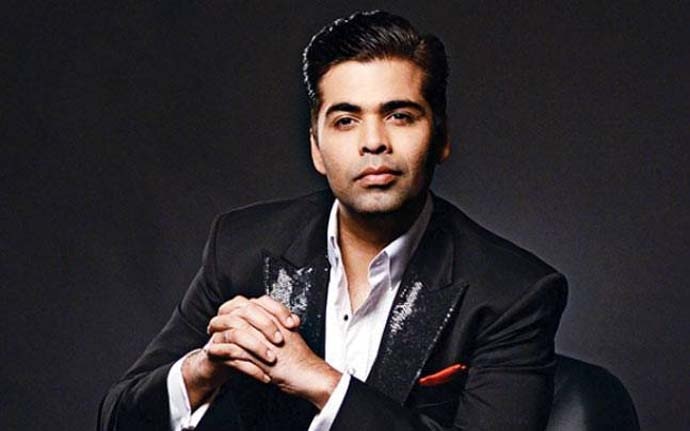 We don't know how. But Karan Johar is everywhere. (Photo: India Today)

Like, what’s an 'airport look'? The 'look' an actor or actress gets into right after informing the photojournalists of the time and the name of the airport where he or she will be visible soon.

Taimur’s case may be a little different.

But for the rest, including Karan himself, the story is the same.

Similar stories are behind photos where an actor is spotted dining with another, going to the gym together, having lunch together, etc.

Who other than Karan Johar can break these myths!

Or, maybe he does it so subtly that we don’t even come to know.

When Kangana Ranaut slammed Karan for being the 'torchbearer of nepotism', it made headlines. But guess what? Karan became the person to rake up the nepotism debate every time and also asks ‘outsiders’ whether they feel comfortable in the industry, etc.

He allows himself to be publicly schooled, fooled, even hated.

Because he knows he will be directing half of the industry's big-budget films.

The other half he will produce.

Also Read: Crassness with Karan: No, Hardik Pandya is not the first time. Karan Johar's show is often rude and crude

Post your comment
#Koffee With Karan, #Entertainment, #Bollywood, #Karan Johar
The views and opinions expressed in this article are those of the authors and do not necessarily reflect the official policy or position of DailyO.in or the India Today Group. The writers are solely responsible for any claims arising out of the contents of this article.