Why Karnataka election results should worry both Rahul Gandhi and Modi

Media and analysts would do well to remember that it is never over till the time it is actually over.

In hindsight, it appears that the afternoon celebrations by supporters of the Bharatiya Janata Party (BJP) were a bit premature. My advice, however, is: Please do not throw away the customary ladoos brought in for the victory celebrations rather give them away to the poor in the street. This will help give them the feel of "acche din" even if for a day. 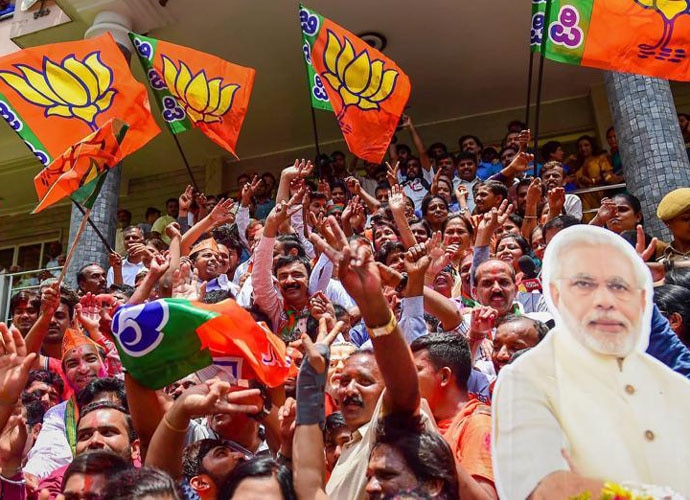 The cliffhanger in Karnataka has some clear takeaways for all political parties and also for the media and analysts.

First, the Congress with a vote share of over 38 per cent has won about 35 per cent less seats than the BJP whose vote share is about 36 per cent. The Janata Dal Secular, which has staked claim to form the government in alliance with the Congress, has an 18 per cent vote share. This makes is clear that any pre-poll alliance between them would have decimated the BJP.

The same scenario prevailed in Uttar Pradesh where 39 per cent vote share of BJP would have been no match to the combined vote share of Bahujan Samaj Party, Samajwadi Party and Congress at over 50 per cent.

This would have been enough for them to sweep the state.

The lesson to be learnt is that if communal forces are to be defeated, the Opposition has to unite and the leaders have to let go of their egos to arrive at a mutually beneficial agreement. There is nothing morally or ethically wrong in the Opposition uniting to defeat divisive forces.

The BJP is widely seen as inefficient, if not corrupt, and which in a short span of four years has displayed dictatorial tendencies and utter contempt for institutions of democracy. The party's supporters admire it for the professed policy of asserting the rights of the majority religion over those of the minority.

The precedence of the entire Opposition united under the banner of "Janata Party" to defeat the Indira Gandhi-led Congress after the Emergency is already there.

Second, it establishes the fact that the Congress is far from finished as it had also shown in Gujarat. Any nationwide coalition cannot afford to ignore this fact. The Congress is still the only party which can challenge BJP in states such as Gujarat, Rajasthan, Madhya Pradesh, Chhattisgarh, Punjab and even Haryana.

In other states like Uttar Pradesh, Bihar, West Bengal, Maharashtra, four other states of south India and the Northeast, Congress has to give space to the aspirations of regional parties.

These elections also bring out the sad fact that parties may lose despite following progressive policies and clean politics. The fact is that religion and caste remain very important factors even in a progressive state like Karnataka. Rigidity and influence of these factors in our daily life and polity is increasing rapidly because of caste and religious polarisation being encouraged, especially by the ruling party.

The results also prove that people prefer to vote for a person rather than party for reasons of novelty and his ability to sell a dream irrespective of the governance track record being dismal. Conversely, there is a lesson in this for the political parties. There is a need for introspection on whether polls sops like Lingayats being declared a separate religion and the soft-Hindutva image being projected by way of publicised temple visits are beneficial.

Normally, one should not have any objections to one's religiosity but such visits during elections give ammunition to the opponents to project them as hypocrites.

Despite having practiced democracy for 70 years, the political parties seem to forget that democracy is above individuals and parties. The level of dialogue among political parties, especially, during the elections has reached an abysmal low.

One could not have imagined a person no less than the prime minister resorting to blatant distortion of historical facts to sway the electorate. The threatening language used is beneath the standards of civilised discourse. This was never the case in the past. A course correction is extremely essential to ensure an ethical campaign.

Many supporters of the ruling party appear to have started entertaining doubts about the effectiveness of policies of the party in power. That is why their sole argument in favour of this government is that there is no alternative to Modi and that there being no Opposition leader of his stature. 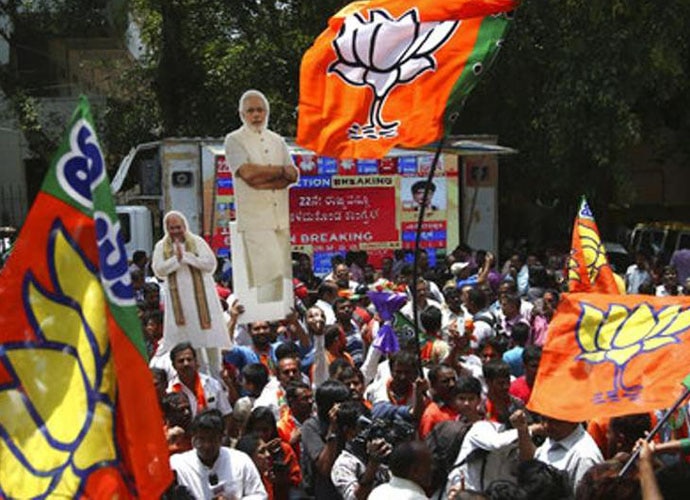 However, even his diehard supporters shy away from discussing the specifics of his abilities and track record of governance when confronted with facts and figures. Analysts argue that it was Modi's aggressive campaigning in the last lap in Karnataka that tilted the mandate in favour of the BJP. The lesson therefore for the Opposition is that Modi continues to retain his charisma even though BJP's stocks have gone down. They must therefore resolve the leadership issue, preferably before 2019 elections.

Interestingly, the stalwarts, who vociferously defended the manner in which BJP-led governments were formed in Goa, Manipur and Meghalaya are talking about morals and ethics in the wake of Congress and JDS coming together.

This again brings us to the necessity of following the principles laid down in the Constitution and not resort to opportunistic politics.

Finally, media and analysts would do well to remember that it is never over till the time it is actually over. It will help to recall the Bihar elections of 2015 when the certain sections of the media declared BJP the winner prematurely. The Karnataka election results and what followed have served as a throwback to Bihar in 2015.

The results from the southern Indian state truly throw open the prospects of an exciting general elections in 2019. The field is now wide open and BJP cannot take another term for granted. This should spur it to actually implement its agenda more vigorously than before.

Also read: Has Congress scored a self goal by tying up with JDS

Post your comment
#BJP, #Congress, #Karnataka elections, #Karnataka verdict
The views and opinions expressed in this article are those of the authors and do not necessarily reflect the official policy or position of DailyO.in or the India Today Group. The writers are solely responsible for any claims arising out of the contents of this article.