The state of J&K was placed under Governor's rule for the eighth time on June 20, 2018, after the Bharatiya Janata Party (BJP) decided to withdraw support to the People's Democratic Party-led government. It now time to think how the development will impact anti-terror operations, especially with Ramzan suspension of combat operations in the Valley having just wound up. 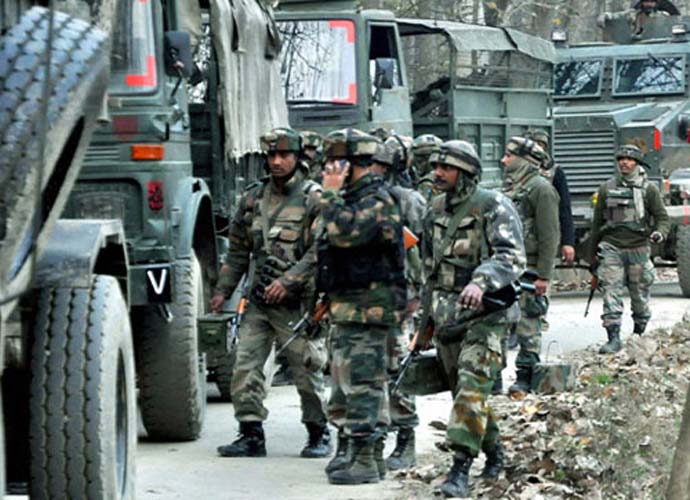 Is it going to unleash the echoes of bullets flying across the valley, or is it going to be business as usual. Will we witness a spurt in casualties in J&K? Would the Line of Control (LoC) heat up with more exchanges? The questions that beg answering are aplenty.

Governor NN Vohar takes over the state's reigns at a time when situation in J&K and along the LoC is deteriorating. In fact, the deterioration started some time back.

The downward slide in J&K was arrested to a point with the launch of Operation All Out, and the killings of a fairly large number of militants, especially of the Hizbul Mujahideen. However, recruitment has been on the rise for some time, with local youths displaying greater enthusiasm in joining militant ranks.

The mass participation in stone throwing, which is further helping militants, has been an alarming feature to which a suitable answer has not yet been found.

The 'ceasefire' also witnessed the use of grenades, a weapon that was not been used too often in the recent past. We have also had some sensational cases of terrorists killing civilians, military personnel on leave and police officials.

The targets, especially Shujaat Bukhari, the editor of Rising Kashmir, and army rifleman Aurangzeb were obviously chosen for effect. The killings generated mass participation in funerals possibly creating a fissure in the segment of the populace which was sympathetic towards terrorist outfits.

Along the LoC, the passes are open. This is the best season for infiltration. Cross-border firing has not declined to the point where civilians can live in peace in villages close to the border. The casualties, especially of the Border Security Forces, have been a cause for concern.

An exchange between the director generals military operations of both armies has had little effect. Though 23 militants have been killed during the suspension of operations, it possibly did give the militant groups a breather lending time for them to reorganise themselves and strengthen their network. The new dispensation in Srinagar will know it only too well that there are no overnight solutions to the problems in the Valley. As far as anti-terror operations are concerned, the security forces may find lesser resistance from the administration with reduced political interference. However, the method of operations will remain the same, largely.

No spate in anti-terror operations is anticipated. The requirement to keep collateral damages, including civilian casualties, to a minimum and launching of hard intelligence-based operations will remain the basic tenets as usual.

However, with no ceasefire in force, the security forces will have the freedom to act on intelligence inputs and undertake multiple operations, simultaneously. It might have been difficult to launch multiple operations during the 'ceasefire' since too many operations would have signalled the failure of the move.

Now, there will be a concerted effort by Pakistan to prove that Governor's rule is no answer to Kashmir's troubles. The methodology that it would attempt is again nothing new. It will tap every resource in the valley to orchestrate a spate of activities starting with protests, stone throwing, terror attacks etc.

With political parties gearing up for elections, there would be opportunities to use political meetings for displays of Pakistani and ISIS flags. The terrorist strategy would be to discredit political outfits and project themselves as the only hope for ordinary Kashmiris.

Elements of ISIS will try to paint the narrative as an Islamic movement rather than a political one. In fact, Delhi has recently banned a couple of radical outfits that include ISIS offshoots.

With elections not far away, terrorist disruption of political meetings by use of force is possible. However, the handlers in Pakistan will have to take cognisance of the fact that any killing of civilians antagonises the populace.

Such disruptions may be expected later, closer to the elections, to instil fear in voters and dissuade them from exercising their franchise.

As far as the new leadership in the state is concerned, it must allow the use of reasonable force without interference. Kashmir has been through many cycles of violence followed by years of relative stability. The current situation is not unredeemable either. However, should we want a free and fair poll, it's imperative that the terrorist tanjeems are constantly hounded and the over ground network of operatives destroyed.

Only then can right conditions be created for people to step out fearlessly and exercise their franchise.

The considerable success of Operation All Out needs to be capitalised.

Anti-terrorist operations call for relentless offensive that keeps the terrorists on the run. The security forces will have to go once again for the leadership of the tanjeems on a priority basis. There are no reports to suggest a spurt in local recruitment during the suspension of operations.

The new administration and the security apparatus need to find an answer to stone pelting. It involves not just fighting the stone throwers but neutralising the leadership and the network that organises these activities.

The other big problem is the attendance at the funerals of slain terrorists.

Often, terrorists join these gatherings and empty their magazines in the air, while their comrades raise flags of their organisations and Pakistan. It would be difficult to restrict people from attending such events, however, a beginning needs to be made. Simultaneously, terrorists cannot be allowed to use these occasions to motivate young men.

Use of snipers to selectively target terrorists joining the funeral and openly displaying their weapons and fire power, could be considered.

Such attacks as the killing of a soldier on leave and an editor also reflect a degree of desperation.

The security establishment must seize the moment to hit them hard now.

Also read: ISIS is here: Moment of truth in Jammu and Kashmir