Is rape the only legacy we are going to leave for our daughters?

I cannot write about rape anymore. For some time now, all rapes have seemed like a personal attack on my personhood. I cannot fathom how I live in a country that is so unapologetically cruel to its women.

I am baffled at the excuses people make for rapists and amazed that the abduction, gang-rape and murder of an eight-year-old has been reduced to a communal issue that is unnecessarily being politicised.

It’s also baffling to note that Kuldeep Singh Sengar, the MLA accused in the Unnao rape case, is yet to resign from his post. As I write this, there is news that two other children have been raped and murdered, one in Assam and one in Surat. In my gut I know that if I go through more newspapers and ground reports, the numbers will increase. 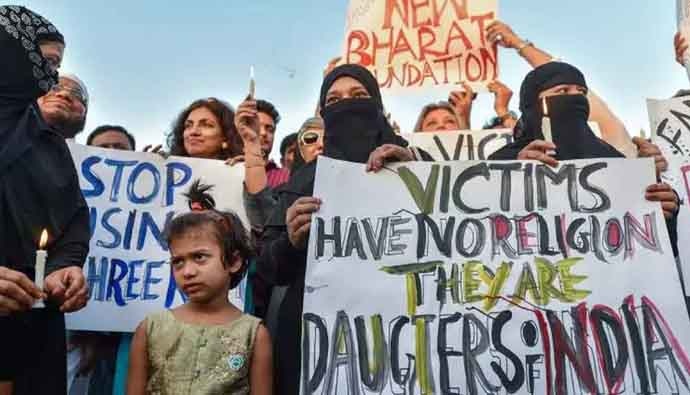 In December 2012, India came together to demand justice for "India’s daughter", citizens joined protests, signed petitions, sent in recommendations to amend rape laws in the country and for a while, there was minor success.

For a while, it did feel that stricter laws would deter violence against women. It also felt that as a society India had stood up and rejected the idea that a woman had to suffer in silence in case she was subjected to a violent crime. It had finally addressed and brought the "shameful" conversation of rape into the mainstream.

Yet, five years after this important discourse, India finds itself in a difficult predicament. While it continues to address the same issue vociferously, the dialogue around it is completely different. There is no longer a unification on the matter, instead there is a lot of whataboutery, politicisation, throwing around of statistics, communalisation and even casteism at play. But what is most perverse is the idea that these people, the perpetrators of these violent crimes need to be defended.

It took one whole year, the death of a father, incessant news coverage and public outrage followed by public pressure and an eventual notice by a high court to finally arrest the MLA accused of raping a minor in Uttar Pradesh, Unnao.

In Kathua, while the perpetrators were arrested, there was outrage of a different kind by the local bar association itself that tried to deter the judicial proceedings in the case. A rally was organised to defend the criminals and two ruling party (BJP) MP’s were present at the said gathering. The defending lawyer and the family of the victim had to seek security and the state police sought to appoint two "neutral" Sikh prosecutors to avoid communal polarisation.

When citizens got together to protest these rapes, a BJP spokesperson dismissed the gatherings calling it nothing but a "media circus". This desensitisation and lack of empathy is one of the reasons why India routinely fails its women, in fact, we are now routinely failing our children as well.

As the #JusticeFor posts continue to gain momentum, we must note and question the involvement of minors in these cases, the pedophilia involved in these crimes and the chilling fact that, in the case of the Kathua incident, there was juvenile involved in the matter. It was he who murdered the victim, who made a call to his friend in Meerut and he, who if everything had gone according to the plan would take the fall for the matter.

Because his uncle who master-minded the entire crime knew that the law would be easier on him. That he would eventually get away.

What is the point of having stricter laws if we as a society are going to find ways to obliterate them? What about the recourse we give the juveniles involved in these cases? It is common knowledge that perpetrators of violent crimes against women are most likely to repeat them unless they undergo proper psychiatric treatment and are rehabilitated with a ready support system to navigate them through life.

An absence of these tools is going to lead them right into their old habits. What is India doing as a society to ensure that these tools are implemented?

The knee-jerk reaction in rape cases as a collective is to demand for the death penalty, whether that is an appropriate action is another debate. But what about cases such as these, where the biases against the perpetrators are formed through caste and religion of the victims?

Do they deserve to go free? What kind of a country have we really turned into if our political and religious zealousness trumps our moral compass?

Do you really think the MLA who raped the young girl and was responsible for the death of her father in police custody will serve a real jail term? Who will follow up on the case when the cameras are turned off?

Will the Dalit girl and her family truly get the justice they deserve? And what is justice in this case anyway, will it bring her father back?

Will it ensure her to live her life in peace and dignity?

What about the Kathua case?

What kind of a punishment will be enough for killing, torturing and raping a young girl because you didn’t like her community? Will it bring peace to her family? Will it erase the violence and hatred that a lot of us harbor in our bellies?

While we debate, fight and slice each other through words, there are real people out there who are victims of abuse and of this callous apathy.

What kind of a future can we promise our children, if we cannot even keep them safe? Ask yourselves if hate is the only legacy you’re going to leave behind.