Kids are brutally honest when it comes to writing answers. Many make a valid point, while others crack the best jokes. Here are 5 such answers by kids that will leave you surprised.

You will always find kids asking weird questions. And just like that, you will find them saying the most unexpected things. For example, a few months ago, we told you the story of a student who expressed their feelings for puttu in an essay. That essay went viral and won hearts all over social media.

Well, the kid who wrote the puttu essay is not alone on the list. Many have tried explaining their feelings during a test or examination and left their teachers stunned.

Here’s a list of such viral answers that went viral on social media.

A primary school student Myrah asked a genuine question in the answer section of a maths problem. And knowingly or unknowingly, the kid highlighted the error in the answer.

The question reads, “Jane has 12 crayons and Kim has 7 crayons. How many more crayons does Susan have than Kim?”

To this, the kid smartly asked, “Who is Susan?”

The picture of this answer sheet went viral later. In one of the answers, a six-year-old sketched to depict their imagination process.

So, the question was a follow up to the previous question that asked the students to explain how they came up with the answer.

And the child simply doodled the whole process. 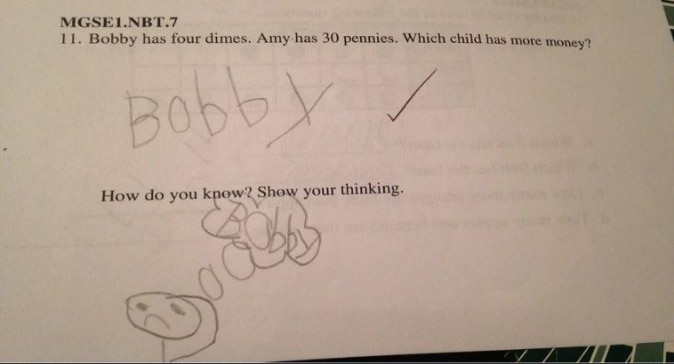 3. FILL IN WHAT YOU FEEL

In another question, a kid filled the blank with the most appropriate answer.

Instead of choosing from the two of the options given, the child wrote the right thing, and wrote that “You should not hit dogs.” 4. THE BEST WAY TO DEAL WITH HISTORY

Yes, I hate history as much as you do.

But this child knows exactly what to do with those history questions.

So, instead of mentioning which war or maybe a revolution ended, the kid gave a hilarious answer. 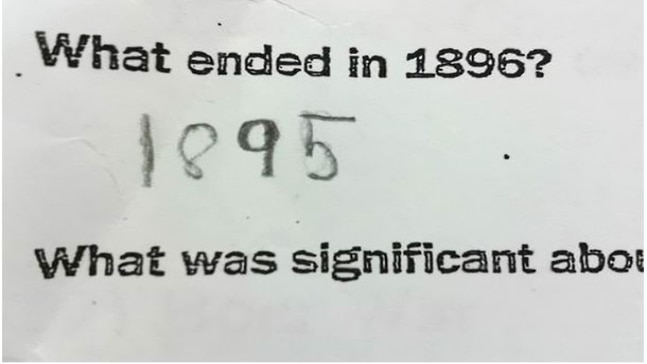 That one question that every child has to answer a million times during school is, “What do you want to be when you grow up?”

And to this, a girl replied that all she wants to do is make some soup and have it. (Priorities)

She explained the entire process that first, she wants to be a customer and buy ingredients for a soup. She then would like to go home and make some soup. #Funny viral answers, #Kids funny answers, #Funny answers, #Honestanswers
The views and opinions expressed in this article are those of the authors and do not necessarily reflect the official policy or position of DailyO.in or the India Today Group. The writers are solely responsible for any claims arising out of the contents of this article.