From gender stereotypes to warped mindsets, India has to change a lot to achieve equality at the workplace. More so in the law enforcement department.

Gender stereotypes portray women as victims and men as defenders.

And this is a big deterrent in women joining the police force. Since 1972, when Kiran Bedi became the first female IPS officer, women have constituted just 7.28 per cent of India’s total police force. This disparity is not even limited to India alone, around the globe the average percentage of women in the police force is about 15 per cent. The highest percentages are in Eastern European countries, but even there it is less than 40 per cent.

A concept that has done well in India is that of the Women Police Stations. The first was inaugurated in Kozhikode, Kerala in 1973 and there are presently 613 such stations across the country. As the name suggests, all the members of law enforcement in the station will be women. Though there has been criticism as this creates a separate space for women rather than sensitise society for better integration, they still seem to work. There has been an increase of 21.7 per cent in reports of domestic violence and 22.2 per cent in cases of female kidnapping. 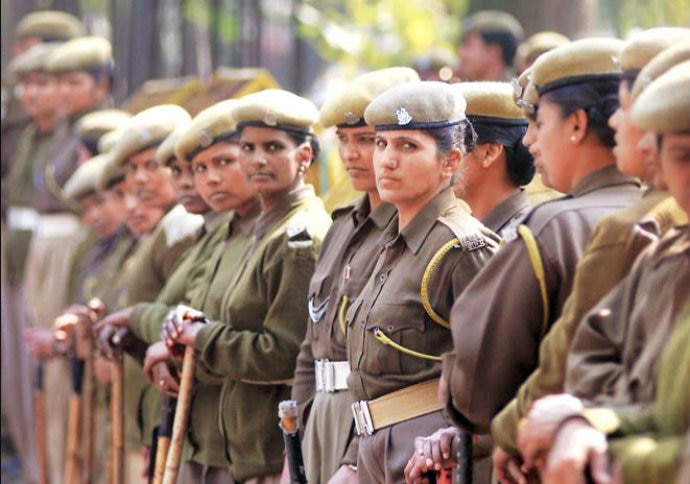 Policewomen were also less likely to use excessive force when dealing with potentially violent situations. Women were found to be better able to use communication to diffuse situations that were or could become violent. Women officers were found to be more empathic and compassionate, which helped them establish better relations with the public. These skills were found to be important in creating more trust for law enforcement within communities where they served.

Increasing the number of women in the police force was also a good tool to reduce gender discrimination and sexual harassment within the police force. Law enforcement has traditionally been seen as a man’s domain, and as such there are many instances of harassment and discrimination within these institutions. With more women in the force, the mindset of stereotyping and victim-blaming reduces according to studies (this and this) conducted within the US. 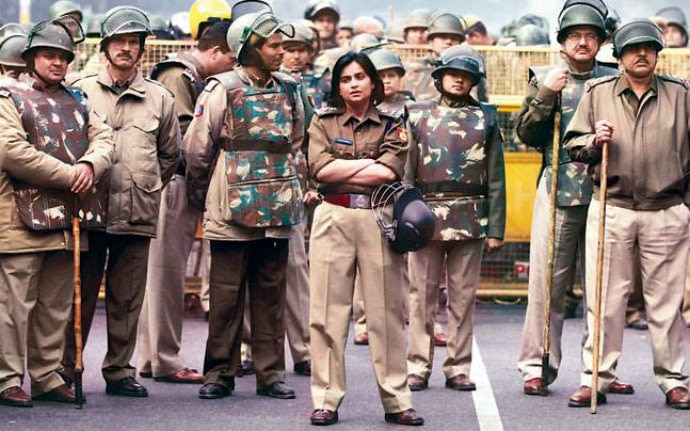 Will reservation get women to opt for a career in law enforcement? (Source: IndiaToday.com)

Scepticism is common, as people still believe that women are incapable — both physically and mentally — of being in law enforcement. However, the physical tests that are present for recruitment are mandatory for all recruits to pass. This nullifies the question of physical incapability. As far as mental capabilities go, women have shown their ability to handle high-pressure situations, as is evidenced by female heads of state, high ranking law enforcement officials and our very own Minister for Defence, Nirmala Sitharaman.

India’s Cabinet in 2015 created a reservation of 33 per cent for women in the police forces of Delhi and other Union Territories. This was done to enable confidence in women so they are able to report sexual crimes committed against them. An advisory was sent from the Ministry of Home Affairs in 2009 to all states to raise the reservations for women in their police forces to the said quota. To this date, none of the states have managed to achieve those numbers. In fact, many states still have no reservation for women in their police forces. There was another provision that allows only female police officers to report and record statements of women who have been victims of a crime. But, to little or no effect. 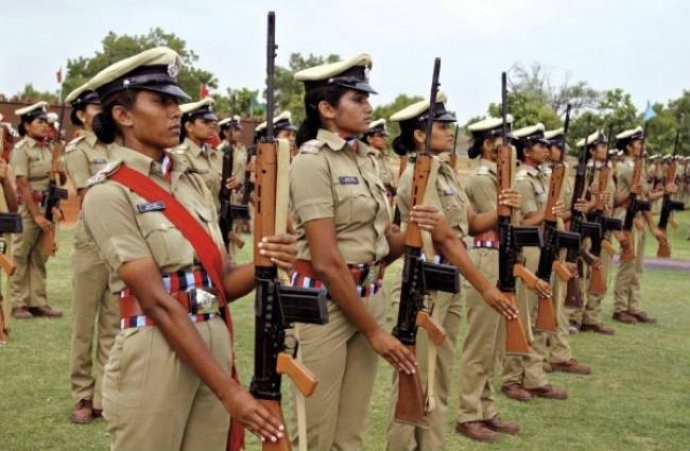 Many states still have no reservation for women in their police forces. (Source: AajTak)

A large part of this could be because of the social stereotypes that surround women in India. These perceptions prevent them from opting for a career in law enforcement. Clearly, enforcing a reservation alone will not be sufficient to get more women to join the police force. Rather, working on the mindsets of girls, boys, parents and teachers will be essential. After the gangrape of Nirbhaya, many law enforcement agencies were made to undergo sensitisation training. These trainings are key to removing the beliefs that make women unable to think of themselves as saviours, whether to themselves or to others.

Ranked first in the list of unsafe countries in the world for women, India has a lot of work to do to ensure the safety of half its population. The argument that equality does not allow for reservations is a sound one, but for equality to exist there must first be equal opportunities. And we have seen that the female population of our country do not receive equal opportunities. Even if workplaces become gender neutral there is still the psychological baggage of ‘not being capable of working’ to consider. In order for a society to be equal, we have to account for the disparity in care, education and stereotypes. To see that the reservation works, one only has to recall the state of the Panchayat system within the nation.

India may be on the right track, but it still has quite a long distance to cover.

Also read: Delhi woman beating up man flashing at her is encouraging, but the crowd’s response is gut-wrenching

#Women Empowerment, #Women police, #Law enforcement, #Gender Inequality
The views and opinions expressed in this article are those of the authors and do not necessarily reflect the official policy or position of DailyO.in or the India Today Group. The writers are solely responsible for any claims arising out of the contents of this article.