Indians created great science well before the West. Mocking inventions by sages, philosophers and physicians only shows the ignorance of liberals.

No, Mata Sita was not a test tube baby. Nor did the internet exist during the war of the Mahabharata . There is no evidence either of a "Pushpak Viman" crisscrossing the ancient Indian skies. 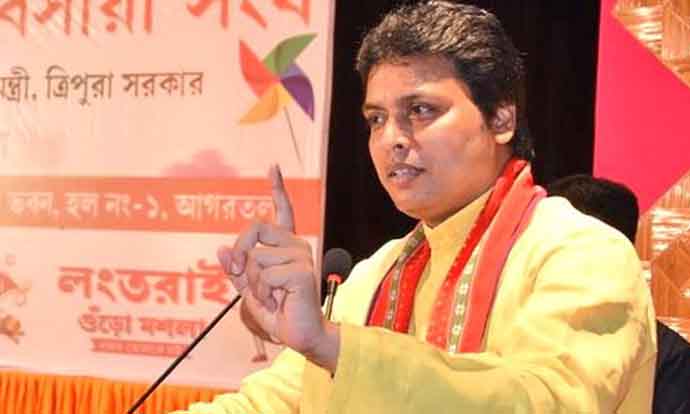 Beep, beep: Biplab got caught in a Web. [Credit: Twitter]

So, let’s get that out of the way first.

When the Indian Prime Minister Narendra Modi mentioned Lord Ganesha and plastic surgery in the same sentence, he wasn’t referring to the grafting of the head of an elephant onto the body of a man to create a 'hybrid' man – such a thought would be preposterous. 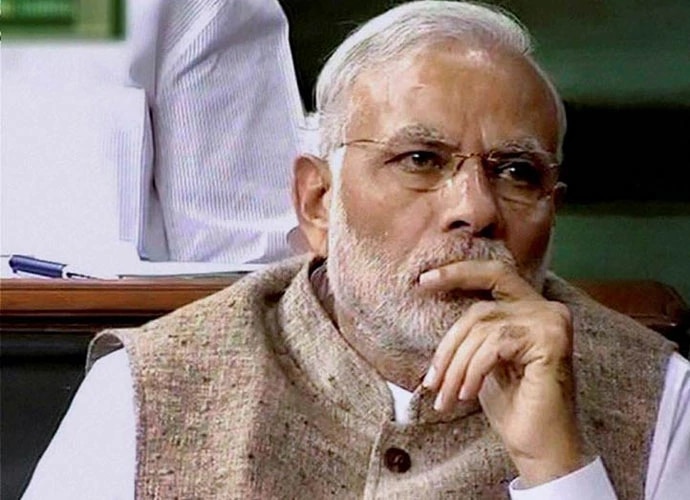 However, we all know that rhinoplasty surgery is described in the Sushruta Samhita. The Samhita is a book written by the physician Sushruta in 600 BCE. Similarly, Dr Harsh Vardhan, India’s minister for science and technology, claiming the science behind the Pythagorean theorem could have originated in India should be seen in the same context. While talking about the Pythagoras theorem and its origin in 2500 BCE in Egypt, Dr Manjul Bhargava, the Fields Medal-winning mathematician from Princeton University, once said, “There is no statement of the theorem anywhere but there is some knowledge …” However, the Pythagorean theorem, “first occurs about 800 BCE in India in the Shulba Sutra of Baudhayana,” Dr Bhargava reportedly said.

We also know that Panini’s (4th century BCE or earlier) grammar, The Ashtadhyayi, is the only complete, explicit and rule-bound grammar of any human language. Additionally, The Ashtadhyayi has several formal features that have direct parallels in computer science. Yaska’s (7th century BCE or earlier) Nirukta is the first serious work on etymology. Yaska was also the first scholar to treat etymology as an independent science. The fact is, Indians mastered the basic mathematical algorithm of addition, subtraction, multiplication and division at least a thousand years earlier than Europeans even began to understand it. The word "algorithm" is associated with Al Khwarizmi, who borrowed and translated basic mathematical texts from India in his book Hisab-i-Hind. We also know now that the spread of calculus to the West was through the Kerala School of Mathematics. Divine calculus: It was the Kerala School of Mathematics from where calculus spread to the West. [Credit: Wikimedia Commons]

Human imagination is boundless. This very fact about the imagination has made human life so challenging, yet fulfilling. We humans have dreamt about many things before actually building them. As the famous poet Gulzar once wrote, “Ankhon ko visa nahin lagta, sapnon ki sarhad nahin hoti” (the eyes don’t need a visa, dreams don’t have borders). This journey — from an abstract mental concept to manifest concrete reality — is extremely important.

Similarly, human beings are capable of making random assumptions; we all make such assumptions all the time. In cross-cultural contact situations, some (or most) of these assumptions may be in conflict with each other.

When a statement is made about Ma Sita possibly being a test tube baby, or Sanjaya from the Mahabharata using the internet to narrate the happenings on the battlefield of Kurukshetra, this conflicts sharply with the assumptions of a certain class of people – who then mock both the statements and the culture that underlie them. Such people include Marxists as well as the educated middle class — and they exhibit extreme contempt towards Indian beliefs, traditions as well as a knowledge system that is indigenous to ancient India.

While much of this contempt is due to prejudice, ignorance of – and a bias against – India's own traditions and knowledge system is also a factor for this cutting, scornful attitude.

Most modern biases are, among other reasons, a direct product of outsiders who described and defined India from their own lenses. With the rise of the West, to quote academic Arvind Sharma, “the West became familiar with the religions of the Americas, Africa, and Asia and main mode of transmission about these religions became one from outsider to outsider...” ("Dharma and the Academy: A Hindu Academic’s View", American Journal of Indic Studies Vol 1 Num 1).

As a result, the "insider" views of traditional Indian academics and scholars were frequently discarded as "inferior" and not worthy of consideration. The relentless onslaught of faux-secularist propaganda only added to the dismal situation.

Philosophers Vishwa Adluri and Joydeep Bagchee, in their ground-breaking work The Nay Science: A History of German Indology (Oxford University Press, 2014) show how the discipline of Indology, as the fountainhead of the modern academic study of India, was rooted in troubling philosophical assumptions that provided inaccurate readings of the culture it was studying. The authors claim that the work of the Indologists was an outcome of Protestant debates over the scriptures. Over time, but consciously, their view states, a Protestant bias was injected and then established in the study of India.

Similarly, according to SN Balagangadhara (What do Indians Need, A History of the Past), “… the attitude of writing a history of Indian culture and civilization, based on a meticulous "study" of the past, is not anything new. It is an old knee-jerk reaction to the Protestant critique of Indian culture and traditions.”

Similar to the German Indologists, colonial-era evangelists in India also played a significant role in creating a negative attitude towards its ancient culture and traditions. Hindu beliefs were considered "pagan" and "heresy" and were looked down upon by the missionaries. Contact with European powers, the spread of Western thoughts and ideas, and the establishment of the English language-based education system gave rise to what is called the "Socio-Religious Reform Movement" of the 19th century.

Many of these "reformers" were English-educated elites — they rejected many elements of the Indian cultural tradition as irrational, illogical and unscientific.

This trend still continues. It seems like the only way you can earn a "liberal" "intellectual" tag by mocking those who are happy to think well of an ancient India which accomplished a great deal scientifically, philosopically, etc.

The hurtful mocking of a Hindu past is often taken for granted. But it shows more about those jeering than the achievements, or the imagination, they hit out at.

Thus, when many mock claims made about the "test tube baby", the internet, the Pushpak Viman and plastic surgery, they not only show an extra dose of contempt towards Indian culture — they also show their inability to accept the merits of the Indian knowledge tradition.

Or simply, to be able to respect and not hurt others' sentiments.

Post your comment
#Sita test tube baby, #Liberals, #Hinduism, #Vedic Science
The views and opinions expressed in this article are those of the authors and do not necessarily reflect the official policy or position of DailyO.in or the India Today Group. The writers are solely responsible for any claims arising out of the contents of this article.