DailyOh! Are locusts a bad omen, to how rising heat will reduce working hours

The Bible and Quran condemned Egypt with locust attack. Has the end arrived?

After all the talk of India is in it together and decisions will be based on consensus, the only consensus that political parties have reached is to get back to politics and talk at each other. We will not venture into it because that’s a chakravyuh we can’t come out of. The politics of blame game is heating up as is the planet. Let’s talk about the planet because who wants to talk politics all the time?

On Planet Earth, on Tuesday, India had 10 of the 15 hottest cities in the world. Rajasthan’s Churu was leading the pack at 50 degrees Celsius. Banda in Uttar Pradesh and Hisar in Haryana also recorded temperatures of 48 degrees Celsius. The national capital sizzled at 47.6 degrees Celsius. No takers for this sizzler though. Ten of the 15 cities that recorded the highest temperatures across the world on Tuesday are in India. (Photo: Reuters)

Going to office every morning may have been a drag, but the rise in temperatures may just increase the lure to get back to office – centrally air-conditioned spaces with full power backup. Now, not everyone works in offices. The workplace could well be a farm or factory or a construction site for many. An International Labour Organization report, Working On A Warmer Planet, says agriculture and construction work could lose 5.8 per cent of working hours in 2030. That is a productivity loss equivalent to 34 million full-time jobs.

This will happen because it will be too hot to work. Summer months have already begun to see increased lunch hours so that workers can avoid the extreme heat hours of the day. For now, it doesn’t mean they work fewer hours. To avoid working under extreme heat, they start early and work past sundown. 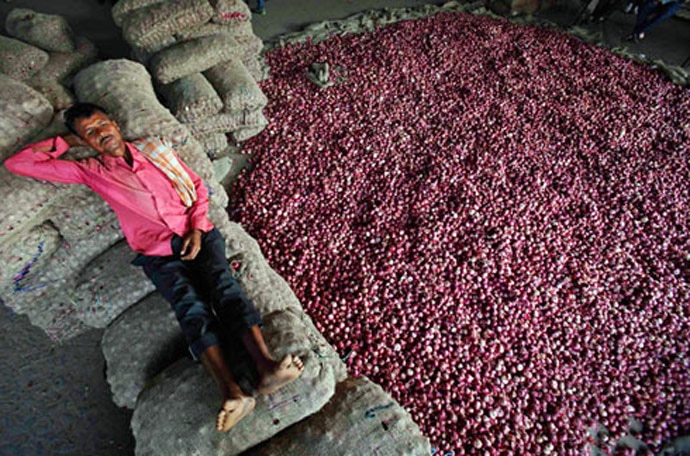 Agriculture and construction work could lose 5.8 per cent of working hours in 2030. (Photo: Reuters)

Hasn’t it already begun happening to you?

You know there are countries in the world that have never seen what a power cut is? There are grid failures once in a couple of years, but not like in India where a strong breeze too sends us scurrying for candles through the house.

Sounds like a fairy tale to us here over 70 years after we have come on our own.

Talking of fairy tales, JK Rowling has one for you. She actually has one for children, but then there is a child in each one of us, they say, so it’s for children and the child inside the adults. Rowling, the creator of Harry Potter, has written a new children's book The Ickabog. The Harry Potter books were costly but The Ickabog is free and available online. If you are a diehard fan of hardbound books, worry not. The book will be available in hardcopy format but only in November. For now, you can read it here.

The book may remind you of the books and stories you read as a child, that is, if you read as a child. But it reminded us of the first children’s book - A Little Pretty Pocket-Book. The book was the first children's publication that came with a mix of rhymes, picture stories and games for pleasure. The book was published in 1744 by John Newberry. It became extremely popular in England. To market the book, it was sold with balls for boys, and pincushions for girls. You may say that is sexist and we agree. But if you can introduce people to reading, they can read about sexism too. What they choose to do with what they read, is up to them though.

For now, all industries are going bust because the coronavirus outbreak has brought economic activity to a virtual halt. Business activities that thrive in the virtual world are, however, on.

On the ground, the agricultural economy is facing a threat. Yes, the production in India has been good but locusts are out to eat what has been produced. Going by the size of a locust you may wonder, how much can it eat. But remember locusts don’t eat, they party. We mean they hunt in hordes. That’s called a swarm. A locust can eat food equal to their body weight.

But each swarm has about 80 lakh locusts. This party can finish food that about 2,500 people will finish in a day. Why do they eat so much? Maybe because they know life is short. The average life of a locust is 90 days, that’s about three months.

But locusts are pretty old. So old that they find reference in the Bible too. Since locust is our Word Of The Day, let’s just tell you how to pronounce it, because to many, the word appears to be a tongue-twister. It’s pronounced exactly as it is written, if you need more clarity, listen to this:

The Oxford dictionary defines locust thus: “a large insect that lives in hot countries and sometimes flies in large groups, destroying all the plants and crops of an area”. Locusts are considered harbingers of bad omen. Is the worst not over for the world? The answer depends on your belief in omens.

But here is what the Bible says about them.

The vengeful god of The Old Testament sends a swarm of locusts to teach the Egyptians a lesson for enslaving Jews, saying: “Let my people go, so that they may worship me. If you refuse to let them go, I will bring locusts into your country tomorrow. They will cover the face of the ground so that it cannot be seen. They will devour what little you have left after the hail, including every tree that is growing in your fields.”

It is said Egypt was visited by plague after this. The world is already dealing with an unwelcome visit from the coronavirus, with over 3,52,273 dead. Locusts are considered a curse upon the world. (Photo: Reuters)

The Quran too mentions locusts in one verse, saying Allah punished Egypt with five different plagues that are the flood, the locusts, the lice, the frogs and the blood.

The warning was for Egypt, but we are concerned about locusts in India right now. Quite like the coronavirus, locusts also spread from country to country. Just that they need no human body to spread.

They can fly across borders (even if we can't right now).

Is the end of the world here? Don’t lose heart, locusts and viruses have all come and gone, the world has survived. If all humans die like all dinosaurs died, we guess, the world will still survive. So the end of world is not here; the same can’t be said about humans. Just kidding. Don’t despair. Remember, in India, the recovery rate from Covid-19 has risen from 7.1 per cent in March to 41.61 per cent in May.

Humans will live through the coronavirus as would their idiocy.

Healthcare products company Kent hit a new high of idiocy with its latest ad. The people who wrote the ad copy and those who approved it at Kent are our Covidiots Of The Day.

Let us tell you what the ad is about. It’s about an aata maker. Or atta maker, however you spell it. The ad asks, “Are you allowing your maid to knead atta dough by hand?” Then it says, “Her hands may be infected.” So what to do? “Bring home Kent atta maker”. The aata maker can also double up as bread maker, just in case you are interested in buying the product. Many call the ad classist. They sound like borderline cases of idiocy. There is nothing classist about the ad. People who believe the infection can only reach the maids’ hands and not theirs because they use the hands to pay the maids, are ignorant fools. No class in being a fool.

To claim class by propagating untouchablity is a clever ploy to sound woke after indulging in vile. To claim class even by denouncing untouchability is rich for those who consider they served humanity well by speaking for the maid. Your renunciation lies in fighting your inherent hypocrisy. The rest is empty talking.

A maid, a driver, an actor, a painter, a journalist, a Tom, a Dick, and a Harry can all have infected hands. They need soaps and sanitisers. Kent needs better copy writers.

From us, that will be all for today. Don't forget to wash your hands and have that mask on.

#Covidiot, #Kent, #Coronavirus, #Locust
The views and opinions expressed in this article are those of the authors and do not necessarily reflect the official policy or position of DailyO.in or the India Today Group. The writers are solely responsible for any claims arising out of the contents of this article.