Shatrughan finally on the way out of BJP: Why this is win-win for all only for the time being

Will the BJP have the last laugh?

Like his alleged animosity with Amitabh Bachchan, his feelings towards his soon-to-be former party BJP were no secret. Justifying his moniker 'Shotgun', he rarely stopped taking potshots at the BJP.

But can Shatrughan Sinha be seen as BJP’s loss to the Congress? Or, is there more here than meets the eye?

Shatrughan Sinha’s entry to politics was in 1992, on the occasion of New Delhi by-election. It was for the Lok Sabha seat vacated by LK Advani, who won both New Delhi and Gandhinagar Lok Sabha seats in 1991's General Election - and decided to resign from the New Delhi seat.

It was a memorable election as 125 candidates - including Phoolan Devi -were in the fray. The BJP fielded Shatrughan Sinha against the Congress’s Rajesh Khanna. Is the Congress going to swallow a bitter pill, the effect of which will be understood only after May 23? (Photo: Twitter)

But this prestigious fight from Advani’s seat heightened Shatrughan’s significance in the party and it was a smooth stint - until the 2014 Lok Sabha Election in which Narendra Modi was the PM candidate. This now became an old school versus new school fight, as 72-year-old Shatrughan Sinha belonged to the Vajpayee-Advani sect. Shotgun was a favourite of BJP's old school. (Photo: PIB)

From then on, it has been a dragged, and dull political journey, the only pepper being his unbridled attack against his party and party leaders.

Shotgun is a two-time MP from Patna Sahib. The constituency saw a heated fight between the BJP and the Congress in 2014 (Shatrughan Sinha: 4,85,905; Kunal Singh: 2,20,100). But Shotgun was not given a ministerial post, while he was a central minister in Vajpayee's Cabinet. The original Bihari babu, there are reasons why he's never khamosh. (Photo: Twitter)

And after the Congress’s big win in the  2018 Assembly elections in the Hindi heartland, he turned perceptibly towards Rahul Gandhi.

Why didn’t he resign from the party instead of being a rebel BJP leader, you ask?

Simple - he didn’t want to lose his Patna Sahib.

Why didn’t the party expel him?

Simpler. He would continue to be the MP, which the party didn’t want.

The party didn’t field him from Patna Sahib. Instead, it chose Ravi Shankar Prasad. In a desperate bid to retain Patna Sahib, now Shatrughan Sinha is crossing over to the Congress — the party against which he contested his first election. 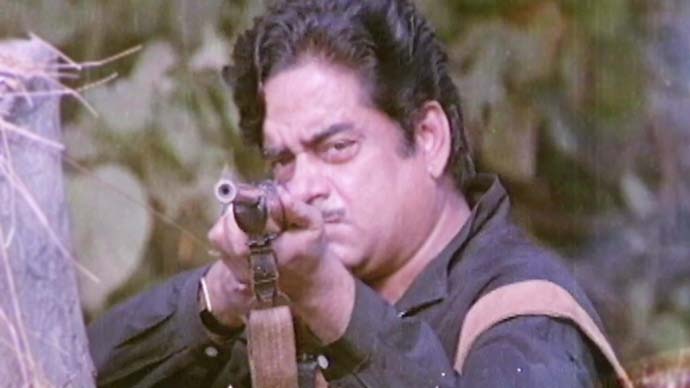 Shotgun fires again. Will he hit his target or fire a blank? (Photo: YouTube)

Patna Sahib is not the Congress's stronghold though. It may now reap a rich dividend of Shatrughan's long political career.

Meanwhile, Shatrughan gets to contest from his home turf.

And the BJP is experimenting in its winning seat.

#Ravi Shankar Prasad, #Patna sahib, #Lok Sabha elections 2019, #Shatrughan Sinha
The views and opinions expressed in this article are those of the authors and do not necessarily reflect the official policy or position of DailyO.in or the India Today Group. The writers are solely responsible for any claims arising out of the contents of this article.