Loss, the art of creating art out of loss: Book Review

Writers are often told that words are all we have. So then, why do we run out of exactly that - words - in the face of grief, loss, pain? Why is it that death leaves us a little reduced, a little less than what we were around the person who has died? In his little book of longing and loss, and love, Siddharth Dhanvant Shanghvi finds himself rummaging for answers in the drawers of memory, where loss is but a living, breathing beast. How we come to terms with the inevitable reality of death is what forms the crux of Shanghvi's elegant little book, Loss. At 130 odd pages, Loss does not demand a lot of your time. But it burrows into your very being. Shanghvi's words are pregnant with emotions, with imagery, with the cruelty of past and hope for a future. There probably couldn't have been a better time for this book to drop. This year, all of us have had to face our darkest fear: loneliness. How a year snatched everything that we loved, but also left us to see life for exactly what it is: pared down, just the basics, just what we need to survive. What is it that we need to survive, after all?

In Loss, Shanghvi's telling of three deaths; his father, Dhanvant, mother Padmini, and a close friend - a dachshund, Bruschetta, has an immersive quality. The prose is exquisite. The words wash over you like the seawater at that little village in Goa, Moira, where the author spends his days, a swim a day, longing for the shore. The vivid detailing of everyday relations - these are his parents and a dog he is writing about - vacuum the mundanity out of the ordinary; elevating it to a different level altogether. Such is the power of the words in Loss. 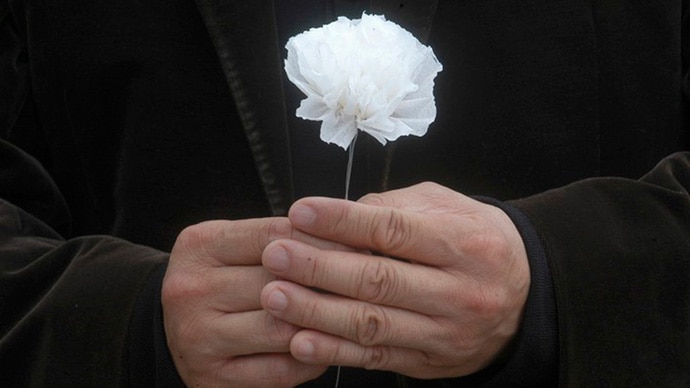 Life doesn't quite stop for us to take in the ordinariness of death. (Photo: Reuters)

We often associate death with losing. We lose a person, a parent, a friend, a lover, a favourite pet, but life doesn't quite stop for us to take in the ordinariness of death. We never really think that it happens to everyone. Like Siddhartha, who asked for a grain of rice from a home that had seen no death, his namesake author makes death part of life, part of routine, through Loss. In the words he writes, in the life he says he has made for himself.

The book takes one through the myriad emotions Shanghvi had had to make sense of first, then deal with, and eventually embrace it in the folds of his life. In this process, Loss becomes a talisman. You want to keep it on the nightstand. To go back to, when words are simply not enough to deal with the grief.

Also Read: Why you'll always grieve for the ones you lost