Restaurants that play loud, headbanging numbers spoil the joy of eating out and our enjoyment of cuisine. Do they play it louder to hide off notes in the food?

The year was 1990 and I was in Calcutta, getting ready for my Board exams in school.

Breaking through the humdrum existence of trying to navigate my way through math and chemistry equations, the angst of Bengali prose, dates in history and the latitude and longitude mapping of "topo-sheets" for geography, was the news trickling in from distant Panama. Stories that we would read about in the venerable newspaper, The Statesman, which would then be brought to life by Dr Prannoy Roy in his TV show called The World This Week which was shown on Friday nights.

This was "the news" — that the US government was using something called "psychological warfare" to get a local leader named Manuel Noriega, who was holed in the Papal embassy in Panama, to come out and surrender. To do this, they were apparently blaring rock music at high decibels to make it unbearable for Noriega to stay in, and hence, hopefully, to come out and surrender. This was a bit like how we felt during power cuts, or "load-shedding" as we called it back then, because of the heat. 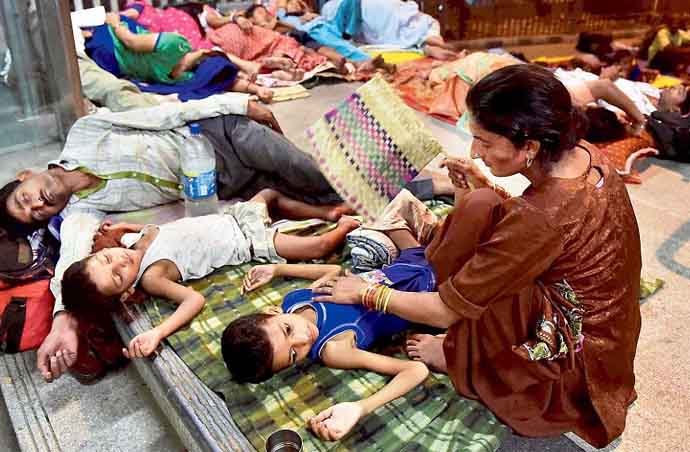 Keep calm and 'enjoy' the heat.

The plan did work — Manuel Noriega did give himself up.

My friends and I were most tickled by the incident.

I even used it in a piece that I had written for my school magazine a few months later, feeling rather pleased with myself.

Little did I know that the joke would come back to haunt me one day.

And it did, close to three decades later, when I went for breakfast to a newly opened restaurant in Bandra in Mumbai, a city I had left Kolkata for two decades back. Joining me for breakfast was my mother who was visiting us and a mutual friend of ours from here.

I had not been to this restaurant before and was looking forward to some new discoveries there. We climbed up one floor as the lift was not working that early in the day and then stepped into the restaurant. The place looked bright and pretty. Perfect for Instagram.

There was a slight problem though.

We were assaulted — and I use the word judiciously — assaulted by high-decibel music the moment we entered. 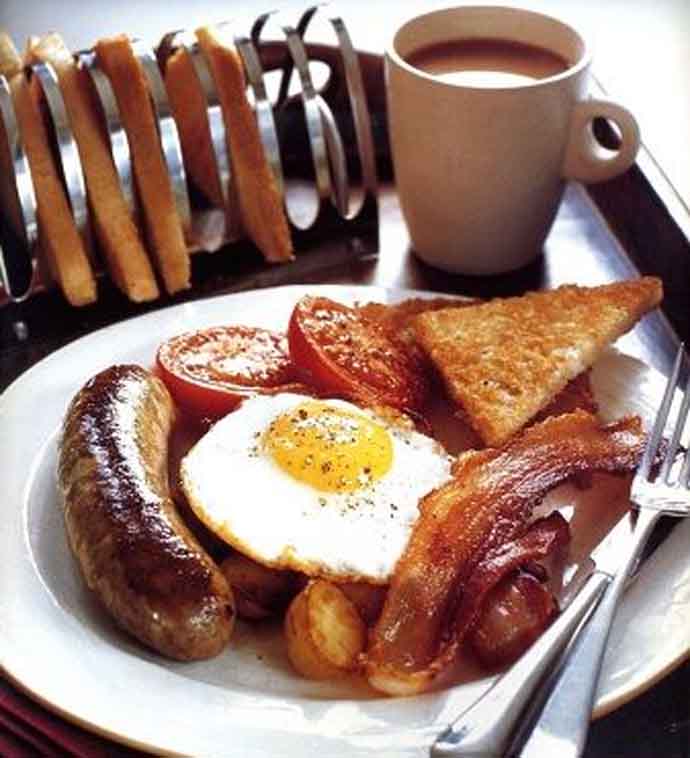 Loud music for breakfast? No, thank you.

This is not the first time that I had come to a café in Bandra for breakfast, where the music was loud. Given that I am neither a morning person, nor someone who can stand noise in general, this does not work for me. Especially before breakfast and my first cappuccino of the day. I had requested the restaurant staff in other places to reduce the volume of the PA when this had happened, and they had most promptly done so.

This time, I ran out of luck. Despite requesting for the volume to be lowered at least four times (I counted), they didn’t oblige.

We finally decided to make the most of the situation though and tried to have a conversation, while we ground our teeth through the meal because of the noise, and then, finally left.

I resolved never to return. Some people's idea of a power breakfast.

The restaurant in question is one of the modern resto-bars and is aimed at a younger crowd, I guess. The sort of place which offers patchy food doused with butter, cheese and grease, served with drinks in mason jars and where noise levels do not matter possibly. Though definitely not a place to go on a date.

However, this was breakfast time — and apart from our table, where the collective age ranged from forty to seventy years, there was a table with a middle-aged couple and their two teenage children. At another table, a very popular young comedian was having a quiet conversation with someone who seemed to be a business associate, a "power breakfast", as they call it. I could not imagine any of us being interested in the head-banger’s ball that we were privy to in the restaurant.

The incident reminded me of an evening a couple of months back at another newly opened restaurant, the talk of the town ever since it opened. I was keen to check out the place and went there for dinner on a weekday with my wife and a friend of ours from overseas, a food writer who wanted to visit the restaurant too after hearing all the buzz about it. The crowd there was not the teenybopper one which I would expect the earlier restaurant to have — yet, here too, the music was blaring out at the highest of decibels.

We were keen to come up to speed with what was happening in each other’s lives as a lot had occurred since we had last met. However, the music rendered conversation impossible and we quietly took selfies instead.

This was rather ironical as the restaurant was one of those places where the waiting staff and the chefs are very enthusiastic about the food and come out to explain the menu to you. But the noise nullified their valiant attempts and we ordered our food without much guidance, landing up thus with a mix of some good and some average dishes. 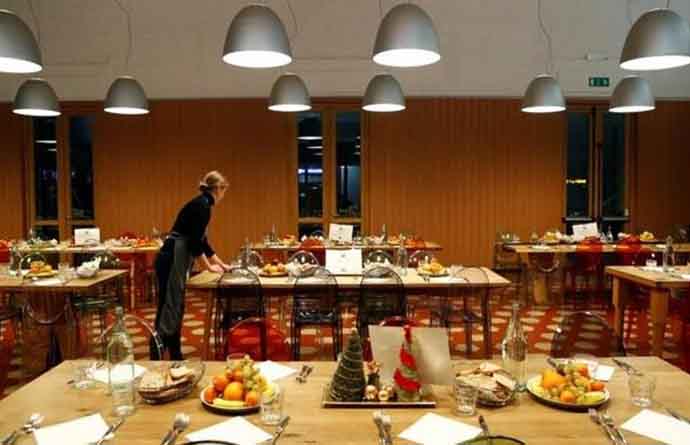 Good food is a feast for the eyes and taste. Not for the ears.

After these experiences, where even good food tasted of nothing as your ears were under severe assault, it finally dawned on me exactly what Papa Noriega had gone through back then — and it suddenly did not seem that funny.

However, we were no South American despots! We were just folks who were paying hard-earned money in the hope of having a good experience. So, why subject us to this psychological warfare, I wondered.

A tweet that I had sent out in frustration on the subject while at the breakfast made me realise that I was not alone in my angst — loud noise in restaurants is something that bugs many.

Author Kiran Manral tweeted in reply from Mumbai and said, “It seems to be a trend at most places” and then, “why impose bad music and loud at that to ruin a dining experience?” The Delhi-based restaurant critic, Marryam H Reshii, joined the conversation and added, “But there must be some reason for (a) the volume and (b) the choice of truly tasteless music. It exists across the country.”

So, what could the reasons be?

To start with, it could be that the restaurant owners actually want to do a Noriega on us and prevent diners from lounging around; they could possibly hasten the turnover this way.

A newspaper report I chanced upon, published on the same day, referred to a study which said that loud music makes one order greasy food — why restaurant owners would want us to order greasy food is beyond me, though grease can camouflage mediocre food and ingredients.

Given that the food in both the restaurants that I referred to was hit and miss, perhaps the idea indeed was to divert the focus from the food through the noise.

I decided to give the conspiracy theories a bit of a rest though and instead remembered the many lovely meals that I have had at the restaurants here in Mumbai, places that I keep going back to. The first thing that came to mind for each of these restaurants was the food, above everything else. To be honest, I could not even remember if any of them played music. If they did, it must have been truly "ambient". 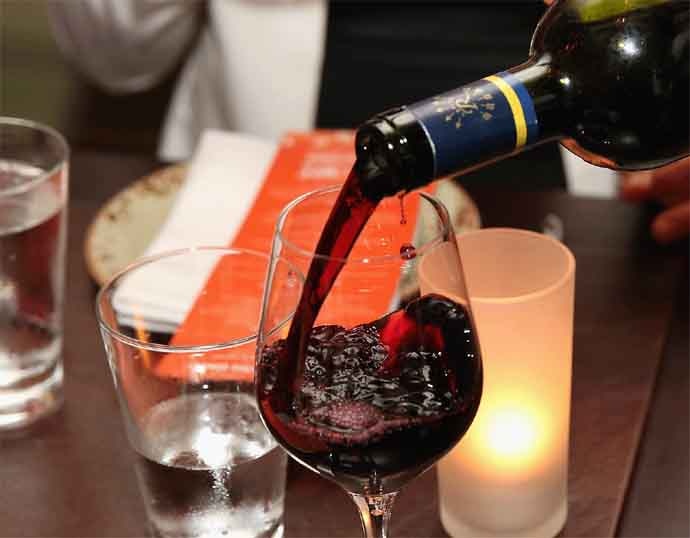 One of the nicest sounds you can hear when dining out.

That’s when it struck me — when I step out to eat, it is the food on the plate that has to sing to me. Not the boom-box in the restaurant!

(Or perhaps, I have grown old and I should have my meals at home, just as our mothers had always wanted us to).

Post your comment
#Mumbai, #Fine dining, #Loudspeakers, #Restaurants
The views and opinions expressed in this article are those of the authors and do not necessarily reflect the official policy or position of DailyO.in or the India Today Group. The writers are solely responsible for any claims arising out of the contents of this article.