Satna 'beef' lynching – Why MP government must say, not in my name

Yet another Muslim has been killed by cow vigilantes, this time in BJP-ruled Madhya Pradesh. Without firm action, government will look weak – or complicit.

A man has been killed and his companion left critically injured near Satna in Madhya Pradesh after villagers beat them up on “suspicion” of cow slaughter, because they were carrying meat. The incident in which, Riyaz, reportedly a tailor by profession, lost his life, took place on the night between May 17 and May 18. No word has yet been heard on the matter from Madhya Pradesh chief minister Shivraj Singh Chouhan, or from home minister Rajnath Singh, who even visited Satna on May 20 to inaugurate a statue. 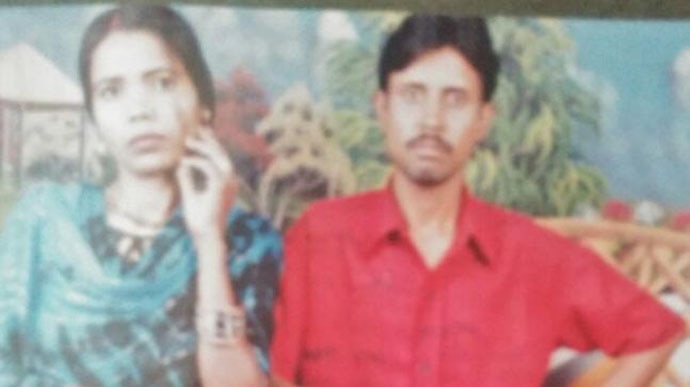 Riyaz (right), 45, reportedly a tailor by profession, has been beaten to death.

It is not just the government that apparently did not consider this murder “major” enough. The crime hardly made it to the front page of newspapers or hit the TV headlines; the silence over Satna is a chilling demonstration of how much hate crimes have been normalised – Muslims being killed because locals assumed they might have killed a cow – or indeed, because, as some reports have stated in the Satna case, they may demand back money that is owed to them, meted out vigilantism instead – is not “big news” anymore.

The blame for this silence and this callousness lies squarely at the door of the BJP, which is in power at the Centre and in the states worst hit by such vigilantism.

Hate crimes do not take place in a vacuum - they are the result of a constant stoking of communal passions, a society kept on the boil perpetually because religious polarisation delivers political dividends.

When the government fails to act against such acts, it emboldens the perpetrators, who can then use religious vigilantism to settle all manner of scores. The BJP government in states where such cases have taken place – including those of Mohammad Akhlaq in Uttar Pradesh, Junaid Khan in Haryana, Pehlu Khan in Rajasthan – has done worse than that. Through various acts of omission and commission, it has frequently legitimised the violence, seemingly underlining that protecting “cow warriors” is more important than getting justice for their victims.

The results have been damning – according to a study by IndiaSpend, from 2012 to 2017, 78 cow-related hate crimes were reported in India. As many as 97 per cent of these took place since the BJP government under Prime Minister Narendra Modi came to power in May 2014. Of the 29 victims, 25 were Muslims.

Cow vigilantism has also become a front for economic violence against Muslims – a Reuters  report has found, for instance, that animals “gau rakshaks” seize from Muslims are then distributed among Hindus. 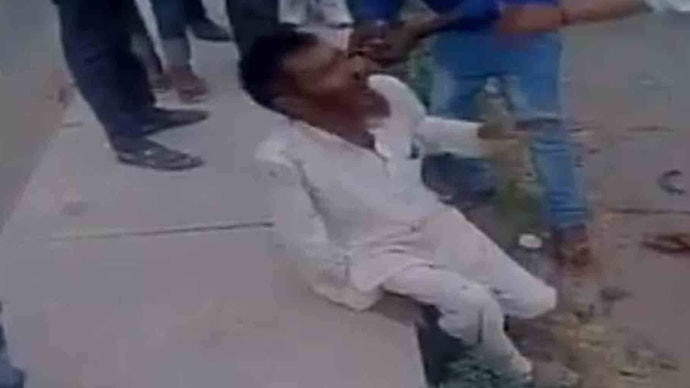 Almost a year after Pehlu Khan was lynched in Rajasthan. his family still awaits justice.

The latest case in Madhya Pradesh is following the dangerous trend witnessed in other states – while four people have been arrested for the assault, the victims – 45-year-old Riyaz, who died, and 35-year-old Shakeel, who is in a coma – have been booked for cow slaughter. The meat found with them has not been tested though; according to the police, the civil surgeon at the local hospital “thought it might be beef”.

Madhya Pradesh is due for polls in a few months’ time, and Chouhan faces massive anti-incumbency. The recent past has shown a clear trend of communal violence increasing in the lead-up to Assembly elections, and the BJP benefitting from it.

But turning the country into a tinderbox just to win elections is alarming – and unacceptable. The BJP needs to realise that its job does not end with winning elections - it is then supposed to govern, without bias or favour, and one community or category of citizens being consistently intimidated, bullied or assaulted by another is a blot of shame upon any government.

In fact, the governments in Madhya Pradesh, Rajasthan, UP and Haryana need not even look too far for improving lessons – the BJP-ruled Jharkhand, by convicting 11 people in a case of cow slaughter in less than nine months, has shown that justice can be ensured, if the administration shows clear and positive intent.

The Supreme Court has repeatedly asked the Centre and various states to clamp down on cases of cow terrorism. By failing to ensure this, the governments are failing in their constitutional duty, and making themselves look ineffectual – or worse, unwilling.