Gayatri Devi and Jai Singh to Padmanabh: What lies beneath the glamour of Jaipur

John Zubrzycki's fascinating inside story of India's most glamorous royal family, The House of Jaipur, breaks quite a few of the myths that anyone who has read about Gayatri Devi, came to believe in.

No other royal has captivated India in the 20th Century as much as the House of Jaipur. If you were to zero in a little further, it is Gayatri Devi. For millennials like me, she was an icon of womanpower and fashion. And a mercurial princess who saw her home falling prey to the vagaries of time, fate, and alcoholism. The House of Jaipur is intricately intertwined with the erstwhile Kingdom of Cooch Behar. Through Ayesha — the name Gayatri was called by at home — Cooch Behar went to Jaipur and became an integral part of Indian royalty. But was Gayatri Devi really the beacon of feminism that 20th-Century India had come to associate her with? 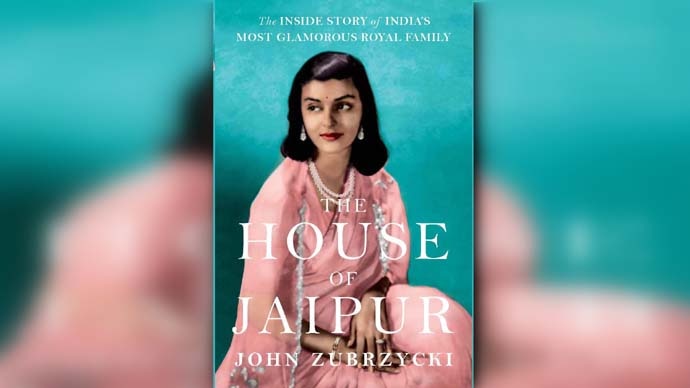 The House of Jaipur (Juggernaut Books, Pages 384) clears the halo from around Gayatri Devi and mortalises her as just Ayesha. (Photo: johnzubrzycki.com)

John Zubrzycki's fascinating inside story of India's most glamorous royal family, The House of Jaipur, breaks quite a few of those myths that anyone who has read about Gayatri Devi, came to believe in. Zubrzycki delves deep into the House of Jaipur, from A Boy Named Mormukut (Jai Singh) to the dashing 21-year-old Gucci-ramp-walking king of Jaipur in a democracy: Padmanabh Singh. The author gives a ringside view of the struggle between monarchy and modernity in a world where royalty is fit for museums. In an all-new democratic world order, how the Jaipurs fought to remain relevant; be it by fighting elections, to anonymously donating priceless jewellery to trusts outside the country, or to even listing the City Palace of Jaipur on Airbnb. This family has done it all. All of it, under the harsh white light of public scrutiny.

The Jaipur royal family has gone to court to see the end of a bitter fight over property. It has seen blue blood mixing with red as the people of Jaipur rose in rebellion, and then the fickle mob coming back to embrace with open arms the princess's husband. In The House of Jaipur, author John Zubrzycki traces the glamour and the romance, the joys and the tragedies, all with stunning clarity. The House of Jaipur clears the halo from around Gayatri Devi and mortalises her as just Ayesha. Ayesha, 'the broomstick' who shot her first panther at 12, and the same Ayesha, who settled for being a trophy wife - the third, of a much older man. He fleshes out Ayesha as a woman and not the mere glossy photographs that we have grown up seeing.

In his book, John Zubrzycki also takes the reader through some of Gayatri Devi's terrible years: the Emergency, when Indira Gandhi reduced this Oriental Dream in A Chiffon Saree and Pearls to a grovelling woman begging for release from Tihar. It took Mrs Gandhi a declaration of Ayesha leaving politics to release her from jail. But like Khushwant Singh once wrote, "Ayesha Devi brought the worst out in Indira Gandhi: her petty and vindictive side."

In her own life, or at least the beginning of her marriage, Ayesha was hardly the feminist icon we saw her as. In stark contrast is her own mother Indira Devi, who trampled all over tradition and made it die a painful death under her Ferragamo slippers, much to the chagrin of even the British.

This Indira did not care for anything. When her husband, the Maharaja of Cooch Behar Jitendra Narayan Bhup Bahadur died, leaving behind five kids, Indira took over the reins of the kingdom. She was more a ruler than a Queen Regent, sitting in wait for her son Jagaddipendra Narayan to turn 18.

The House of Jaipur pulls that underbelly out of the darkness by shining a, at times too blinding, light on it. The House of Jaipur, for example, alludes to an affair between Gayatri Devi's mother Indira and her husband Jai Singh. It is unsettling at first. Then you realise that it's royalty. The deeper you go into it, the more your ideas of morality lie in tatters. Maybe that's what made the royals what they were and still are. This shroud of mystery. You lift the veil, and it is no longer what you held true: the perfect fairy tale.