Mamata Banerjee Live from Ganga ghat: Why Bengal is witnessing special Chhath Puja celebrations ahead of 2019

West Bengal Chief Minister Mamata Banerjee seems to be eyeing a new vote bank ahead of the 2019 Lok Sabha elections — people from Bihar residing in West Bengal. For the first time in seven years of TMC rule in Bengal, Banerjee has announced a separate cell in the party to look after the needs of the people from Bihar settled in the state for decades now.

Last month, Banerjee announced the formation of the All India Trinamool Congress Hindi Bhashi Prakosht with MLA Arjun Singh at the helm of affairs and Rajesh Sinha as the secretary of the cell. 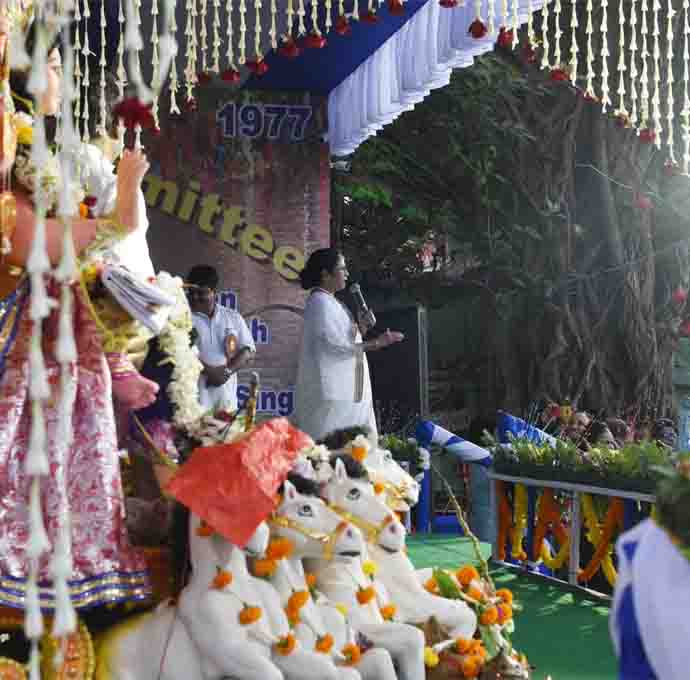 Interestingly, special arrangements have been made at river banks across the state for the ongoing four-day Chhath Puja celebrations. The chief minister has also declared a two-day holiday on the occassion with a notification issued on November 12.

There are around one crore Biharis settled across the state and Banerjee's special annoucement for Chhath Puja gains huge significance in the run-up to the 2019 Lok Sabha elections. Many feel the one crore people from Bihar living in the state are the TMC's new target group since they will decide the electoral fate of candidates in more than eight districts. That's almost 20 Lok Sabha seats, including North 24 Parganas, Howrah, Hooghly, Durgapur, Siliguri, Asansol and even Kolkata.

There are almost 20 Lok Sabha seats in Bengal starting from North Kolkata to Siliguri which share their borders with Bihar — like Burdwan and Siliguri in north Bengal with people from the neighbouring state making Bengal their home for the years.

Banerjee, however, has never shown such interest in consolidating the Hindi-speaking vote bank, but the growing prominence of the BJP seems to have raised the TMC's hackles.

Interestingly, Banerjee even compared the Chhath Puja celebrations with Durga Puja in Bengal, explaining the importance the Bihari community in Bengal's socio-political life.

Ghats across state can be seen festooned with decorations and posters of Chief Minister Mamata Banerjee.

A seemingly annoyed BJP has accused the TMC of trying to politicise the Chhath Puja celebrations by putting up posters of Mamata Banerjee across the ghats.

In Bengal, it was traditionally the Left Front that enjoyed the support of the Bihari community for several years. Although this support base has shifted to the TMC in the past decade, it seems Banerjee is not leaving anything to chance.