DailyOh! Another jolt to Mamata Banerjee, to why Sonia Gandhi is meeting letter writers

Another MLA Silbhadra Datta has walked out from the party.

West Bengal Chief Minister Mamata Banerjee is fighting with the Centre over three IPS officers being summoned to Delhi. Not to say that the Centre is not fighting Banerjee. Both are fighting each other and no one is ready to leave the fight. But three MLAs, who fought with Banerjee in TMC, have left the party. The third to have followed the two is Silbhadra Datta. The two who preceded Datta, you know, were Suvendu Adhikari and Jitendra Tiwari. All three are expected to join the BJP soon. Adhikari, in fact, was expected to join BJP as soon as Saturday, which is tomorrow. But the Bengal Assembly Speaker, Biman Banerjee, has rejected Adhikari’s resignation letter citing procedural problems spoiling the weekend plans for Suvendu – if he had any that is. He has been asked to meet the speaker on Monday.

On course is Congress ‘interim’ chief Sonia Gandhi’s plan to meet some of the 23 letter writers. Who letter writers? The group including Gulam Nabi Azad, Kapil Sibal and Shashi Tharoor, who wrote to Sonia over a leadership crisis in the party and called for elections to all organisational posts. The letter came in August. The call for the meeting now is in the face of losses and more losses from Bihar, to Rajasthan, to Kerala. 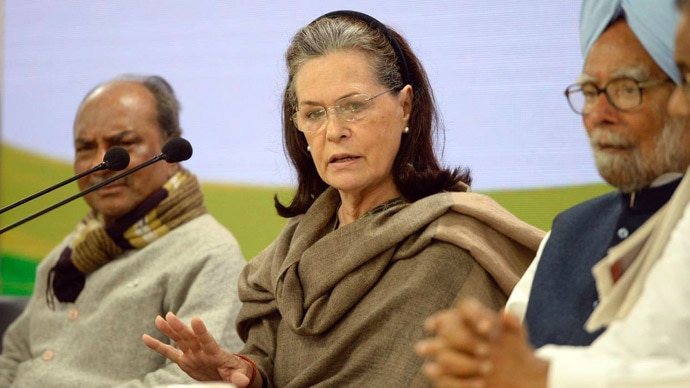 Sonia Gandhi will be meeting some of the leaders who wrote her a letter four months ago. (Photo: PTI)

BJP and TMC may be calling for each other’s blood today but once upon a time, they ran a government together at the Centre. Mamata Banerjee was Railways Minister under the Atal Bihari Vajpayee government. It is said Atal used to get miffed with Mamata’s petulance but thought of her as a younger sister. Banerjee would act up on the drop of a hat and since there were no hats to drop, she would drop a resignation letter every now and then.

Once, she submitted her resignation letter and Atal happened to travel to Kolkata for some work. He did not want to accept the resignation. Atal, whose love for food is well-known, invited himself over to the house of Mamata’s mother, Gayetri Devi, for food. Mamata was, of course, present but the two didn’t talk to each other. Post lunch, Gayetri Devi asked Vajpayee how her daughter was doing as a minister like any parent would ask their children’s teachers or bosses. Vajpayee said, “She gets angry over small things.” The resignation letter was withdrawn the next day.

Vajpayee was struck by the modest living of his Cabinet colleague during his visit, who lived with her mother at 30B, Harish Chatterjee Street and refused to take an official bungalow. She refused to move out of the house even when it was undergoing renovation.

PM Narendra Modi has refused to withdraw or put the farm laws in cold storage for now. In an interaction with farmers from Madhya Pradesh, which Modi attended from Delhi, he reiterated that MSP will stay. We have lost count of how many times this has been re-reiterated. We have also count on how many times protesting farmers have said take the farm laws away.

But we have the unfortunate count of how many have died during the protests - 20. Most have suffered heart attacks because of the extreme cold.

According to the weatherman, the temperature in North India is likely to drop further over the next few days. If the temperature keeps dropping like this we may not need cold storages to store the vaccines, when they arrive. We didn’t say that on a serious note.

On a serious note, the Centre will spend Rs 10,000 crore to vaccinate 30 crore prioritised people because Phase 1 of vast inoculation exercise will be funded by the central government. Bihar and Kerala have said they will give it for free and that puts pressure on other states to follow Bihar and Kerala.

If states want to strike a balance, they can ask those who can pay to pay and offer it for free to those who can’t. That is our suggestion to states; they can take it or leave it.

In Maharashtra, actor Sonu Sood has offered help to the family of a delivery agent who died after a speeding Mercedes hit his bike.

What has Richa Chadha done? Set a song, Tera Ishq Satave, on fire.

If the cold is still getting to you, we recommend Salted Caramel Hot Chocolate.

While North India is freezing, the political heat in Tamil Nadu is rising because the controversy Kamal Haasan created by calling himself the true heir of MRG is refusing to die down. Why should one die down when one can live up? That is for ‘one’ to decide. We are concerned over the political heat when Rajinikanth announces his party on December 31. No December 31 would have witnessed a party as big as the one to be announced by Rajini.

But parties in Tamil Nadu are concerned over Haasan claiming MGR’s legacy – the most wanted thing in TN right now, of course, after Rajini’s party. From BJP to AIADMK, everyone is staking claim to MGR’s legacy.

What is so special about a legacy? Legacy, the Word Of The Day, comes from Latin word legatus, which means a ‘delegated person’. Now, you can be the person delegated to do a certain job. That is not the legacy people would fight over.

Over time legacy came to be used purely in relation to will. A person named to inherit another person’s wealth is the heir and inherits the legacy. When no one is named, a fight brews. Now, you can name someone to inherit the tangibles but what about the intangibles – like greatness?

That you can just claim you inherited without inheriting it. Tamil Nadu CM Edappadi K Palaniswami has asked how Haasan can claim to have inherited MGR’s legacy when his show Bigg Boss is ruining families. On the bright side, he has suggested Haasan join AIADMK to claim the legacy. Will he have to quit Bigg Boss to do that? The CM hasn’t mentioned. Haasan has, in turn, said he is happy the CM watches Bigg Boss.

Some TRPs for the show there. We will track that fight in Tamil Nadu because elections are round the corner.

In another corner of the world, Apple CEO Tim Cook has told Facebook that it is free to track Apple users across apps but has added a rider - permission. If Facebook wants to track users, it needs to ask users. Consent counts. Count consent, or blessings, or stars, or eggs even before they hatch. There is no stopping to what you can do. Do it over the weekend.

We will see you when the next week starts.