Just a moment: Why I believe little will come out of #MeToo

The movement against sexual harassment is welcome. But given the backdrop, it will not have meaningful impact.

I condemn harassment, molestation and assaults on women no less than the most ardent of those in the #MeToo movement.

I also believe some good has come out of it — e.g. the exposure of reportedly MJ Akbar, which Saba Naqvi has written  of in DailyO, and many other predators in the media, the film world, etc. The fact that #MeToo has brought down reported harassers and molesters is welcome. (Photo: Indiatoday.in)

Having said that, I believe the MeToo movement will have only a marginal effect, and that too only for a short time — after which, the sexual exploitation of women will continue, but will only become more sophisticated, slick, insidious, more clandestine and relying more on subterfuge, so that there are less chances of being detected.

I believe sexual exploitation to be inherent in an exploitative society. This is because in an exploitative society, every object and every relationship is turned into a commodity, for sale and purchase. Those who have money or power often regard a woman's body as an object for satisfying their desire. They will seek to attain their objective in various ways — e.g., a boss may give threats of dismissal or allurements of promotion to a subordinate female employee, particularly where she has no job security. Wide disparities in wealth among individuals in society, as we have in India today, makes sexual harassment and molestation inevitable, for money is power, and can be used in a variety of ways for sexual exploitation.

If we really want an end to sexual harassment and assault, we have to create a more egalitarian and non-exploitative society. That will only be possible in a society where there is much less disparity in the wealth of members of society than we have today. But in the present system prevailing in India, that is impossible. Unless we address these sharp class differences, even #MeToo won't last beyond the moment. (Photo: Reuters)

So, I am afraid the #MeToo movement will achieve little — there will be a lot of brouhaha and fanfare for a few weeks, as happened in Anna Hazare's movement against corruption, or the Nirbhaya stir against rape. Then the stir will fizzle out, and it will be again business as usual. 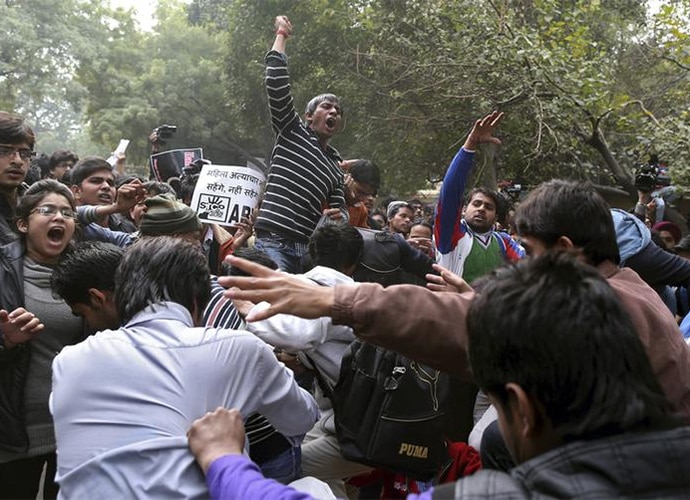 Despite the rage, these protests have seen little change following. (Photo: Reuters)

I also believe that while the problem of sexual harassment is indeed an important one, there are much bigger problems facing the country, like massive unemployment, widespread farmers' distress, malnutrition, lack of proper healthcare and good education for the masses, the soaring prices of petrol and diesel, attacks on minorities, etc.

In my view, to project the problem of women's harassment as if it is the only serious problem before the nation is a distortion — and a diversionary tactic to deflect attention from these much more serious and crucial problems.

Post your comment
#MJ Akbar, #Sexual assault, #Sexual harassment, #Me Too
The views and opinions expressed in this article are those of the authors and do not necessarily reflect the official policy or position of DailyO.in or the India Today Group. The writers are solely responsible for any claims arising out of the contents of this article.