Six #MeToo stories you will not read about on the Internet

I know more women who did not take to their computers when the #MeToo conversation broke out than those I read online.

For some of us, the sheer number of #MeToo stories that have been shared on the Internet in the recent weeks has been shocking. The movement has brought to light how common sexual harassment is. For far too long, sexual harassment has remained an open secret. This digital revolution is breaking the silence in an unprecedented manner.

Yet, it is not enough. 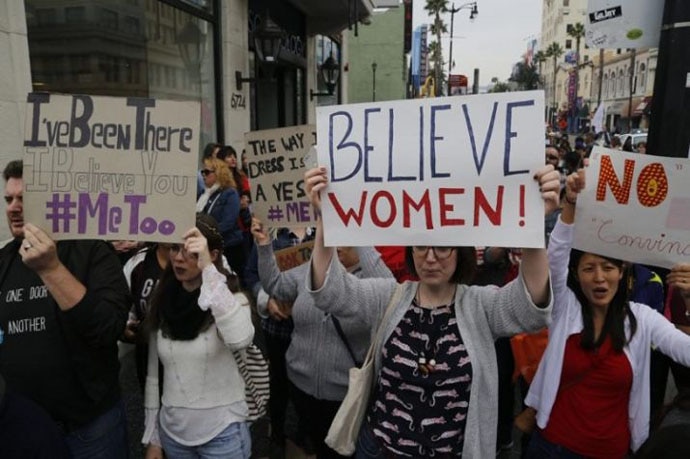 The #MeToo digital revolution is breaking the silence around sexual harassment in an unprecedented manner. (Photo: AP)

The stories have been overwhelming and deeply saddening, but to think that this is a fair representation of the kind of harassment women, and men, go through, would be ignorant. A week after the outpouring of stories, what I’m left with is not the ones I read online, but the ones I didn’t.

The women and the kind of stories that have found representation in #MeToo, though significant by themselves, are an abysmally small number. Personally, I know more women who did not take to their computers when the conversation broke out than those whose accounts I read online.

Allow me to tell you of six such women.

You must understand, though, that what you’re about to read is not merely six #MeToo stories. Rather, these are six narratives of sexual abuse that happen to many women out there, but have not found a place in #MeToo.

The one who continues to blame herself

She is the woman who believes that she somehow brought the abuse upon herself by being too outgoing, too outspoken, too ambitious, too adventurous. She has been told time and again — and has come to internalise — that she deserved what happened to her. She is not sharing her #MeToo story because she doesn’t believe she can.

Her abuser may have been an uncle, a neighbour, grandfather, or her own father. Or, her husband. She is still forced to stay in touch with him, to maintain decorum. There are women who have been attacked, and then forced into silence, by family members. (Photo: India Today)

She is scared that people will not believe her — because many don’t, and that is a reality all the women who have chosen to speak up must contend with. She doesn’t want to contend with it, and that’s her choice.

The one who can’t afford to lose her job

She may no longer be working with her harasser, but knowing how our culture works, and how many women have had their careers derailed for speaking up against the men who have mistreated them, she chooses to stay silent. She doesn’t have family money to fall back on. She doesn’t have contacts in her industry that can save her, and assure her that she will continue to be able to support herself. All she has is a #MeToo story, and no hope of resolution.

The one who didn’t survive the abuse Then there are those, like the 8-year-old girl in Kathua, who did not survive to tell their stories. (Photo: Twitter)

What of those #MeToo stories?

The one who is unaware of #metoo

This is a movement that benefits only those of us who have access to the internet. There are places in our country where electricity is still scarce, and young girls are not sent to school. There are girls and women who are molested, raped, even killed, in these places.

We may read about them in the news, but not in #MeToo. #MeToo has brought conversation around sexual harassment to the mainstream, but we must remember that what is mainstream for us — people like you and me, reading this — is merely scratching the surface of the global crisis at hand.