Low-cost housing and related public amenities will compete for space with upmarket and high-end facilities.

A key challenge with urban public policy is to strike a balance between the importance given to various factors which go towards policy formulation. Currently, the development of Mumbai port lands is facing the same challenge.

Out of the 2.64 lakh acres owned by the 12 major ports of India, one lakh hectares is available for redevelopment. This is equal to about 30 Bandra- Kurla Complexes (BKCs). 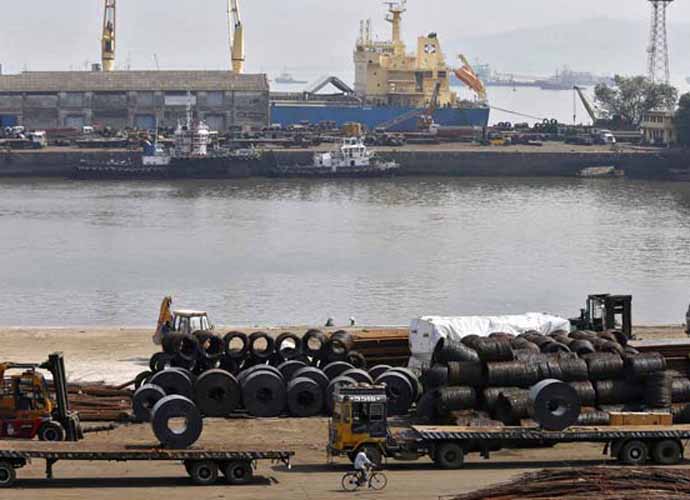 The Mumbai Port Trust, the city's largest landlord, adjoining 12 neighbourhoods, has about 1,000 acres available for redevelopment. This is roughly equal to three BKCs.

If one takes the 7km walk from Mazagaon to Wadala - twice the length of the iconic Marine Drive - one would cover the prime of Mumbai's "eastern seaboard" where a slew of urban redevelopment projects have now been conceptualised by a Mumbai-based NGO.

The detailed vision document lists out all aspects of mixed land use for public and private use. Whether it be parklands, wetlands, residential complexes, hospitals, schools, colleges, universities, sports, offices and commercial complexes, tourism, entertainment, culture, water/rail/road transportation, well-being and lifestyle, everything finds a place in the detailed vision.

To top it all, the redevelopment plan contains the proposal for the headquarters of the BRICS bank - perhaps, a super luxury Burj Khalifa-like residential structure and several museums.

This plan essentially entails cities within a city.

The closest one can get to this grand redevelopment is what one has seen in the Canary Wharf and adjoining London Docklands, which came up from a similar redevelopment of poorly planned areas in the late 1980 and 1990s. It became the largest urban regeneration project in western Europe at that time, and is today one of the world's largest centres of finance, small businesses, space for small industries and media offices covering 22 sq km of the Thames riverfront.

All this didn't happen overnight. It took two decades.

The London Docklands was originally under five London boroughs (local government) when it hit rock bottom. A quasi-government agency (quango) called London Docklands Development Corporation was set up in 1981, which then served as the one-stop development and planning agency with complete autonomy and wherewithal to build the docklands, Canary Wharf, railways network and airport.

And when it finished that job in 1998 at a cost of over £12 billion, the powers reverted to the five local boroughs once again. And the quango was dismantled. The issues of equity and weightage were a big point of contention in that project.

The revival of the docklands led to an overnight boom in property prices, widening disparities and inequality not seen anywhere in the UK. As older, poorer neighbourhoods and the poor made way for newer swanky accommodations, and the rich. Low-cost rented housing gave way to self-owned luxury apartments, job losses for those engaged in traditional businesses, with demand for new-age skills, lack of public gardens, pollution and recreational facilities, among others.

Similar issues will surface in the Mumbai port land redevelopment plan too. The possible problems could be:

(c) Low-cost housing and related public amenities competing for space with upmarket and high-end facilities. Both would compete for space and infrastructure.

All in all a potpourri of competing interests and agendas which will need a "quango" to resolve issues.

#Burj Khalifa, #Port lands redevelopment, #Mumbai port lands, #Integrated redevelopment
The views and opinions expressed in this article are those of the authors and do not necessarily reflect the official policy or position of DailyO.in or the India Today Group. The writers are solely responsible for any claims arising out of the contents of this article.