DailyOh! How TN boiler blast was in the making, to why China, not India, is welcome to Schengen

Several small accidents at the Neyveli plant had been indicating the coming of a big one.

Tamil Nadu, which is only behind Maharashtra in terms of the coronavirus count, counted the toll of a massive explosion at the Neyveli lignite plant to six dead and over 17 injured. The blast took place at a boiler of Neyveli Lignite Corporation in Cuddalore this afternoon.

This tragedy, like most other tragedies in India, was waiting to happen. Several small accidents were raising an alarm for a big one about to happen but those (ir)responsible put the alarm on snooze only to be woken up today with a loud bang. Units that should have been retired between 2011 and 2015, were still operational at the plant because new units were not commissioned. The safe operating life of a thermal power plant is estimated to be around 25 years. At Neyveli Lignite Thermal Power Station (NLTPS), a large number of units are 25-57 years old.

Now, some customary compensation would be announced for the casualties. Accountability won’t even be counted among the casualty.

This was not even the last thing Tamil Nadu needed amid the pandemic which has forced several districts of the state into another 15 days of lockdown.

Tamil Nadu has extended the lockdown, but the European Union is reopening its borders not just to members of European Union, but also those outside of it. Before you jump with joy, please sit down and know that India is not among the 14 countries whose people EU would allow to come in for summer travel.

You can drop your shoulders now. We get your disappointment. If it is of any relief, we would like you to know that the US, Russia and Brazil too are not getting entry into European territory any time soon. What about China? If it allows Europeans in, Europeans would allow the Chinese in. The EU said China is “subject to confirmation of reciprocity”. 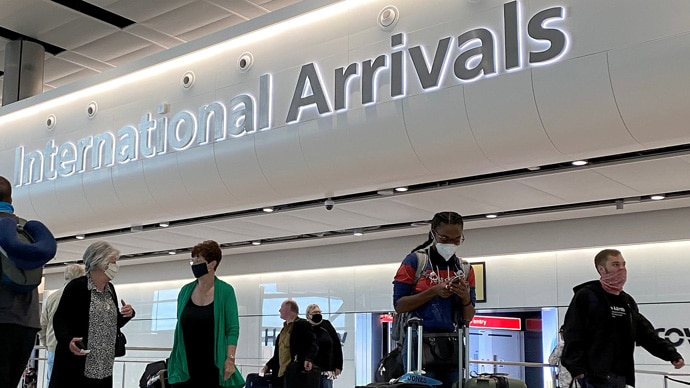 The European Union is reopening its borders not just to members of European Union, but also to those outside of it. (Photo: Reuters)

Now, this list that EU has released is not one etched in stone. This list of nations to which and from which travel is allowed will be updated every 14 days. New countries can be added and those already added can be dropped based on the rise and fall in the number of coronavirus cases.

The Schengen zone is an area where member countries have made borders irrelevant for humans. For panchhi, nadiya and pawan ke jhoke, the entire world is a Schengen zone (that film Refugee turned 20 yesterday, by the way).

Schengen is now a zone, but till the signing of the Schengen Agreement on June 14, 1985, Schengen was just a town in Luxembourg. You guessed it right, Schengen, a winemaking town and commune, is where the agreement was signed.

In 1990, the agreement was supplemented by the Schengen Convention. The convention proposed total abolition of internal border controls and a common visa policy.

Schengen, our Word Of The Day, comprises 26 countries. A total of 22 belong to the European Union and the other four are part of the European Free Trade Association. Schengen is at the mid-point of the Moselle River, which winds its way through the heart of Europe. (Photo: Ananya Bhattacharya)

Schengen is at the mid-point of the Moselle River, which winds its way through the heart of Europe. It’s the place where three countries - Luxembourg, Germany, France - meet. The place has European Museum Schengen which is where for history lovers, if you have no love for European history, Schengen can treat you to great views for day-time hikes. For now, you can treat yourself to photos and videos of Schengen and the Schengen zone.

The reason India is not ‘invited’ is the rise in cases. July has started but, let’s go back to June to see how bad the month proved. Over 4,00,000 people were tested positive for the virus. At the end of May, India was the eighth worst-affected country in the world. At the end of June, we are the fourth worst.

The country is now close to 6,00,000 cases with over 17,000 dead due to the virus. You now know India is not going to figure even on the invited-to-Europe list.

A European country, UK, has meanwhile suggested that Britons need to lose a few kilograms to beat the virus. The suggestion has come from UK Prime Minister Boris Johnson himself after he rallied againt UK being a ‘nanny state’. What’s a nanny state? A state where the government starts to behave like a ‘nanny’, interfering unduly with personal choice. “Tumhare bhale ke liye keh rahe hain!” Sounds familiar? We bet it does.

Johnson rallied against being a nanny state before the pandemic. Now, himself having suffered Covid-19, Johnson has a tip to offer – lose weight to defeat the virus. Now, that’s something doctors tell you all the time. Dr Johnson, who is no doctor, said to his countrymen: “... When you look at the numbers, when you look at the pressure on the NHS, compare, I'm afraid, this wonderful country of ours to other European countries, we are significantly fatter than most.”

People in Boris Johnson’s UK may be fatter than most but they are not as fat as the people of the European nation Malta, which has an obesity rate of 28.9 per cent in comparison to UK’s 27.8 per cent.

But all of this pales when figures are compared with the Republic of Nauru. An estimated 94.5 per cent of its residents as overweight, while the obesity rate is 71.7 per cent.

Nauru gained independence in 1968. Till then, the country had been dependent on marine fish, coconut, vegetables and fruits for food. Soon after that, the country profited from mining. The profits percolated through to the masses and so the average per capita income rose sharply. As money increased, people did not feel the need to work. So they went for a more sedentary lifestyle. That lifestyle may be desirable but it certainly is not healthy.

So, Boris Johnson is smart to be forewarning his countrymen about keeping their weight in check. He even did a few push-ups to show them he was serious about it. You know not everything coming from the ‘nanny’ is to be rejected.

But you must feel comfortable under your skin - even if you are bored living inside the house – no matter what people say. Now, people can get nasty when it comes to saying things. At time knowingly; at others, unknowingly.

Actor Akshay Kumar's Saugandh (1991) and Ikke Pe Ikka (1994) co-star Shanthipriya says Akshay’s comment on her skin tone made her cry. In an interview to Hindi daily Navbharat Times, Shanthipriya said that she used to wear skin-coloured stockings and once while they were shooting, Akshay joked that her knees looked darker than usual. The Bollywood actor apparently did not stop at that, and went on to say that Shanthipriya had blood clots in her knees. This left everyone laughing. Shanthipriya said she later cried a lot.

Post the interview, she tweeted saying “making those comments were @akshaykumar's way of being playful with me”.

I want to make it clear, making those comments were @akshaykumar's way of being playful with me. Even though his comments stayed with me for a while, I believe he didn't mean to hurt me or cause me distress. I adore all of his work and wish him love & luck for his future! https://t.co/iISv0SVBno

Shanthipriya is the best judge in the matter since the incident happened with her. But do you know that Shanthipriya is related to legendary Marathi filmmaker V Shantaram?

This one is complicated, so pay attention.

Actor Shanthipriya was married to actor Siddharth Ray, who played inspector Karan in the 1993 superhit Baazigar. Ray’s mother Charushila Ray was the daughter of V Shantaram from his first wife V Shantaram - Vimla Shantaram, i.e. So, V Shantaram was Siddharth Ray’s grandfather, and that was Shantipriya’s connection with Shantaram. Far-fetched? In life you do not know which of your connections will come to your rescue and how far. The film industry is anyway a web of connections both intricate and distant.

We will leave you thinking about the web for today.

Also Read: DailyOh! Modi offers nation more ration, to why TikTok has no choice but share data with China

Post your comment
#Shanthipriya, #International travel, #Coronavirus in india, #Neyvelithermalplant
The views and opinions expressed in this article are those of the authors and do not necessarily reflect the official policy or position of DailyO.in or the India Today Group. The writers are solely responsible for any claims arising out of the contents of this article.