DailyOh! Modi offers nation more ration, to why TikTok has no choice but share data with China

The Pradhan Mantri Garib Kalyan Anna Yojana has been extended till November, but 59 Chinese apps have been told to pack their bags.

We are at the end of June and till the end of November, the Pradhan Mantri Garib Kalyan Anna Yojana will work towards providing free ration - with 5 kg free rice/wheat and 1 kg dal per month - to 80 crore Indians at a cost of Rs 90,000 crore. That’s a promise Prime Minister Narendra Modi has made to the poor of the country, while appreciating the taxpayers for paying taxes to keep such schemes going.

The scheme is likely to help migrants who have returned to villages and also migrants who have returned to work after returning to villages. In his address to nation, Modi also had a message for those not using the mask or using the mask to cover their chins. “Do not let your guard down,” was his message. The PM said this has been the reason for the sudden spike in coronavirus cases. This message was important, as Unlock 2.0 comes into effect tomorrow. What happens under Unlock 2.0? 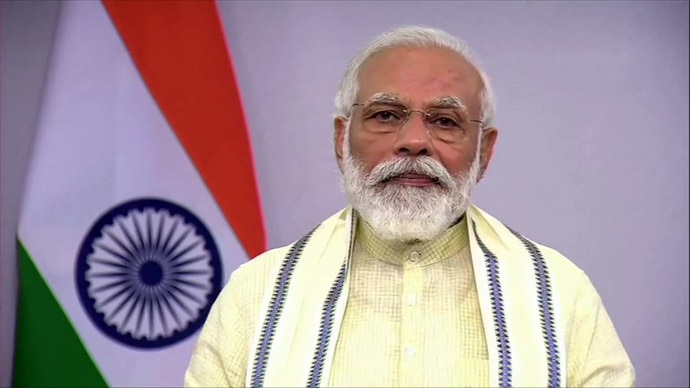 Prime Minister has asked people to not be lax in following social distancing norms. (Photo: ANI)

India has said the applications are “prejudicial to sovereignty and integrity of India, defence of India, security of state and public order”. The prejudice and threat the government is talking about is not new. The novelty lies in China’s intrusion into Indian territory. It also lies in the virus that China has unleashed upon the world. But first let’s talk about the ban. The ban can be seen as use of trade sanctions, without calling it thus, as a legitimate weapon of war. The fact that Chinese apps are a security threat is as open a secret as the borders between the two countries. 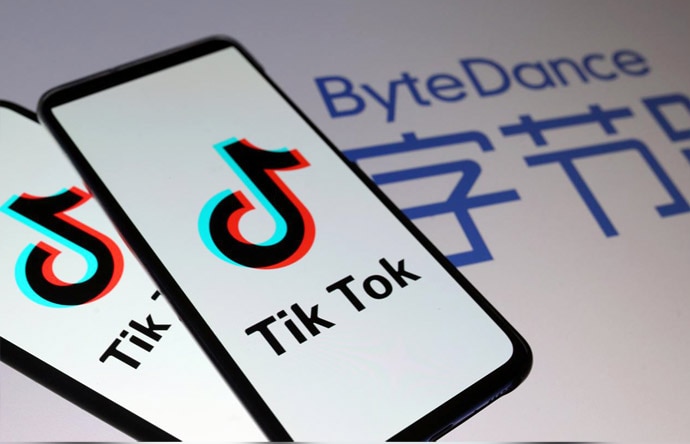 TikTok has been banned in India. (Photo: Reuters)

All Chinese companies are bound by two laws because of which they have no choice but to hand over network data to the Chinese government if asked for it. The first is the 2014 Counter-Espionage Law and the second is the 2017 National Intelligence Law.

Article 7 of the National Intelligence law says that “any organisation or citizen shall support, assist and cooperate with the state intelligence work in accordance with the law”. It adds that the state “protects” any individual and organisation that aids it. After the ban, TikTok said it won’t hand over any information even if asked to. The problem is ByteDance, the company that owns TikTok, won’t really have a choice in the matter. The 2014 Counter-Espionage law says, “When the state security organ investigates and understands the situation of espionage and collects relevant evidence, the relevant organisations and individuals shall provide it truthfully and may not refuse.”

If you are addicted to an app, its sudden disappearance could be a problem too big to handle. But there is a small trick to handle the big problem. Make an equally sudden switch to desi apps such as Chingari, Bolo Indya and Roposo. Chingari alone had some 25,00,000 downloads till June 28.

Banning things is always easier that starting new ones. So, always keep a Plan B in place while you are still on Plan A. Some were already at it, so while they were going big on TikTok, they were also marking a presence on desi apps. But what is a ban anyway?

Our Word Of The Day ban finds its root in Old English word ‘bannan’ which means to summon, command, proclaim. In German, the word transformed to ‘bannen’, meaning banish, expel, curse. Ban can be used both as a noun and verb. But what is banned cannot be used, unless you want to defy the ban. Twitter is banned in China, so is Facebook. Those who want to use it, use it through Virtual Private Network.

Moving on from China, let’s talk about the virus. Which, we are afraid, takes us back to China. We are not talking about the coronavirus, we are talking about a novel one. Okay, coronavirus is novel too, but this one is novel(er).

This virus that causes flu has the potential to turn into a pandemic too. The strain has been found in pigs and researchers say it can infect humans as well. The virus, named G4 EA H1N1, can grow and multiply in the cells that line the human airways. Can bad times get worse? Yes.

There is now a threat of a terrorist attack on the Taj Mahal Palace hotel in Colaba and the Taj Lands End hotel in Bandra in Mumbai. Lashkar-e-Taiba has unlocked itself from the lockdown that it never entered. The threat was made by a caller, who identified himself as an LeT operative. The number was traced to Pakistan. Terrorists would normally never threaten attack before attacking, but then 2020 hasn’t seen normal things happen normally.

The caller first called the staff at Taj Mahal Palace and then Taj Lands End. Both calls came from the same number. The caller said the hotels would be blown up like it happened in November 2008. Now, the hotels are shut due to the pandemic, so we wonder who the attackers plan to attack. Maybe, the virus. Or maybe the call was a hoax. Who knows?

But the caller has reminded us of the November 2008 attack in which about 166 people died. The Oberoi Trident, the Taj Palace and Tower, Leopold Cafe, Cama Hospital and the Nariman House were among the most notable places that came under attack between November 26 and November 29.

Talking of Nariman House, we know of the role played by NSG commandos in bringing the siege of Mumbai to an end. But the commandos who reached to rescue the Nariman House landed on a wrong building because of an error made by the pilot of the chopper. Security forces who were pressed in to flush out the terrorists did not have detailed maps and layouts of buildings that had come under attack and that did come in the way of rescue operations. However, the NSG managed to bring the situation under control despite all odds.

Google today is celebrating the life of a person who fought many odds to assert her identity as a drag queen. When Google celebrates something, it doodles. Marsha P Johnson is thus Google’s doodle today. Just in case you are wondering who is a drag queen, well, drag queen is a man who dresses up in women’s clothes. The Google doodle today in honour of Marsha Jackson.

Johnson was born Malcolm Michaels Jr on August 24, 1945, in New Jersey. Johnson took to wearing dresses at the age of five but stopped temporarily due to harassment by neighbourhood boys. In 1992, Marsha opened up about facing sexual assault as a child at the hands of a boy. Johnson's mother reportedly said that being homosexual is like being “lower than a dog”. Marsha left New Jersey when she was 17 and went to New York.

After Stonewall Inn in New York began allowing women and drag queens inside, Marsha was one of the first drag queens to go in. Before that, the bar was only for gay men. Have you heard of the Stonewall uprising? It started on June 28, 1969. Marsha was there when that happened.

The riots are considered one of the most significant events leading to the gay liberation movement in the US. The police had been regularly harassing people at the bar and then came a tipping point when members of the LGBTQ community decided to not take it lying down. Marsha remained active in the Gay Liberation Movement even post the uprising, but in 1992 came her tragic and mysterious end.

For people of the LGBTQ community, it wasn’t easy to get accepted in cis circles. Finding jobs was difficult too. So, Marsha had to go for survival sex to make ends meet. Marsha claimed to have been arrested over 100 times over sex work. In 1970, came the first mental breakdown. It never stopped post that.

Marsha's body was discovered floating in the Hudson river shortly after the 1992 pride parade. It is believed Marsha died by suicide. June is the Pride Month because the Stonewall uprising happened in June. It is for this reason that Google is paying tributes to one of the warriors of the movement.

Enough of glum and gloom. Let’s change tracks. A date has been set to the return of normalcy. It is coming around Diwali. PVR Cinemas has announced Rohit Shetty's Sooryavanshi will premiere in cinemas on Diwali and Kabir Khan's 83 will be released on Christmas, again in cinema halls. Diwali is still about four months away but having a date to the release gives us hope that life may be back to normal in November, even if the normal means eating popcorns and burgers at sky-high prices.

Exciting times ahead.. Gearing up to release Rohit Shetty's Sooryavanshi on Diwali and Kabir Khan's 83 on Christmas this 2020! pic.twitter.com/JojLypeiro

Return of normalcy isn’t going to mean return of a no-mask life though. Because the novel normalcy is also going to see us remain behind masks for a long long time. So, keep the mask on and in place. The right place is one that covers your nose and face – not just the chin. Stay like that till a vaccine is found.

There is some good news on that front too.

But you don’t go out if you don’t really have to.

But before you call it a day today, listen to this:

Why today? Because it happens to be the birthday of one of the two men who composed it - Kalyanji Virji Shah, known better along with his composing partner, Anandji. The composition of "Pal bhar ke liye" from the movie Johny Mera Naam (1970) was used in an episode of The Simpsons. To know more abou the man and his music, read this.

Also read: DailyOh! How Karachi Stock Exchange attack was being planned in April

Post your comment
#Chinese apps, #Narendra Modi, #Garib kalyan anna yojana, #Tiktokban
The views and opinions expressed in this article are those of the authors and do not necessarily reflect the official policy or position of DailyO.in or the India Today Group. The writers are solely responsible for any claims arising out of the contents of this article.