Nirav Modi, the man behind India's biggest bank heist, exposes us as a society

The new capitalism seems an alliance of desire, sexuality, spirituality and finance.

The Nirav Modi case fascinates me. One is first intrigued by the very descriptions, the reports of the case in the media. The media is coy about such reportage, making a bank fraud sound like a violation of table manners. The reports about Modi's success in the socialite world, his access to top fashion models makes him sound like a character in a Sunday supplement, a man living out his dreams and desires, at home in Antwerp, Gujarat or New York.

The scale of fraud that Modi has perpetuated shows that PNB is in trouble. Arresting a few low-level bank officers is like shutting off a leaky faucet when a dam has burst. The nature of the fraud should demand a systematic report but what we get instead is a Page 3 kind of reporting on Modi's social life.

Modi seems to be the classic version of the white-collar criminal, a man middle-class society with its aspirational goals and desires feels envious of. He hails from an affluent family of diamond brokers from Antwerp, is sent to Gujarat to learn the rules of the trade from his uncle, who becomes his partner in crime, attends Wharton and drops out, adding to his sense of restlessness and then strikes gold, sorry diamonds, in the lean years of the world economy. He opens a string of boutiques but what keeps him afloat is a brilliant PR technique which features him in a Guinness idea of the best and the brightest. His gems make news at auctions and he stands suavely along, a tale of blue carat achievement till the cracks begin to appear.

There is a similarity to the narrative when one thinks of Vijay Mallya or Subrata Roy. Watching them as socialites, one would think crime is an extension of a high society way of life. Mallya loved photographing himself with models like Deepika Padukone, Nirav does one better with Lisa Haydon and Nimrat Kaur. Subrata Roy turned his love for cricket and nationalism into a humanitarian exercise.

All three make an ordinary worker caught in the monotony of his job feel crime pays and pays well. An ethical critique is virtually missing in all media reports. Modi sounds exotic and NRI, a new species of businessmen. When Christie's auctions his Golconda necklace or Mallya brings back the sword of Tipu Sultan, middle-class India virtually stands proud. The scale of the fraud, literally, adds a gloss to his achievements. 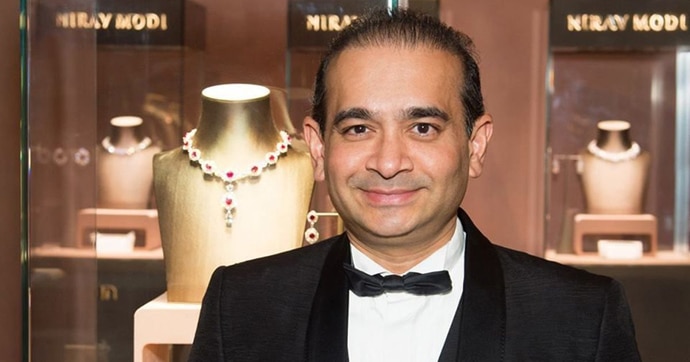 At the second level, we move from the persona of the man, understated, urbane, even cosmopolitan to the reports on the bank. Here the bureaucrats of the bank appear like victims or accessories and there is a clinical drabness about them. It is presented as the crime of a few underlings or is dismissed as "system failure" as if there is no personal responsibility for such acts. Everyone plays innocent or coy reluctant to admit that a system is a chain of beings and that the number of officers involved is high.

There is little admission that our banks are susceptible to large-scale fraud and the attempts to regulate banks have been largely empty and ineffectual. These narratives are generally followed by a bit of media firefighting, where some idiot expert is presented as saying that Nirav Modi is an isolated event. By this time, the reader starts wondering whether anyone really knows what is going on. The fraud unearthed immediately after the Budget and its illusions, makes one wonder if the government really knows who is running the country, Nirav Modi, Mallya, Adani or the so-called elected representatives.

The point I want to make is a sociological one. When scams are occasional or singular, one has a scandal. When corruption is regular and almost epidemic, one wonders if we are looking at a different phenomena, both at the mythic and structural level. Nirav Modi or a Mallya seems as much a part of the capitalist myth of desire and aspiration as any middle-class person. There is an amoralism to our understanding. In fact, one merely seems upset that he got caught, otherwise media presents them as role models to a new generation, an ideal of what IIT or IIM aspirants should aim for.

Such a presentation is not incidental. The amoralism, the desire, the conspicuous consumption and the conspicuous corruption. The scale of fraud, the ease with which it was carried out, makes the robber barons look crude. Here is capitalism with a finesse and it all seems part of the normalcy of the system. The political page, the business page, and the socialite page all integrate to provide the new role models of the system. Look at the hypocrisy and coyness with which the Rajat Gupta case was treated. All Nirav Modi now needs next to his models is a guru he has been consorting with. The new capitalism seems an alliance of desire, sexuality, and spirituality. Finance and power seems to thrive on it, literally back on it.

When one hears stories of scandal, fraud, the link between capital and war, one almost misses the old Marxist clichés. One realises that capitalism in this NRI global age needs a systemic critique in India. Socialism might be passé but the hypocrisy of capital needs to be captured not as an ode to desire or economics but as part of the grim drabness of evil and pathology.

In an age dominated by PROs, where social science itself is half dead from dullness, one feels a loss, an absence of critique around which the new forces of civil society can gather. One must sadly admit, given the nature of the regime and the state of social science, such an act would be a miracle, a sign that God is still on the side of equality and freedom.

Post your comment
#Socialism, #Capitalism, #Vijay Mallya, #Fraud
The views and opinions expressed in this article are those of the authors and do not necessarily reflect the official policy or position of DailyO.in or the India Today Group. The writers are solely responsible for any claims arising out of the contents of this article.