At 11 am, CEST (2.30 pm, India time), the five-member Norwegian committee ended the guessing game by announcing this year’s Nobel Peace Prize, which went to Nadia Murad and Denis Mukwege. The two were jointly awarded the Peace Prize for their efforts to end the use of sexual violence as a weapon of war.

BREAKING NEWS: The Norwegian Nobel Committee has decided to award the Nobel Peace Prize for 2018 to Denis Mukwege and Nadia Murad for their efforts to end the use of sexual violence as a weapon of war and armed conflict. #NobelPrize #NobelPeacePrize pic.twitter.com/LaICSbQXWM

The anticipation for the Peace Prize reached its peak after the postponement of this year's Literature Prize for the first time in 70 years over a rape scandal that came to light as part of the #MeToo movement which took off exactly a year ago.

The Swedish Academy, which awards the Nobel Literature Prize, has been in turmoil since November last year when a Swedish daily — in the wake of the #MeToo campaign — published the testimonies of 18 women who claimed to have been raped, sexually assaulted or harassed by an influential figure with long-standing ties to the Academy. 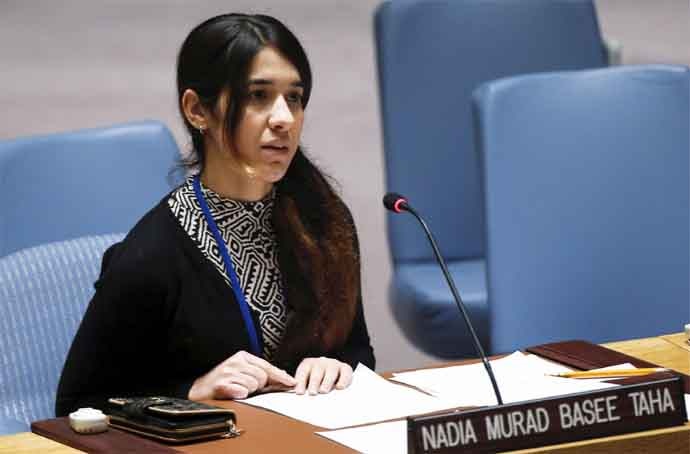 This year, a total of 331 individuals and organisations were nominated for the prestigious peace award, almost a record number. Even though bookmakers were largely betting on North Korean leader Kim Jong Un and his South Korean counterpart Moon Jae-in as frontrunners for the prize (for their efforts at rapprochement between the two nations), US President Donald Trump was also among the 'surprise' contenders. Announcing this years Peace Prize, the Norwegian Nobel Committee said: “Both laureates have made a crucial contribution to focusing attention on, and combating, such war crimes.”

Denis Mukwege’s basic principle is that “justice is everyone’s business”. The 2018 Peace Laureate is the foremost, most unifying symbol, both nationally and internationally, of the struggle to end sexual violence in war and armed conflicts. @DenisMukwege#NobelPrize pic.twitter.com/KSzecKSkUc

Murad, who jointly won the Peace Prize, is a Yazidi human rights activist and survivor of sexual slavery perpetrated by Islamic State in Mosul, Iraq, in 2014.

Following her escape from IS, Peace Laureate Nadia Murad chose to speak openly about what she had suffered. In 2016, at the age of just 23, she was named the UN’s first Goodwill Ambassador for the Dignity of Survivors of Human Trafficking. @NadiaMuradBasee#NobelPrize pic.twitter.com/wgEjOxRHS9

The prize will be presented in Oslo on December 10, the anniversary of the death of Swedish industrialist Alfred Nobel, who founded the awards in his 1895 will.