Online games are disguised as fantasy gaming, but in reality, they are betting games with a predominant element of chance.

In an advisory issued last week to all private television channels, the Ministry of Information and Broadcasting has urged all recipients to assiduously follow the guidelines issued by the Advertising Standards Council of India (ASCI), on November 24 this year, while advertising to ensure that all communication is transparent and protects the consumer and at the same time prevent unlawful activity. The advisory is a timely warning, given the sudden proliferation witnessed in the online gambling space.

From December 15, real-money gaming platforms will not be able to advertise through ads full of promises of winning huge money in gaming jackpots. The advertising guidelines introduced by ASCI require advertisements to make users aware of financial and other risks involved in playing online real-money games. These guidelines will apply to advertising that is legally permitted.

Recently, fantasy sports platforms were in news when Google, as per its updated gambling policy, removed Paytm from its Play Store. The action was due to the Paytm app directing users to other gambling sites. The issue was soon sorted out, but the burning issue of the legality of online gaming is yet to be addressed.

Online gaming has been walking the ultrathin line between regulations and legal spin. Since the 1960s, various Supreme Court judgments have ruled that games like poker, rummy and horse racing have a higher component of skill than chance and therefore should be exempted from anti-gambling regulations. In the last few years, we have therefore seen a proliferation of online portals where you can play poker and rummy for stakes.

The emergence of Online Fantasy Sports Platforms (OFSP) like Dream11, which was the official sponsor of the Indian Premier League (IPL) this year and is India’s first OFSP unicorn, has made the thin line between chance and skill even thinner. To add to all this, Covid lockdown has pushed horse-racing clubs to go online with multiple platforms coming up for each club.

Paytmgames, that was launched as an alternate to Dream11, has taken on the betting end for Royal Western India Turf Club. Space is further complicated as gambling regulation is a state subject and states like Odisha and Telangana have a complete ban on playing for stakes. 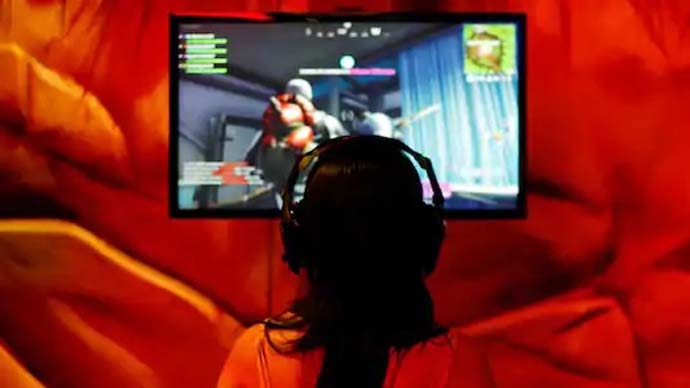 Online gaming is one of the fastest-growing business segments in India. At the same time, it also has a very high risk factor.

The games are disguised as fantasy gaming, but what it boils down to is that they are betting games with a predominant element of chance. But that is not what you are told when you download the app for the first time. Dream11, for instance, can be downloaded and played without any age restriction till the time one does not have to deposit funds. That time period is enough to hook young minds to the game. The larger-than-life advertisements on multimedia backed by a concerted online promotion saw almost 40 per cent growth in users for Dream11. Even Paytmgames has been seeing a strong rise in user base driven by the captive users of the parent app.

The advertisement for FSPs and card-playing sites use the same psychological triggers that were employed by cigarette and alcohol advertising, showcasing a glamorous and successful individual at the centre of all these ads. Even celebrities like Nawazuddin Siddiqui and Nargis Fakhri had been roped in for site promotions.

The interesting part is that Betway — which uses Fakhri for promotion — is a site that is banned in India but is easily accessible, unlike the more legally careful Bet365. Unlike the cigarette and alcohol ads, what is missing is the statutory warning in capital letters. The fact remains that gambling can destroy families as easily as alcohol. And like alcohol and cigarettes, the ads are carefully targeted at teenagers who have the highest chance of using the app. It is, therefore, a welcome step that as per the new ASCI guidelines, each ad is also required to add a disclaimer stating, “This game involves an element of financial risk and may be addictive. Please play responsibly and at your own risk.”

Furthermore, the ads should also not promote or present online gaming for real-money winning as an income opportunity or alternative employment option. The ads also can’t suggest that users playing such games are in any manner more successful than others. The new guidelines require that no ad depicts users under the age of 18 or those who appear to be under the required age, playing on such online platforms for real-money winnings.

Niti Aayog has also recently in a draft report suggested that there was a public interest in according the fantasy sports an industry status and then regulating the Online Fantasy Sports Platforms (OFSP) with the help of a single self-regulatory body. That will also harmonise the regulation philosophy for different forms of such games. Currently, while horse racing in India attracts sin tax at 28 per cent, this is not so for any of the other gaming portals or apps. This partisan behaviour needs to be corrected with a standard tax mechanism applicable for all forms of gambling.

Internationally, gambling portals and apps study user behaviour constantly and intervene when they think an individual is addicted. OFSPs will have to look for mechanisms to achieve that. And finally, what is most important is that complete transparency is applied with all communication mentioning that the game can be addictive as well as have a de-addiction helpline number which is the international norm.

Gambling has long been criminalised in India and the proxy use of fantasy gaming to circumvent regulations was expected. The potential of astronomical revenues aside, the government needs to regulate the business to drive out illegal bookies. The ASCI guidelines should help regulate the communication in this space though it won’t be surprising if the OFSPs find a way for proxy advertising that circumvents the regulations. It is also a widespread belief that the major population of youngsters who were the target audience are already on these platforms. Hopefully, we should be able to find a way to remove all individuals under the age of 18 from such platforms.

Also Read: Why WHO is wrong in classifying 'gaming disorder' as a mental illness

#Gaming addiction, #Gambling, #Fantasy gaming, #Onlinegaming
The views and opinions expressed in this article are those of the authors and do not necessarily reflect the official policy or position of DailyO.in or the India Today Group. The writers are solely responsible for any claims arising out of the contents of this article.