Pakistan is the 10th angriest country in the world: Why this is so worrying for India

So, a few days ago, when we came to know that Pakistan is happier than India, it's true that we cast grave doubts on that UN report.

But nonetheless, we were happy.

Alas! That happiness was shortlived. It’s interesting to note how no country from the West features on this list. (They are there on another list of most stressed countries).

The stress list is something like this —  Greece, the Philippines, Tanzania, Albania, Iran, Sri Lanka, United States, Uganda, Costa Rica and Rwanda.

The survey is a complex one, for sure, trying to encapsulate a wide range of emotions like stress, anger, dissatisfaction, enjoyment, etc.

Now, a question like: ‘Did you experience anger yesterday?’ can lead to ambiguous results, including broad generalisations, overlooking minor elements.

The survey has been based on similar such questions:

Did you feel well-rested yesterday?

Were you treated with respect all day yesterday?

Did you smile or laugh a lot yesterday?

Did you learn or do something interesting yesterday?

Did you experience the feeling of enjoyment yesterday?

But, given that Pakistan witnessed at least three terror-related incidents every month in 2018, the anger/discontent seems inevitable. 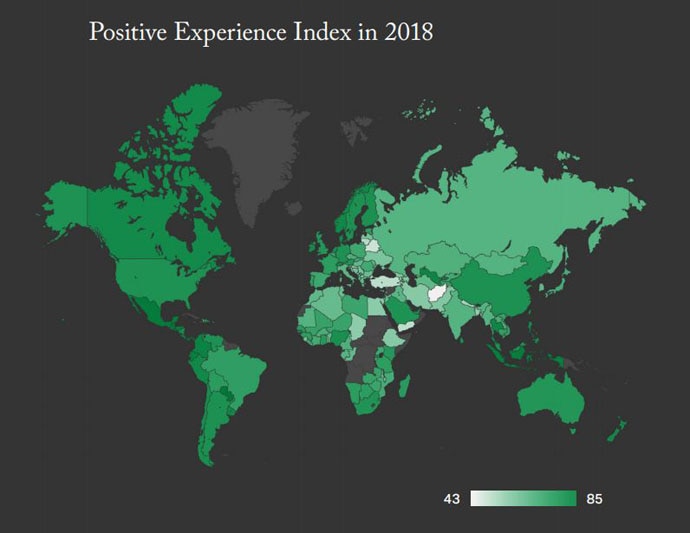 The Gallup report doesn’t speak particularly about India — though the colour map shows a very average (which is also very Indian) neither-good-nor-bad situation in India — it is still worrying for India though.

Because, apparently, our neighbours —  including Naya Pakistan —  are not enough-rested. In general, the entire world became a sadder, madder place from 2017, the report says. 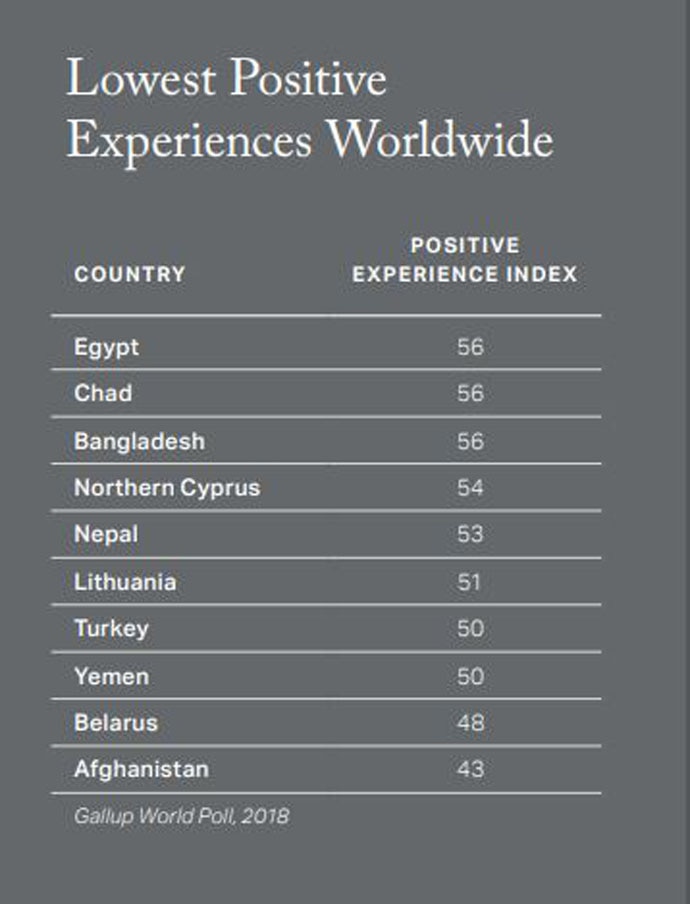 We are surrounded by unhappy/angry/seething countries. (Photo: Report)

Afghanistan, Nepal, Bangladesh, according to the report, have the lowest positive experience worldwide in 2018.

Encircled by seething and sad neighbours — certainly not happy news for India.