Why we can't but love Chand Nawab

There is a political angle to his story this time.

There is no perfect piece-to-camera. Pakistani reporter Chand Nawab’s rags-to-riches story started with such a flawed piece-to-camera. But even after inspiring a character in Kabir Khan’s Bajrangi Bhaijaan (essayed by Nawazuddin Siddiqui), and attaining global acclaim, Chand Nawab has not discarded his “rag” status, it seems. He is now acing at fumbling unabashedly in front of the camera, puncturing the sense of propriety and poised perfection the media otherwise flaunts. 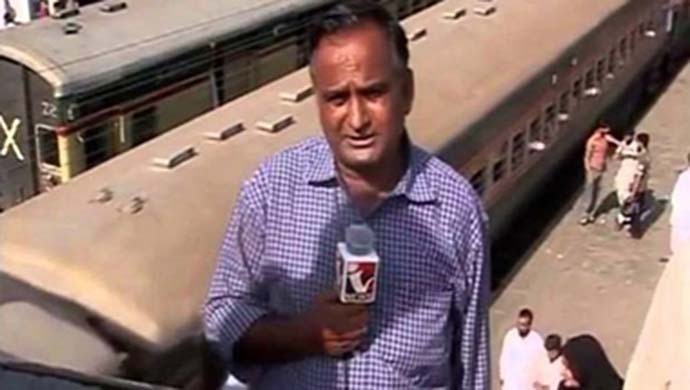 Chand Nawab in 2008: He had to shoo people away to ensure his smooth retakes after retakes.

We all love bloopers as they console us. They tell us that there are quite a few imperfect beings in the world, and we are not alone. People working in the electronic media, too, forget their lines and no one could show us the happy truth of that quite like Chand Nawab. He has internalised fumbling in such a way that now, it would be shocking to see him delivering a sentence seamlessly.

But that did not happen, thankfully.

In 2008, he was confused as to where to place “Apno mein” in a sentence while wishing everyone Eid Mubarak. Every time somebody came between him and his camera, he forgot his sentence. With delightful results.

Chand Nawab rocks yet again but this time not for ‘apno mein Eid manane’ pic.twitter.com/6mgBMrr5bT

In 2018, he returns, confused between “paan” and Karachi in a sentence. But he is remorseless at his attempts. At the same time, he is spontaneous too and far from giving up.

There is one change we notice - the last time, he was with Indusnews. This time, he is with 92News. He's been going places. Literally.

Also, there is a political angle to his story this time.

Ahead of Pakistan’s general elections, to be held on July 25, campaigns by PMLN chief Shahbaz Sharif drew flak for being "racist".

The former Punjab chief minister apparently mocked at the Urdu accent — allegedly affected by the continuous chewing of paan — of the residents of Karachi. “I will turn paan-eating Kiranchi into Lahore,” he has said. Paan-ing into Chand Nawab in 2018: His new video may diffuse some of the election tension in Pakistan.

This is the peg of Chand Nawab’s story.

He’s inside a paan shop and will actually chew a betel leaf for us viewers while giving his piece-to-camera.

But then, given this is Chand Nawab, there are all the usual distractions.

But the series of epic slip-ups, in fact, may help diffuse the election tension of Pakistan.

For, once you listen to Chand Nawab pronouncing “Karachi”, you will never actually dare to take either “paan” out of Karachi, or vice-versa. 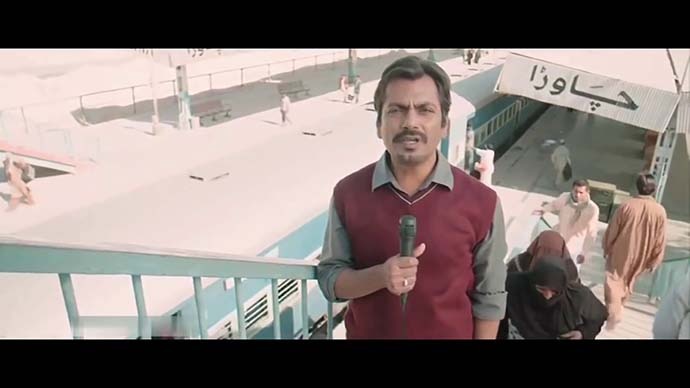 It was not at all funny for Chand Nawab, as he said in an interview to Dawn, how he was struggling during the 2008 shoot; how difficult it was to say this line, “People are visiting their near and dear ones on the occasion of Eid” in front of a departing train. There were only three coaches left in the station (before the train moved out of view). And the incessant flow of passengers was also disrupting the shoot. 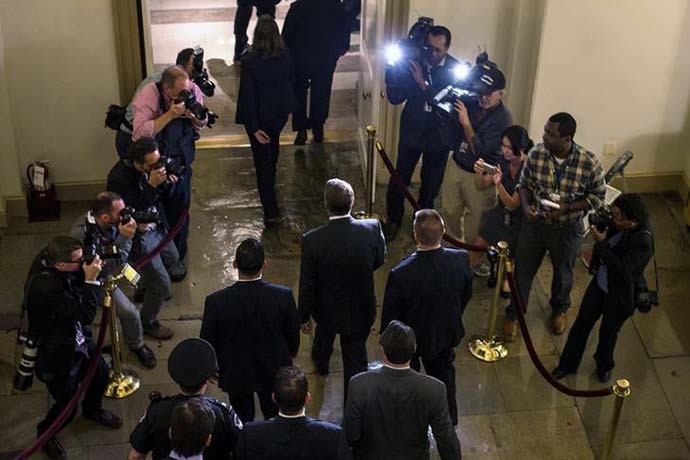 This is an everyday struggle for reporters, for camera persons out on the field. But those human and humane stories too, of several retakes, of the hard groundwork for a “candid” photo, get glossed over by the perfection we get to see with the finished product. We have lost count of how many women or men there are behind every man or woman's success. But for every successful Chand Nawab, there must also be a funny cameraperson who perhaps never deletes the imperfect shots.

Also read: Why Sanju is a disservice to actor Sanjay Dutt