DailyOh! PM says the jab makes you Bahubali, to the Indian connection to Bezos's space trip

The vaccinated people in India are "Bahubali", the Prime Minister said today. Over 40 crore people have taken at least one dose of the Covid-19 vaccine. Have you?

It was a stormy start of the Monsoon Session of the Parliament today. On the one hand, the government was all geared up for a big legislative agenda and the Opposition was raring to corner the ruling dispensation over a host of issues, including handling of the second wave of Covid-19, rise in fuel prices and farmers' stir. 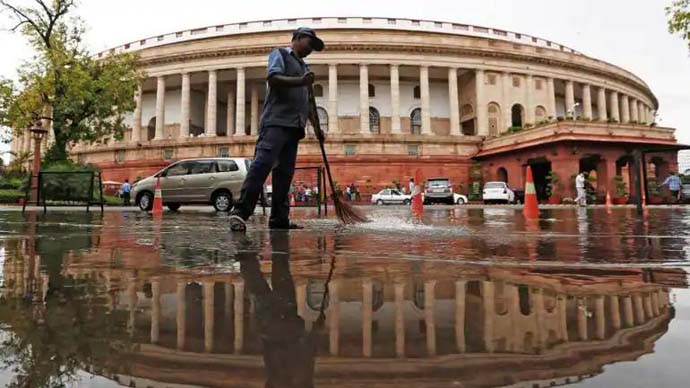 The Monsoon session of the Parliament began on a stormy note amid Opposition uproar.

Before the Session began, the PM had urged the MPs for a "disciplined" and "constructive" discussion. However, that was not to be. All that remained of the first day of the Session was chaos and the proceedings in both the houses being adjourned multiple times. The Houses will now meet tomorrow.

For starters, pandemonium reigned in Lok Sabha with the Opposition MPs preventing PM Modi from introducing the newly-inducted Union Ministers to the House.

Rajya Sabha fared no better; and was adjourned until 11 am tomorrow.

PM spoke to the media before the Session started. And in his speech, he dubbed people vaccinated as "Bahubali".

“Vaccine is given in 'bahu' (arms), those who take it become 'Bahubali'. So far more than 40 crore people have become Bahubali in the fight against coronavirus,” the PM said.

The PM spelt out our Word Of The Day — Bahubali. While you would have watched (and re-watched) SS Rajamouli’s eponymous two-part epic films, what does the word actually mean? बाहुबली - Bahubali - is a Sanskrit word that literally translates to “one with strong arms”. It is an amalgamation of two words — बाहु (bahu) and बल (bal). बाहु (Bahu) means arms. And बल (bal) means strength. बली (Bali) is someone endowed with strength, or strong. Interestingly, the word बल (bal) also finds similar roots in the Ancient Greek word βελτίων that translates to “stronger”.

Are you a 'Bahubali' yet? If not, then please get yourself jabbed at the earliest.

Back to the Parliament, Opposition leaders had given notices seeking discussion on Pegasus spyware, ahead of the first day of the Session.

We know what he’s been reading- everything on your phone!#Pegasus https://t.co/d6spyji5NA

This comes after a report that was published yesterday, alleged that the Israeli spyware was also used in India to hack the phones of around 300 Indians, including prominent journalists, politicians, Opposition leaders and even a few Central ministers. 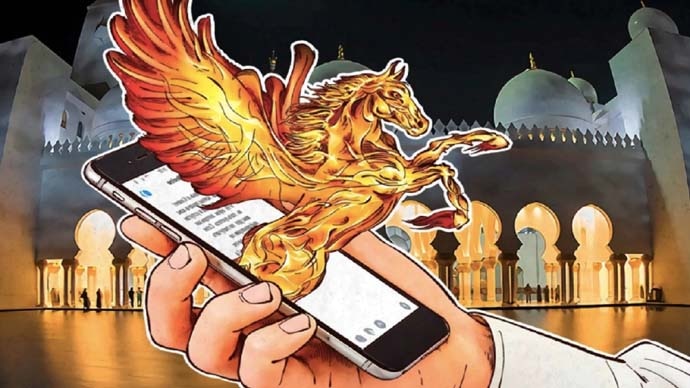 Opposition targeted the government over the reports that Pegasus spyware was used to hack the phones of several journalists and politicians. (Image: Kaspersky)

Addressing the row, IT Minister Ashwini Vaishnaw told Lok Sabha that there was no substance behind this sensationalism.

This brings us to the question: what exactly is Pegasus spying? How is the spyware installed and what does it do? More importantly, how to get rid of it? All your questions and concerns have been addressed and answered here.

While that was from the stormy session in the Indian Parliament, Europe has been ravaged by storms and record rainfall leading to catastrophic floods, devastating parts of the continent. The death toll across the region has risen to 188.

Of these, at least 157 were killed in Germany alone in the recent days, even as Bavaria becomes the latest region to be battered by the extreme weather. This is apparently the worst disaster in 60 years. 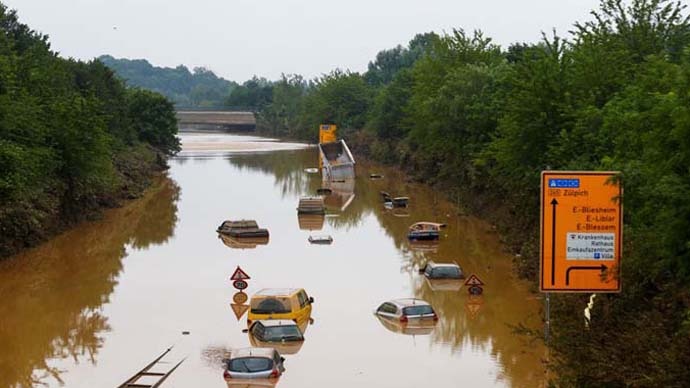 Germany deluged: Cars submerged in floodwaters on the road in Erftstadt-Blessem in Germany. (Photo: Reuters)

So what happened six decades ago? It was a storm surge, actually 59 years ago, in Hamburg. On the night of February 16 and 17, 1962, a powerful flood spilled over the city. Stormfront Vincinette had pushed water into the mouth of the River Elbe, leading to a flood wave of 5.7 meters above sea level towards the city. 315 people in Hamburg and another 35 in the other coastal areas of northern Germany were killed, besides the thousands of farm animals and pets.

Back home, in Mumbai at least 32 have died in rain-related incidents following incessant downpours, as of last night. This includes an incident of a wall collapse in Mumbai’s Chembur in which over 15 people died.

The national capital fared no better as heavy rainfall lashed Delhi-NCR. The satellite city of Gurugram was particularly battered, as the low-lying areas were flooded and traffic was affected badly. Delhi registered 70 mm rainfall in the last 24 hours. 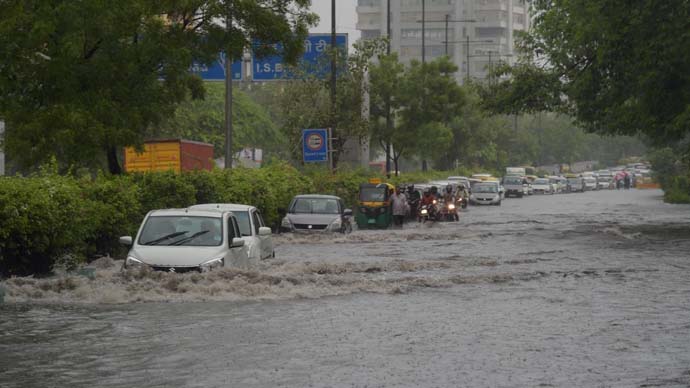 Commuters wade through a waterlogged street due to heavy rains near ITO in New Delhi on Monday. (Photo: PTI)

While that was the news of the outpouring from the skies, guess who is headed for the great beyond? Former Amazon Chief Jeff Bezos. He will hitch a ride to space tomorrow on his company Blue Origin's first crew launch.

The crew comprises people from varying age groups, who will be flying on the suborbital space rocket - New Shephard. For starters, it will be the 57-year-old Jeff, accompanied by his 53-year-old brother, Mark Bezos. The two other passengers include 82-year-old former pilot Wally Funk and an 18-year-old teen, who secured a seat after another billionaire bidder pulled out just a few days ago.

New Shephard has an Indian connection as well. No, there is no Indian on the crew, but a woman from Maharashtra is a part of the team of engineers that built the rocket. A systems engineer at the spaceflight services company, 30-year-old Sanjal Gavande, was born in Kalyan. 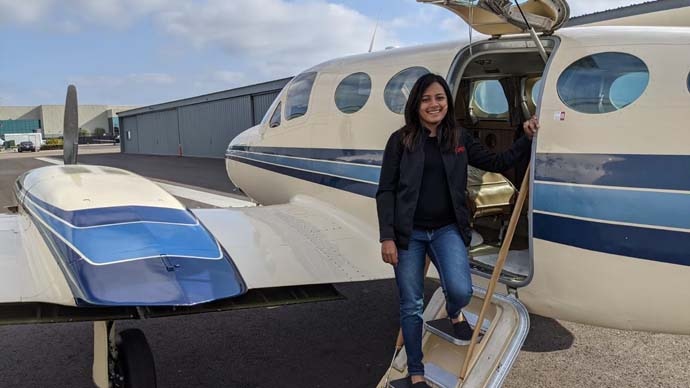 Right now, we are sure the passengers, the engineers and the rest of Blue Origin's team members are super excited over the take-off tomorrow.

What we are excited about is India's smashing 263 runs in just 36.4 overs against Sri Lanka in the 1st ODI match in Colombo. Ishan Kishan started with a six off the very first ball he faced. (Photo: Reuters)

Thanks to Shikhar Dhawan excellent captaincy, the Men in Blue registered their ninth successive win over Sri Lanka in ODIs. This makes India is the only team to register more ODI wins than losses against Sri Lanka in Sri Lanka. The star of the show was Ishan Kishan who became the first Indian to hit a six-off on his first ball in ODI cricket and the second-fastest Indian to score a half-century in the ODI debut.

If even that doesn't get you out of the Monday blues, we suggest you watch The Farewell — a heartwarming tale of families, coping with grief and smiling through it, packing a few laughs for you as well.

Also Read: Why the Uniform Civil Code has become imperative

#Covid-19 vaccination, #Germany floods, #Pegasus scandal, #Monsoon Session of Parliament
The views and opinions expressed in this article are those of the authors and do not necessarily reflect the official policy or position of DailyO.in or the India Today Group. The writers are solely responsible for any claims arising out of the contents of this article.