DailyOh! What Modi govt told Parliament about deaths and jobs, to why Kangana Ranaut wants your voice

Who ate the data? Don’t ask the MLA who just found out the truth about the dog’s tail.

Tik tock, tik tock moved the clock and so did people – some cursing Monday, others saying Monday blues set in while it was still Sunday evening. Nobody blamed Sunday though.

Lok Sabha MP Rahul Gandhi, however, blamed a “man’s ego” for an unplanned lockdown which led to the coronavirus spreading all over the country.

Quiz prize: We don’t know since we ain’t giving it. 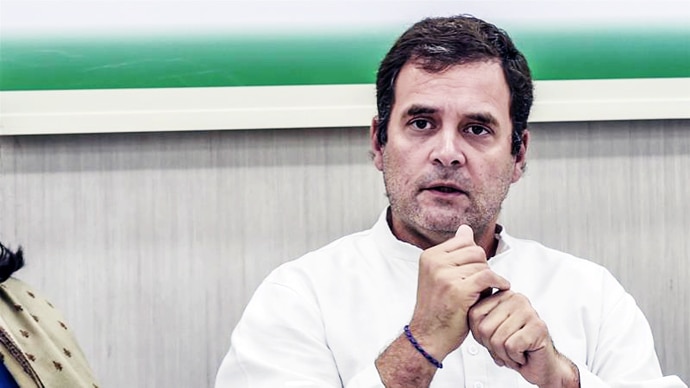 Shiv Sena, meanwhile, blamed Navy veteran Madan Sharma for getting beaten up by Shiv Sena’s men. In its mouthpiece Saamna, which Shiv Sena uses to mouth insults and attacks on people, the party asked, “Wasn’t Madan Sharma taught in the Navy to respect a person holding a Constitutional post?” Nobody is asking Shiv Sena if its members were taught anything about how to behave when in power because why ask what you already know.

But let’s go back to Rahul Gandhi though, because we will get back to Shiv Sena later. Gandhi’s tweet also rooted for Prime Minister Narendra Modi’s Aatmanirbhar Bharat, asking people to save their lives on their own since the PM is busy with mor. No hard feelings towards the mor because it never asked for your votes and is unlikely to do us.

Chinese virologist Li-Meng Yan says blame the virus and the lockdowns that the spread of the virus forced on the people of the world on a Wuhan lab and not the Wuhan wet market. Li says the coronavirus was manufactured in a Wuhan lab. Before you dismiss Li’s claim with “we have heard that earlier too” shrug, know that Li says she has proof of the claim and will soon go public with the proof. How soon? Tik tock, tik tock. The clock is ticking. 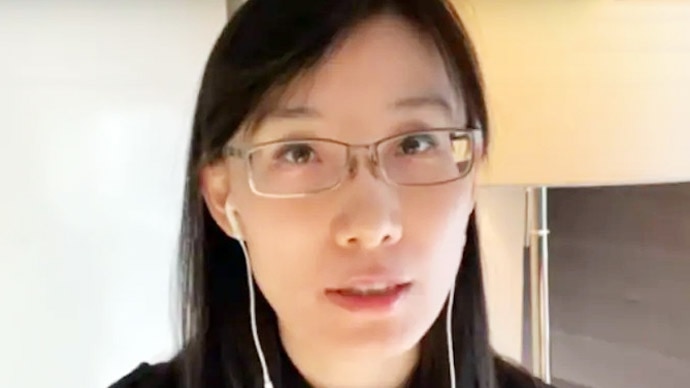 Actor Ravi Kishan, who is now a real-life Lok Sabha MP, sees a Chinese hand in the Sushant Singh Rajput death case and not just behind the virus. There is Pakistan’s hand too. The Bhojpuri actor sees it as a joint venture of the neighbouring countries, which are sending in drugs into India, via Nepal. Why are Pakistan and China doing it? To destroy India’s youth. Kishan said Bollywood celebs consume drugs and the youth are influenced by them, so they also consume drugs.

While Kishan spoke about the drug menace in Bollywood, Kannada actor Ragini Dwivedi was sent to 14-day judicial custody over her alleged involvement in the Sandalwood drug case.

Kishan spoke from behind a poly-carbon sheet which has been introduced in Parliament to ensure MPs do not get infected with the virus. Those already infected are, of course, not attending. A total of 25 have been found to have tested positive (so far, that is). Many MPs who are senior citizens have also chosen to give the session a miss.

For those attending, the norms are strict. Before the session began, Modi said, “Jab tak dawai nahi, tab tak dhilayi nahi (Till a cure is found, there should be no carelessness).”

Seen in Parliament today was National Conference chairperson Farooq Abdullah. Not that others were not seen, but Abdullah was seen for the first time since Article 370 was revoked in Jammu and Kashmir. In the Monsoon Session of 2019, parliamentarians asked Home Minister Amit Shah why Abdullah was not being allowed to attend, to which Shah had said if he doesn’t want to come, 'we can’t bring him at gunpoint'.

Shah, meanwhile, is in AIIMS and unlikely to attend the current Parliament session, though some reports say he is in hospital for a full check-up ahead of the session. The session is on and Abdullah is attending. The MP from Srinagar was once the cause for disruption of a Kashmir Assembly session. The ‘once’ was in March 2014. Abdullah, whose party was then in power in the state, called Kashmiris ‘maha chor’. What was stolen? Electricity. Abdullah accused people of the Valley of pilfering electricity by bypassing electric meters to avoid payments to the fund-starved state electricity department.

Abdullah said at a function while releasing a report on the state of renewable energy, “Kashmiri chor nahi, maha chor hai.” The Assembly session went through several shouting bouts and many adjournments over the statement, with the Opposition asking him to say sorry. In his response, Abdullah said he never said what he was being accused of saying and that the media put words in his mouth by misquoting him.

So the controversy died down but the time that J&K Assembly lost over the issue with adjournments, could never be brought back. Today in Lok Sabha, members demanded an adjournment motion to discuss Chinese incursions in Ladakh because there is no Question Hour. When Parliament is in session, one word you often get to hear is adjournment. When Speakers can no longer take the noise, they adjourn the House.

Adjournment, the Word Of The Day, and Parliament’s word for all days it is in session, comes from Old French ajorner, which roughly translates to ‘to an (appointed) day’. When you suspend a meeting, or session, to a later time, you are adjourning it. The setting of a future time to reconvene is important to adjourning something. In parliamentary procedure, an adjournment ends a meeting. A time for another meeting is then set. Final call on whether or not to allow an adjournment motion rests with the Speaker. To pursue the Speaker, opposition can always raise the decibels in Parliament.

Outside Parliament, Kangana Ranaut and Shiv Sena are doing it even though Ranaut has returned to her home in Himachal. She now wants people’s voice, not blood like Subhash Chandra Bose. What will she give in return? Security to your freedom. With a Y+ security, the actor has said if people don’t give her their voice, the day is not far when the price of freedom will be only and only blood. Tik tock, tik tock... the clock is ticking. Bhow, bhow said Shiv Sena, comparing Ranaut with a dog’s tail, and not the whole dog. MLA Pratap Sarnaik tweeted in Marathi, “I understood this saying today, ‘No matter how much you try, a dog’s tail never becomes straight.’” Sarnaik is 56. We do not know how many years out of the 56 he spent understanding it, but great he has, because better late than never.

TikTok, however, will never be taken over by Microsoft because Bytedance has picked up Oracle over Microsoft as its technology partner in the US. So Oracle is supposed to take care of the security concerns regarding the app in the US. Why sell when you can partner? That depends on the what’s more profitable. The deal has been struck a day ahead of the September 15 deadline set by US President Donald Trump to sell the US operations of TikTok to an American Company or face a ban in the country comes to an end.

There is no end to the investigations in the Sushant Singh Rajput death case. The Narcotics Control Bureau (NCB) today visited the late actor’s farmhouse and found hookahs which the investigators believe were being used for consuming drugs.

Meanwhile, a friend of Rhea Chakraborty’s brother Showik is in the NCB net too for being an alleged drug peddler. Suryadeep Mehrotra was with Showik in school and then allegedly outside school too in drug deals.

If you think Bollywood has no positive stories to tell, you can ask Alexa to do that and guess who you could get to hear? Actor Amitabh Bachchan.

To speak to the 77-year-old Bollywood star, users will have to say “Alexa, Say Hello to Mr Amitabh Bachchan” on any Alexa-enabled devices.

You can say hello to “Mr Amitabh Bachchan” but for now, we will be saying bye to you. But we are also saying we will be back tomorrow.