Is marriage the only way young Indians can have sex? Asking for a friend

For unmarried couples in India, privacy is as easy to find as facts in a WhatsApp forward.

The 2015 Hindi movie Masaan captured an important yet unaddressed aspect of the Indian society: privacy. In the film’s opening act, Devi (played by Richa Chadda) and her fellow student, Piyush, check into a hotel room, where they are "caught" having sex by the police and harassed by cops for “indecent behaviour”.

The movie’s characters may not bear any resemblance to persons dead or living, but the incident portrayed is all too real.

In 2015, 40-odd couples (consenting adults) were rounded up by Mumbai police for engaging in sex. The cops let go off the couples only after putting them through five hours of humiliation and a Rs 1,200 fine. But it’s not just police officials who are a bane for couples craving a private space in a country where the majority of the unmarried section continues to live with sense-of-privacy-impaired parents and families.

In 2017 India, hotels too are refusing to help them out.

There are absolutely no laws that suggest unmarried couples are not allowed to share a room together at hotels in India. In fact, Hotel Association of India (HAI), the umbrella organisation that oversees more than 280 hotels and resorts across the country is "not aware of any such rules".

Add to that the Supreme Court's assertion that "consensual heterosexual relation between adults, including pre-marital sex, is no offence except in cases where the partners are liable to be charged for adultery".

What’s more, live-in relationships are legal in India. The apex court, in 2015, said that live-in relationships, which were earlier considered to be a taboo, have now become an acceptable norm in the society and cannot be considered prohibited. (Of course, the use of "acceptable norm" may be a little too optimistic on the court's part, considering that regressive beliefs take a clear precedence over what the law deems acceptable.)

Yet, even the Supreme Court's authority does not stop hotels from adding their own sanskaari filter to the rules. And if there was ever a way to circumvent hotels and find other inexpensive lodging, things are changing for the worse.

According to a report in Quartz, “married couples only” is becoming a steady trend with Airbnb, a San Francisco-based hospitality company that brokers hotel rooms, guesthouses, apartment rentals, homestays et al.

“...if we allow unmarried couples, there is a risk that we, at our place, are allowing prostitution,” S Nisar, an Airbnb host from Chennai, told Quartz.

A BuzzFeed report also suggests a growing trend of "sanskariness" when it comes to Airbnb's reach in India:

“If you look like a young couple, I ask that you prove to me that you’re married. You can either show me a marriage certificate, or maybe a common address [as] proof to show that you live with each other in the same house,” said Daljeet Singh Virdi, an Airbnb host in Pune.

“Most requests I used to get were from couples who weren’t married,” said Kaniska Bhattacharya, an Airbnb host from Kolkata. “You can call me conservative, but look, me and my family are really not into letting unmarried couples live with each other,” he added.

While Airbnb is new to the great Indian sanskari game, there is no denying that our hospitality industry is largely a bigoted, moral policing uncle.

Recently, Nupur Saraswat, a spoken-word artist based in Singapore found herself stranded in Hyderabad without accommodation despite a confirmed online reservation. Why? Because she was a single woman travelling without male relatives. If that isn't enough, earlier this month, a Bangalore hotel denied a room to an inter-faith married couple simply because they were born into different religions. 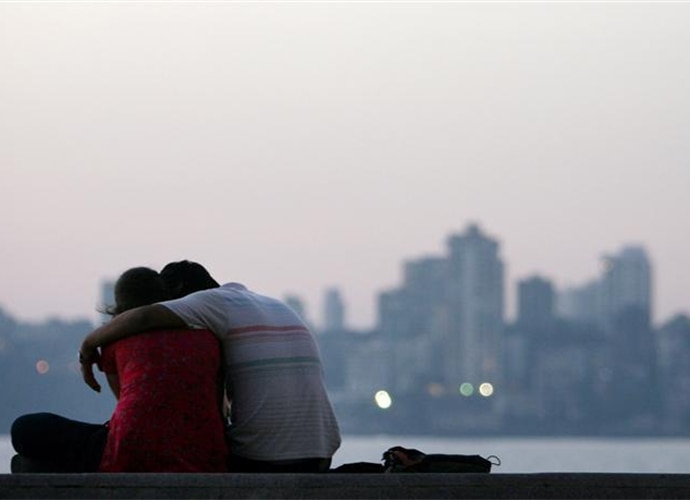 What is weird is at one point Airbnb had become a respite for couples unable to find private space owing to draconian hotel policies. Thanks to its flexible and negotiable terms of admission for private rooms in residential properties, Airbnb had become an attractive, even friendly option. But not anymore.

Several Airbnb hosts now have a clear “no unmarried couples” policy despite the fact that Airbnb’s website, in its non-discrimination policy, states that hosts may not:

3) Post any listing or make any statement that discourages or indicates a preference for or against any guest on account of race, colour, ethnicity, national origin, religion, sexual orientation, gender identity, or marital status.

Of course, these guidelines, as is mentioned in the website, apply only to hosts in America and Europe. Not in India.

Airbnb also adds that outside of the United States and the European Union, there may be some countries or communities that require people to make accommodation distinctions based on, for example, marital status, national origin, gender or sexual orientation, in violation of our general non-discrimination philosophy.

In those cases, Airbnb does not require “hosts to violate local laws, nor to accept guests that could expose the hosts to a real and demonstrable risk of arrest, or physical harm to their persons or property.”

Of course, as has been mentioned above, there is no illegality in unmarried couples renting hotel rooms. But orthodox moral values obviously outweigh laws in India. India of the 21st century somehow refuses to live in the present.

The older generation of India continues to infantilise the youth. Not allowing young couples privacy is clearly just another way of saying that we don't believe unmarried adults in consenting relationships are mature enough. Not allowing unmarried couples privacy is a refusal to acknowledge the fact that young Indians — unmarried couples or otherwise — have sex. It's normal, it's natural and it's perfectly legal.

Till the time we turn into a more progressive, a more liberal society, it would seem that the only way for Indian unmarried couples to get a hotel room (and some privacy) together, is to get married; within your faith and caste, obviously.

#Moral Policing, #Airbnb, #Unmarried couples, #Privacy
The views and opinions expressed in this article are those of the authors and do not necessarily reflect the official policy or position of DailyO.in or the India Today Group. The writers are solely responsible for any claims arising out of the contents of this article.