Hey New York Times, Pulwama was not an ‘explosion’, just like 9/11 wasn’t 'a plane crash'

Pakistan-based terror outfit Jaish-e-Mohammed (JeM) claimed responsibility for the Pulwama attack. How did this information slip the journalists at NYT? Or is this post-fact journalism now?

It was an attack that left the world shaken and shocked. Then-US President George W Bush claimed the attacks were an assault on the American way of life. Countries battling the scourge of terror avowed to fight the dastardly beast together. The North Atlantic Treaty Organisation (NATO), whose forces attacked Iraq and Afghanistan to dismantle terror infrastructure in the aftermath of 9/11, define terrorism thus:

“The unlawful use or threatened use of force or violence against individuals or property in an attempt to coerce or intimidate governments or societies to achieve political, religious or ideological objectives.”

It is deeply saddening therefore that an American paper today is trying to redefine what terrorism should mean for the rest of the world.

We wonder what the NYT thinks of the 26/11 Mumbai terror attacks in which six Americans died.

The democratic world united to fight terror because it realised that religious extremism is mindless and doesn’t discriminate between its victims. But the NYT seems to have conveniently forgotten its own democratic principles, however. 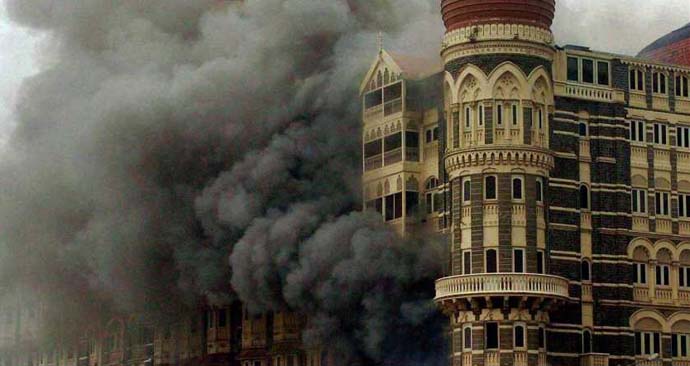 Even if Indian lives don't matter to the NYT, they should note six Americans were among those killed in the Mumbai terror attack. (Source: PTI)

Troubling that @nytimes chooses to describe a terrorist suicide attack as ‘an explosion.’ What’s next? Describing a beheading as ‘loss of a human head?’ @gettleman @nytimesworld https://t.co/1qolfH4KAy This was no oversight. The NYT has consistently refrained from calling the attack an act of terror — and has tried to include the impact of the attack on the upcoming General Elections in India in its coverage on the topic. The cynical, subtle political narrative has been explained through opinions like “Anti-India sentiment runs deep in Muslim-majority Kashmir, which is one of the world's most militarised regions.”

Tragically, the NYT is not alone in pushing this utterly one-sided and biased narrative. Organisations like Reuters are also apparently quite actively participating in an exercise to play down the fact that the Pulwama attack was an act of extreme violence and great provocation from Pakistan.

Reuters has tried to profile Adil Ahmad Dar, the suicide bomber who carried out the Pulwama terror attack, apparently with the sole focus of presenting the attack as a result of youth disgruntlement in the Valley. A piece titled, Kashmir Suicide Bomber Radicalised After Beating by Troops, Parents Say, appeared on Reuters just a day after the attack.

If grievances, alleged or genuine, were to justify terror attacks, then should we call 9/11 a 'deadly plane crash' and leave it at that? 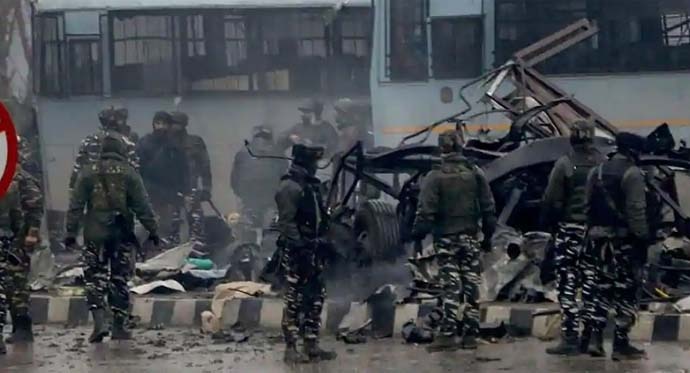 No 'explosion' this: 40 CRPF personnel were martyred in the Pulwama terror attack — claimed by terror group Jaish-e-Mohammed (JeM). (Source: Reuters)

Whether the NYT and Reuters side with India or Pakistan on the issue of Kashmir is their prerogative. Journalistically, if they remain neutral, it is commendable, but for them to turn their backs on global norms and consensus on what terror means is an injustice to all victims of terror across the world.

Any dialogue regarding Kashmir can happen only between the governments of India and Pakistan or mediators appointed by the state. India has repeatedly made it clear that no dialogue can start unless Pakistan ceases to use indoctrinated terrorists to destabilise the situation.

How did this crucial piece of information slip the journalists at the NYT and Reuters?

This discrimination in defining terror is shameful. And unacceptable.

#Jaish-e-mohammed, #Reuters, #New York Times, #Pulwama terror attack
The views and opinions expressed in this article are those of the authors and do not necessarily reflect the official policy or position of DailyO.in or the India Today Group. The writers are solely responsible for any claims arising out of the contents of this article.