It’s raining resignations for Mamata Banerjee-led Trinamool Congress. And today it rained in the forest. We mean the resignation came from Minister in-charge of the Department of Forest, Rajib Banerjee. Banerjee is TMC party MLA from Domjur. Banerjee’s exit from TMC comes a day before the PM Narendra Modi’s entry into West Bengal to address Parakram Diwas celebrations in Kolkata. But a more significant visit from Home Minister Amit Shah is due this month-end and could intensify the rain. 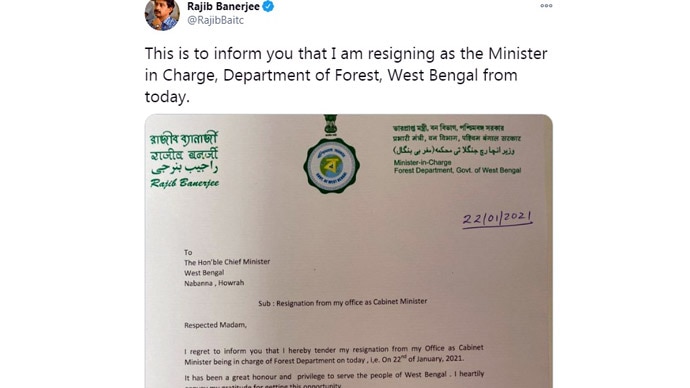 Before Modi and Shah visit, an Election Commission panel that was on a visit to Bengal has asked the state police to contain violence before the announcement of election dates. Violence is likely to resume after the announcement even if it is contained before it.

And what is happening with the protests? So, the Centre told farmers that it can put the farm laws on hold for 12-18 months and a committee can meanwhile work on the changes to the laws. The farmers, however, said no holdback, only rollback. 'Take back the existing laws' - which do not really exist because SC has put a stay on them - 'and bring in new laws' is what the farmers have told the government. The Rapid Action Force (RAF) meanwhile has armed itself with long-range drones and also anti-riot drones to keep a watch on the tractor rally on January 26 that farmers have refused to withdraw. The anti-riot drone can not only capture high definition images, but also drop tear gas shells on a crowd if it needs controlling.

But what caught people’s fancy was a PPE-dressed thief captured on CCTV camera. Sheikh Nur Rahman stole gold worth Rs 13,00,00,000 from the same shop he worked at. Stealing from where one works is easier because one knows the way around, also what’s hidden where. But it is also easier to get caught because pehla shaq is always on insiders. Moral of the story: Never take the easy route. Rahman was caught within 24 hours with all the gold and Rs 23,000 in cash.

Talking numbers, nearly 10,00,000 have been vaccinated so far in India. The fire that broke out at Serum Institute of India yesterday has been controlled and the vaccine manufacturer has started exporting vaccines to Myanmar and Mauritius. Talking of the fire, actually there were two fires at SII’s Pune facility.

But did you hear about the blast? People in and around Karnataka’s Shivamogga heard it last night. For hours, they kept wondering what hit them and their window panes. A search began on Twitter but found nothing. The search on the ground found that the blast occurred at a railway crusher site after a huge quantity of dynamite exploded. 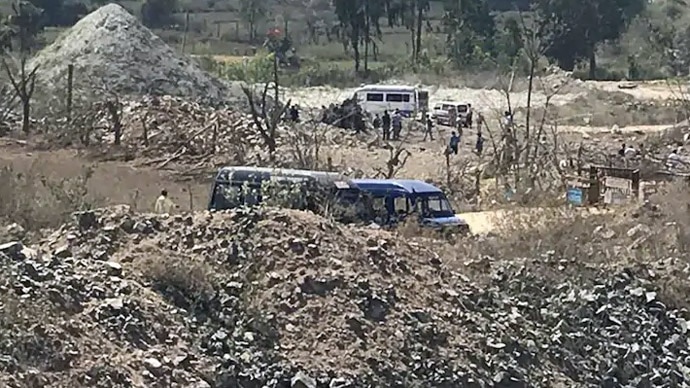 It was also found that five people died in the blast. Today, the quarry owner and dynamite supplier were both arrested. They can both blame Alfred Nobel but that would serve no purpose because Alfred is dead and by starting a ‘prize for peace’ he also blew away the title of ‘angel of death’ given to him by the media. Dynamite continues to blow up things and people. We ain’t blaming Alfred. Had there been no dynamite, we would be building mountains out of molehills and not roads through mountains. We ain’t blaming dynamite either. Blame is a game and we are not in a mood to play.

Dynamite comes from the Ancient Greek word dynamis, meaning ‘power’. Alfred discovered dynamite in 1867 by chance. He found that nitroglycerine was absorbed to dryness by kieselguhr, a porous siliceous earth, and the resulting mixture was safer and easier to handle than nitroglycerine alone. Nitroglycerine would explode randomly at the slightest shake.

What shook Shivamogga is being investigated. Yes, it was the dynamite but how did it explode is to be probed. But the Calcutta High Court has ruled – only the widow of a man has a right over the man’s sperms.

The ruling came after a man’s father moved court asking that he be given his only son’s sperms kept in a Delhi sperm bank. The father fears if the sperm doesn’t turn into a child, his clan would end. We will all end but we can save the clan. How does that help us? Ask the clan.

But let us tell you about a boy who learnt he had 150 half-brothers and half-sisters. So, in the US if you have been conceived through or have conceived through a donor, you have access to the Donor Sibling Registry service. This service helps one find matches with other donor children to see who shares the same father. Now, this doesn’t exist for fun. There is a larger purpose, which is larger than the 150-plus family. DSR is supposed to help families in the event when their child has an odd trait that needs to be determined as genetic or not. Also, it helps lower the possibility of ‘accidental incest’.

So, a woman in California happened to be searching the DSR for a medical condition of her son and found that he had 150 half-siblings from the same father. Vicky in Vicky Donor (2012) was a fictional character inspired from facts. Facts stranger than fiction. All donor siblings strangers to one another. That is no family and yet a family.

If you want to re-watch Vicky Donor, you totally must. And if you want to watch something you haven’t watched, we suggest Schitt's Creek. But there’s a rider. The series runs into six seasons and a total of 80 episodes. Check you binge appetite before you begin the binge.

While you could be bingeing on Schitt's Creek or whatever else you had been saving for the weekend, Varun Dhawan and Natasha Dalal would be tying the knot at Alibaug. The wedding will happen on January 24. 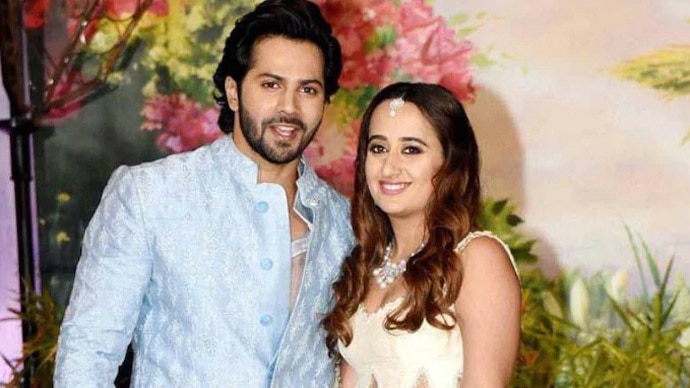 Varun Dhawan and Natasha Dalal will get married on January 24 in Alibaug.

We will leave you with that for today and the rest of the weekend.

Be back on Monday.

#Shivamogga, #Mamata Banerjee, #TMC, #Rajibbanerjee
The views and opinions expressed in this article are those of the authors and do not necessarily reflect the official policy or position of DailyO.in or the India Today Group. The writers are solely responsible for any claims arising out of the contents of this article.