Men can be raped, and women can rape: Why Indian laws need to change for a more equal society

To tackle sexual assault effectively, we need to free laws of gender stereotypes.

What is rape? Depending on the country you’re living in, rape can mean different things legally.

In India, rape is the insertion of a penis, or any foreign object, into a vagina without the consent of the woman or girl.

However, if the woman is married to the man, the act is not considered rape, whether or not he has her consent. The only exceptions to this are if the wife is either under 16 years of age, or the couple is separated. According to Indian laws, men cannot be raped at all — they can only be “sodomised”, which is covered under Article 377 of the Indian Penal Code.

Until about a month ago, Article 377 criminalised even consensual homosexual sex. While the Supreme Court struck down this aspect of the law in a historic verdict on September 6, more amendments are required in the legal definitions of rape.

With the definition of rape being limited to “the penetration of the vagina by a man”, women cannot be booked for rape. At the most, they can be booked for sexual assault, or forced unnatural sex under Section 377.

Even socially, many people believe that a man cannot be raped by a woman.

The patriarchal concept of masculinity forces men to believe that “all sex is good”. However, that may not always hold true. Women, whether because they are in a position of power professionally, physically, or emotionally, are also capable of coercing men.

Toxic masculinity forces upon society the idea that men are not vulnerable - only women are. This in essence implies that men are the ones who use their power to exploit women, and it can never happen the other way round.

A friend once related to me an incident where he was being sexually harassed verbally by his woman boss. When he went to his human resources department to complain, they told him he should just “enjoy it”. Male victims: Actor Rahul Raj has spoken of being sexually harassed when he was 19. (Photo: Twitter)

This will be familiar to many women — we’re often told that verbal harassment should be taken as a compliment, and we should 'enjoy' it. However, women are not pleased by such behaviour, and we should not expect men to be either.

Men have been taught that they should not show their vulnerability, or any emotion that makes them seem weak.

The taboo against showing normal human emotions — sadness, fear, revulsion — has been directly linked to anger issues and violence among men, in domestic as well as public spaces.

Toxic masculinity demands that men present themselves as dominating and “alpha” at all times. This unrealistic standard is what leads men to be unaware of their feelings, or how to deal with them.

A recent study by the National Commission for Protection of Child Rights (NCPCR) found there was a correlation between boys who survived sexual violence and their propensity for violence towards women and children. This was a preliminary study conducted by filmmaker and activist Insia Dariwala, but with these disturbing results, the Ministry of Women and Child Development asked her to conduct a more exhaustive study.

Maneka Gandhi, the women and child development minister, has also pointed out publicly that the existing child sexual abuse law — Protection of Children from Sexual Offences (POSCO) Act — is gender-neutral, and male victims should be entitled to compensation too.

Though the #MeToo movement was largely about women being targeted by men, there were men too who spoke out.

Actor Rahul Raj Singh spoke about being allegedly sexually harassed when he was 19. 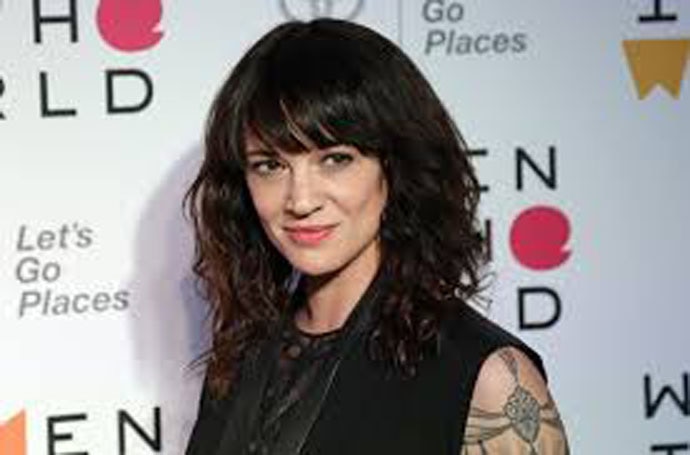 Itonically, activist actor Asia Argento has been accused of sexually assaulting another actor, Jimmy Bennet, when he was 17. (Photo: AP/file)

Internationally, Asia Argento, an actor and director, was also named as a perpetrator by another actor, Jimmy Bennet, who said she reportedly sexually assaulted him when he was 17. Bennet said that he had been ashamed to speak about the incident.

There have been many other women accused of sexual violence in the international #MeToo movement — such as actress Allison Mack, charged with human trafficking, and singer Melanie Martinez, accused of raping another woman.

Yet, it does not make sense for male victims to not have enough legal recourse.

Amending the legal definition of rape to recognise male victims and female perpetrators is essential to equality — indeed, it is what feminism stands for.

Offering support to male victims of violence, whether their attacker is male or female, is a step towards reducing sexual violence for women too.

Also read: #MeToo: Women get a voice in Kashmir. It's high time they did