An inquiry panel found the academic had 'crossed the line' on multiple occasions.

More than four months after US-based lawyer and academic Raya Sarkar published an explosive online list of Indian academics accused of sexual harassment, one of the prominent names on it has been held guilty. Asia Times reported that Ambedkar University Delhi (AUD)’s Committee for Prevention of Sexual Harassment found Lawrence Liang, a professor and dean of its School of Law, Governance and Citizenship sexually harassed a student pursuing a PhD with another university in Delhi. Liang was named in Sarkar’s list, which received support and opposition in  equal parts.

Per the report, Liang was found “crossing the line” on multiple occasions. The first occurred in April 2015, when the complainant met Liang, who was then visiting Delhi. The complainant alleged that during the meeting, Liang “forcibly kissed her, despite her asking him to stop more than once”. And while the lawyer has not denied the encounter, he said in his defence that there was physical ease between them, that he stopped when she asked him to, adding that he had apologised thereafter. Contrary to Liang’s testimony, however, the complainant alleged that she was “kissed and groped” by the lawyer and academic during the same trip, when she went to pick him up from the university’s guest room for an “after party”.

On another occasion — February 27, 2016 — when Liang visited Delhi to deliver a lecture, he allegedly hugged and kissed the complainant “in a way which was unwelcome”. More than a year later, on October 10, 2017, complainant decided to file the complaint with AUD after she heard of similar incidents of sexual harassment and assault involving Liang. But it was only after Liang’s name was mentioned in Sarkar’s list of sexual assaulters in Indian academia did AUD accept her complaint and began inquiry proceedings. 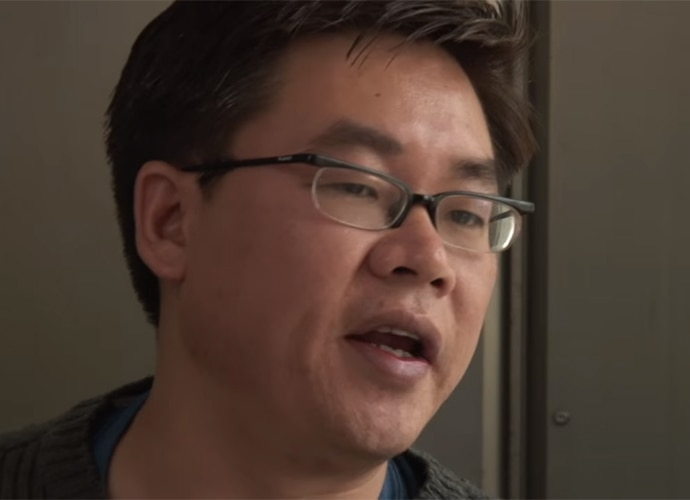 The final inquiry report dated February 20, 2018, according to Asia Times, recommended penal action against Liang, adding that he relinquish any administrative duties. The report also recommended that the university issue a warning letter emphasising that Liang would face serious consequences including “suspension from service” if there were any more complaints.

Liang has since the issued a statement: "The Committee for Prevention of Sexual Harassment (CPSH) at Ambedkar University Delhi (AUD) has conducted proceedings in which I was the defendant. The CPSH has given a report and made certain recommendations. This is only one part of the process provided by the CPSH rules. Those rules provide that both/either party can appeal the recommendations. I informed the CPSH and AUD of my intention to appeal immediately on receipt of the report."

The issue around due process

When Sarkar first published her list, the majority of criticism directed towards her list (and by extension Sarkar and the victims who helped compile it) was about its validity and why the complainants chose not to place faith in due process.

Vocal feminists such as Vrinda Grover, Kavita Krishnan, Brinda Bose, Nandini Rao among others filed and signed a statement on Kafila — an online portal for left-liberal commentary, of which Liang is also a member — that read, “We are dismayed by the initiative on Facebook, in which men are being listed and named as sexual harassers with no context or explanation. This manner of naming can delegitimise the long struggle against sexual harassment, and make our task as feminists more difficult. We appeal to those who are behind this initiative to withdraw it, and if they wish to pursue complaints, to follow due process, and to be assured that they will be supported by the larger feminist community in their fight for justice.”

An excessive amount of emphasis went on placing faith in due process and due diligence, without considering the harsh realities and the limitations of institutionalised redress mechanisms, such as anti-sexual harassment cells, Vishakha guidelines et al. Calls for due process did not consider the consequences of speaking up against men in academia who are very much in positions of power — for instance, they could lead to complainants being denied tenured positions, or scholarships being denied, or delays in getting doctoral theses approved by external committees, and even absolute ostracism.

That Liang was found guilty of sexual harassment, and that due process was initiated only after his name appeared on Raya Sarkar’s list, despite a ready complaint, is a double-whammy, and should make all critics of whisper networks and lists take a hard look at status quo and the utter failure of existing systems of addressing sexual harassment.

In fact, the effectiveness of “due process” in Liang’s case is still dubious.

Even the complainant feels that the “rules are designed to protect the abuser rather than the victims”, adding that merely making Liang relinquish his administrative post is not punitive enough.

Are lists the way forward?

The inherent risks of an anonymous list cannot be overlooked. While Raya Sarkar claimed that her list was properly vetted — she had evidence in the form of chat screenshots, emails, call recordings etc to back the claims should due process ever be approached — the underlying problem with anonymous accusations is that "anybody can be named anonymously, with lack of answerability", as feminist writer and JNU professor Nivedita Menon stated.

At the same time, it is more than apparent that institutional mechanisms have proved ineffective, not only because the punishment is being perceived as inadequate; more importantly AUD sat on the complaint till Sarkar’s list made news. Is it necessary to criticise efforts like Sarkar’s? For on multiple occasions, Sarkar has reiterated that the purpose of the list was not to target legal or institutional cognisance, but to ensure the safety of women in general — a word of caution to them, an attempt at keeping their guard up.

The list, Sarkar said, was "primarily for students to be wary of their professors, because in my opinion, knowing how college administrations function, harassers will continue to hold their positions of power".

Judging by how Liang's case has been treated, it is hard to find flaws in Sarkar's assertion.

[Editor's note: Lawrence Liang is an occasional contributor of DailyO.]

Also read: Why must we label Sridevi - the star - a lonely, unhappy woman?

Post your comment
#Sexual harassment, #Lawrence Liang, #Ambedkar University Delhi, #Raya sarkar
The views and opinions expressed in this article are those of the authors and do not necessarily reflect the official policy or position of DailyO.in or the India Today Group. The writers are solely responsible for any claims arising out of the contents of this article.