Leave The World Behind, in a post-Covid world: Book Review

Leave The World Behind by Rumaan Alam is almost the chronicle of a disaster foretold. Except, in his book, we never really know what the disaster is.

Rumaan Alam's third book Leave The World Behind may have been written before Covid struck, but there couldn't have been a better time than 2020 for it to hit the shelves. Your intestines are in a knot. The jaws are clenched. The tongue is stuck to the roof of your mouth. The brows are woven in a persistent frown. There is no end in sight. That's your present. There is hope somewhere on the horizon, the vaccine, but it's a horizon that's fraught with its own problems. We are living in a live experiment as countries hack supercomputers to steal data on a remedy, and people somewhere across the Pacific lay siege to the temple of democracy. We are living in a time that is all too unknowable. All too real.

Rumaan Alam's Leave The World Behind is almost the chronicle of a disaster foretold. Except, in his book, we never really know what the disaster is. What makes humans behave like humans — in the absence of the accessories we think we can't live without? That's precisely what Clay and Amanda, a well-heeled Brooklyn couple are brought face-to-face with on a holiday in Long Island. They check-in into a BnB with their teenaged daughter and son Archie and Rose, hoping to spend a few days away from the city. Fresh air, wind in your hair, no work emails, you get the drift. When they reach their holiday home, the hot tub is enticing, the lawns are manicured and the house looks like it's just the perfect getaway. And then disaster comes knocking, quite literally. 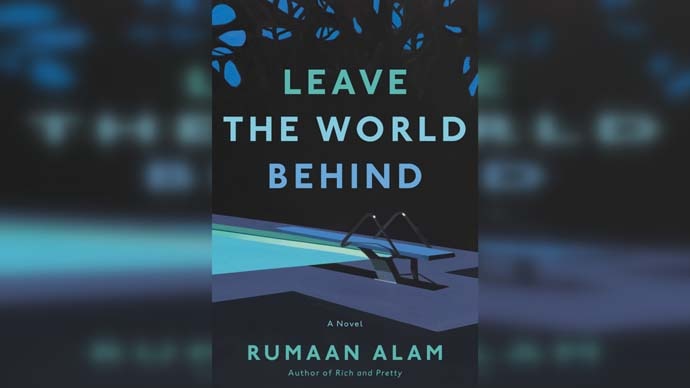 Rumaan Alam's Leave The World Behind is almost the chronicle of a disaster foretold.

GH and Ruth land up on their doorstep, claiming to be the owners of this holiday house. Clay and Amanda have no way to find out because GH and Ruth just broke the news: there's no way to find out what's the news, there's a power outage across the area, probably the state and beyond, no WiFi, no TV, no emails, no nothing. When all you depend on to know has been snatched away from you, what do you rest against?

They need to fall back on the most primitive of their faculties, trust. Can this pair of couples trust each other to live out this disaster that's unfolding in real-time, outside their door?

Outside is not safe, the book tells us.

Outside is not safe, Covid told us.

In its relatability and sheer foresightedness, Leave The World Behind seems almost like an omen. An omen for what we were to see just a few months from when Alam was writing his third novel.

In the past ten months, we have braved lockdowns, the sound of ambulance sirens, visuals of bodies bagged, stacked in piles because there simply was no more space to bury them. We have seen hearse vans not allowed to ferry the dead to bury the dead as the living blocked roads and brought hell along. We have seen mile-long queues at grocery stores as we typed out our lists and gambled with Fate for one more day, week, month, the unknown unseen forever.

The disaster that we lived through finds itself narrated through the lives of these six people in Long Island, the parents who would go to any lengths for their children, come hell or high water; questions of trust in a crisis, and then, hope. The hope of reaching whatever we think of as safety. A brick-and-cement home. A lover's arms.

A vial of vaccine. A jab.

Leave The World Behind is all of that and more. There are themes of survival intertwined with racism, parenthood, love. What is left of the human race when its most prized possessions, from a 2020 perspective — food and internet — are taken away, with no promise of a return? What happens when you just have no way to know?

Alam creeps under your skin and leaves you unsettled. That's all you get. There are no rewards for reaching the end because we never quite reach the end. We're all living in the story, to borrow the author's words.

Also Read: Together is Better, even in a socially distanced year

#Covid-19, #Leave the world behind, #Rumaan alam, #Bookreview
The views and opinions expressed in this article are those of the authors and do not necessarily reflect the official policy or position of DailyO.in or the India Today Group. The writers are solely responsible for any claims arising out of the contents of this article.