The killing of Pradyuman is a modern tragedy exacerbated by failed institutions and voyeuristic media.

The case of seven-year-old Ryan International School student Pradyuman Thakur’s murder has taken a new turn and from where it stands right now, it raises more questions than what it answers.

Here's a quick recap of how things stood back in September. Pradyuman's body was found inside the toilet of the Bhondsi branch of Ryan International School on the morning of September 8, with his throat slit open. The school's gardener found the body and raised an alarm.

The police had subsequently arrested the school's bus conductor, Ashok Kumar, as the prime suspect, even claiming that Kumar confessed to an attempted sexual assault on the child and killing him when he resisted. The police said that Kumar walked into the school with a knife and used it to kill Pradyuman.

Once the Central Bureau of Investigation took charge of the case, however, everything changed.

On November 8, two months after the murder, CBI detained a Class 11 student from the same school. The student was held under Indian Penal Code Section 302 (punishment for murder) and Section 25 of the Arms Act. 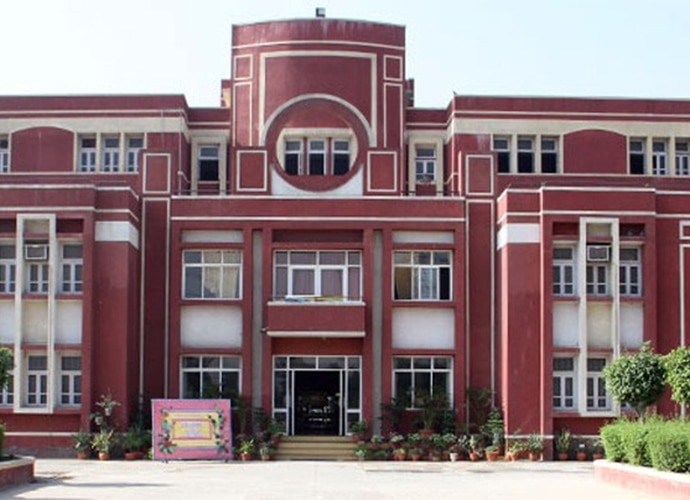 According to an India Today report, investigators said that the student murdered Pradyuman to ensure the exam scheduled for the day was postponed by getting Ryan International School to declare a holiday.

"We have come to the conclusion on the basis of CCTV, forensic evidence and scientific evidence. The student has been apprehended. He remains our prime suspect," a CBI spokesperson said.

The veracity of CBI’s claims apart, there are a few things that must be questioned, not only about the police, but the media trial and the irresponsible manner in which Ryan International as a school is run.

1) Can we trust the police?

According to a Firstpost report, the Class 11 student's detainment may result in the CBI probing a possible Ryan International School-Gurgaon Police nexus in the murder case. CNN-News18 quoted CBI sources as saying that the police may have also tried to destroy evidence.

Gurgaon police definitely needs to be questioned. How could the cops have claimed that Kumar, the conductor, "confessed to the murder" when the CBI says that CCTV footage and forensic evidence, along with a supposed confession, sing an entirely different tune?

Kumar’s family had, in fact, all this while claimed that he was being framed. Kumar’s wife told CNN-News18, "Ashok was framed due to pressure from the school. He was beaten up and given an injection."

"They beat him so badly that there was no way out for him but accepting the crime,” alleged Ami Chand, Kumar’s father.

As disturbing as that allegation may be, Indian police beating a false confession out of a suspect is not uncommon.

The police in turn was under pressure. The Ryan International School murder was covered by the national media and that may have led to the Haryana government pushing them to get results. “The police have less resources, less time and a lot of pressure to deliver results which can lead to such a situation,” a Gurgaon police official dealing with the case told Hindustan Times. The lack of any headway, however, forced the Manohar Lal Khattar government to transfer the case to the CBI.

While the CBI may claim that their suspect is on the mark, little should be taken for granted until this reaches court. After all, the Gurgaon police report, taken for granted managed to plaster the face of a supposedly innocent man all over the national media.

And while family members of the suspects always claim faulty police procedures, as has been apparent in this case, they cannot be taken for granted. According to India Today, the Class 11 student’s father claimed that there was a conspiracy to frame his son. He said that his son was questioned by the CBI for an entire day at the agency's headquarters in New Delhi before being detained. He also added that his son was the first one to spot Pradyuman on the day of the murder.

The father has also alleged that his boy was tortured by the CBI.

Speaking to ANI, the father said, “They (CBI) arrested my son last night. My son has been forced to confess to murder. He has not committed the crime; he was the one who informed the gardener and teachers.”

If nothing, there is a startling similarity between the narratives provided by Kumar’s family and the new suspect’s father. And this similarity alone should be enough for the media to not conduct a mock-trial on the Class 11 student before the case ends up in court, no matter what has been claimed to be a “confession”.

3) What makes a boy commit murder?

Another India Today report about the new suspect describes the teenager through the eyes of his classmates. The sixteen-year-old student allegedly told his friends not to prepare for the upcoming examinations as "there would be a holiday" some time before the crime took place.

His classmates have also described the teen as "aggressive”, "a bully" and someone who is weak in studies. They claimed that the teen was infamous for violent behaviour and used to often carry a knife on the school campus. He was, in fact, allegedly seen with the blade on the day of the murder. The report also quoted “sources” saying the teenager has been receiving psychiatric treatment for the last one year.

Finally, the report added that the teen is allegedly addicted to pornography. "He always talked about sex and watched blue films even during school hours," said a student of his class.

But are these signs telling of a murderer? A recent DailyO editorial on student suicides read:

"A post-liberalisation generation grows up aspiring for a certain standard of life; for most, a professional degree is the only way to attain it; there are few colleges and fewer jobs and so the competition to get into the ones that 'guarantee a job' is tragically fierce. Add to this, family expectations, the tying of self-worth to scores/grades, and you have a lethal cocktail."

Is this teenager yet another victim of this very lethal cocktail? Or is it just the psychopathic tendencies that inhabit the impressionable mind from unchecked exposure to sexual violence in the form of pornography, or gore in the form of the cinema and television?

We have no way to know until the suspect is examined by qualified psychiatrists. What we can say for sure is that the murder of Pradyuman is a modern tragedy; one where he is the victim of brutality, and his family the victim of failed institutions and a voyeuristic media.