One of the country’s top designers has announced he has found a way to keep his creations ‘fresh’ — by moving on from 'stick-thin models' to 'boobs'.

In a recent interview to the magazine Architectural Digest — a rather unusual publication for such verbal booby traps — Sabysachi pronounced: “In fashion, you have to reinvent yourself every three to five years. You need to be fresh. Right now, I’ve become tired of gaunt faces and stick-thin models. I’m obsessed by boobs!” This is the 'freshness' Sabyasachi was talking about, apparently. (Photo: Instagram/sabyasachiofficial)

One of the country’s most popular designers finds his inspiration, the wellspring of his creativity, in human mammary glands. What a proud moment for women — at least, the bustier ones.

There are obvious problems with the statement — women’s bodies are not trends to change with seasons; no matter what Sabyasachi’s current “phase”, his products will be bought by “stick-thin” as well as curvier women; Sabyasachi’s is an influential voice, and he is dissing a certain body type in favour of another, once again trying to define what “beauty” in a woman should be like.

But let’s, for a moment, look beyond the sexism.

The designer has essentially reduced women to a sum of their body parts, but let’s assume it is an artist, and not just another entitled man, talking.

Sabysachi designs clothes, and bodies for him, presumably, would be like canvases for his art.

It is also true that the tribe of fashion designers historically gets away with body-insensitive remarks — some of the world’s best known fashion designers, from Karl Lagerfeld to Donatella Versace to Calvin Klein, have come up with cringe-worthy statements anyone else would be roasted for, but is somehow allowed for them.

The leeway extended to designers is because it is assumed they do not view the human body as belonging to individual people, or as woke political spaces, but as something inextricably woven with the work they do, a big part of their creations’ aesthetic.

Hence, designers come up with terrible body-shaming remarks, and it is put down to their edgy genius, and forgiven.

While the merits of this defence are debatable, does our Sabyasachi uncle qualify for it? Sabyasachi Mukherjee’s creations are hardly known for being daring, for bold experimenting, for pushing the envelope.

His motifs and aesthetics are borrowed from traditional Indian art. He chooses very pleasing colour schemes. His biggest achievement is being grand without being garish.

Which is why he has found the most usefulness in designing wedding lehengas, for people who think the best definition of being “classy” is being non-blingey.

Sabysachi is not an inspired genius — his genius, if anything, is in how to make “safe” pass for “classic”.

When he has made his money out of playing conventional, and, when called out for it, claiming it was “traditional” — cases in point, Anushka Sharma’s reception sari, Vidya Balan’s 2013 Cannes outfits — Sabyasachi cannot get away with “edgy” statements in his personal life. 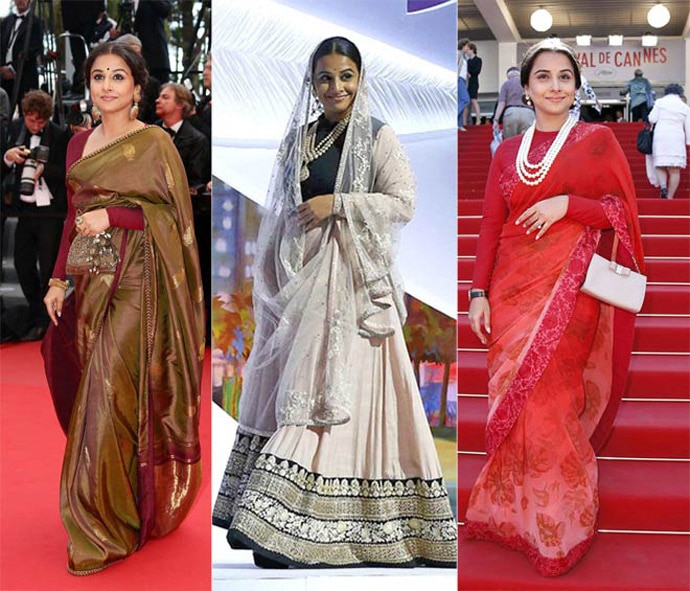 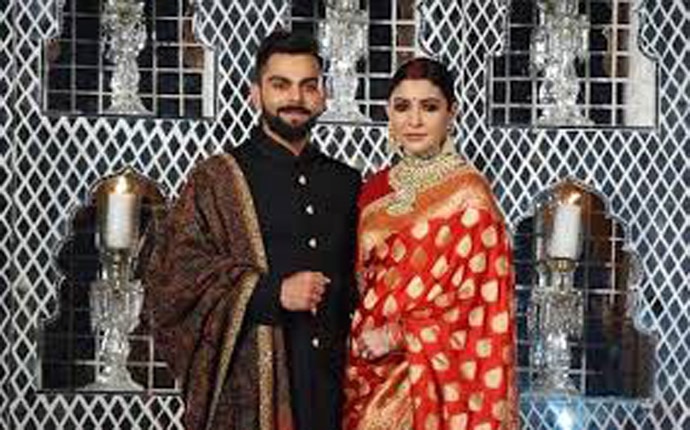 Vidya Balan at Cannes, Anushka Sharma at her reception: These are safe, boring choices. Hardly the work of an inspired, edgy genius. (Photos: India Today)

Your work cannot be extremely middle class 'respectable' and your views oh-so-radical.

Sabyasachi’s folly, too, then, is boring and conventional — an utter lack of filters.

Remember that in February, the designer had shamed women — quite literally, he said “shame on you” — for not knowing how to wear a sari. After a furore over that comment, he apologised.

Women in Sabyasachi’s world have a difficult life — they disappoint him for not knowing how to wear a sari, for being too thin, for having too gaunt a face. Maybe, the curvier ones can for the time being enjoy his “obsession” with them.

Others can just turn to Chandni Chowk for their wedding lehengas.