We hope someone with a degree in History and Politics from an Ivy League university will finally make sense in our raajneeti.

It seems every day, Sara Ali Khan is only becoming smarter.

While her father is in the news over speculation of whether he has lodged a complaint to the police against photographers parking themselves in front of his house 24X7 to get a glimpse of Taimur, Sara has caught the flavour of the season right.

In a recent interview, she has said, for now, she is concentrating on her acting career — but later in her life, she might join politics.

A few days ago, there was frantic speculation about Kareena Kapoor Khan taking the political plunge, which she later dismissed.

The connection between politics and the Pataudis has got a new lease of life now as Sara expressed her political ambitions.

No one takes Bollywood seriously

At least, not in politics.

Yes, our politics can boast of a list of its Bollywood imports, but they are doing what they could have done better by sticking to their original profession — entertainment. People are laughing at Hema Malini’s last-ditch Mathura visits, where she is seen force-posing with toiling women, or where she is stumbling and fumbling to even remember the things she has done for the constituency.

We can’t vouch Sara Ali Khan will be different.

But there are enough indications for hoping so. 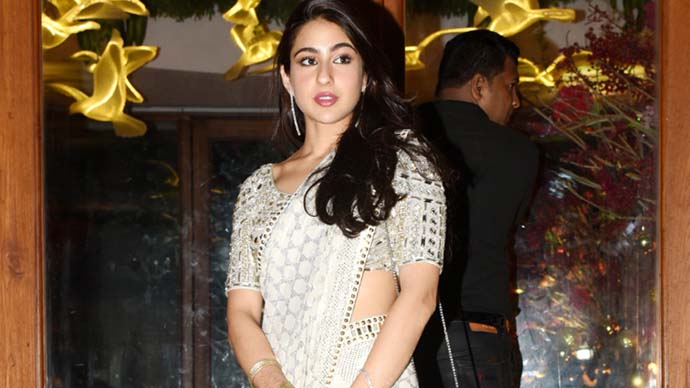 At least someone with a real degree!

Smriti Irani’s degree controversy this time is bigger than ever before and the furore around it has engulfed, as it always does, her rival, Rahul Gandhi's claims too. But if Sara Ali Khan joins politics, we will at least get someone with no opaque educational qualification story. As Sara always makes it a point to mention in all her interviews, education was her priority. Her parents never dissuaded her from joining showbiz, but there was only one condition — as imposed on all Pataudi family members — that she has to complete her formal education.

She has thus studied History and Politics at Columbia University.

So, finally, someone would make sense while talking about politics?

Politics is no retirement plan

Our political spectrum largely looks like a rehabilitation/retirement plan for Bollywood. But it's not like that, right? Politics is not a part-time, freelance thing for some extra bucks and a bit more fame. And our girl seems to understand this. She has said that her political ambition is not a backup plan if and when her Bollywood dreams go kaput.

We'll be watching Sara closely. And not just for her cinema now!