DailyOh! When Dada made Steve Waugh wait; to the killing that made Vikas Dubey don

The former Australian cricketer said he was ‘wound up’ by Sourav Ganguly’s ‘continued petulance’. How off the mark was Waugh?

Normalcy is a long way away. So far away that we don’t even know what it would look like when we get there. Will it be an all-masks-no-hugs-no-touch life or it will be life as we knew it? Like you, we too don’t know the answer. What we do know is we won’t reach it if you we don’t begin to move towards it. In a small step towards normal days, England and West Indies started their first Test match, kicking off the return of live international cricket. How solid that comeback is will depend on how safely the current series can be played.

The match is being played in England’s Southampton to an empty stadium. We mean players, umpires and ground staff are there but not the spectators. England is where it all first began. Cricket; not this new life. The game flourished in England in the 17th century, but the modern form of the game emerged in the 19th. That is when the rules were written by Marylebone Cricket Club. Live international cricket has kicked off from England. (Photo: @ICC)

Did you know that an over in cricket did not always get over with six deliveries? From 1880-1888, an over consisted of just four balls. Then it rose from four to five between 1888 and 1899. After which, the six-delivery format came in. The format lasted only till World War II broke out. From about 1939 to 1945, international cricket came to a halt. It was then that in England, an eight-ball format was adopted. Now, England soon reverted to the six-ball format and so the eight-delivery over was quickly forgotten about.

But we want to remind you of something. We are sure you haven’t forgotten, but just in case you have - Dada turned 48 today. The Indian cricket team isn't travelling abroad for now, but there was a time when the team would travel and lose match after match. Under Sourav Ganguly’s captaincy, the trend of winning matches abroad started. Of the 146 matches played under him, India won 76. Some say Ganguly’s success lay in his ability to give it right back to the opponent – not just with the bat, but attitude too. One man on the receiving end of Dada’s ‘attitude’ was Australian skipper Steve Waugh.

In 2001, India were playing against Australia in a home series. When the series reached the third ODI and the toss had be conducted, Waugh reached the ground along with the umpires. But Dada was missing. He kept Waugh waiting and everyone wondering about where he was. He arrived sometime later, and much later, he revealed that he kept Waugh waiting deliberately. Why did he do that? Ganguly said he was trying to teach the Australians a lesson. Teacher Ganguly was miffed because the then Oz captain John Buchanan had spoken rudely to Javagal Srinath. Chapter closed? Of course not.

In his autobiography, Out of My Comfort Zone, Waugh opened a new chapter about the controversy saying Ganguly was late for the toss seven times during that series and that he was “wound up” by Ganguly’s “continued petulance”. You know tempers can fly during cricket, football, basketball and all kinds of matches. They can also remain in air post matches.

We have spoken so much about cricket and (the) cricketer whose birthday it is today, so we thought let us talk some more about cricket because Indians can’t ever have enough of it.

Cricket, the Word Of The Day today, finds its earliest reference spelled as ‘creckett’. The name may have been derived from the Middle Dutch ‘krick’ meaning a stick. Any wonder cricket is said to be titled in favour of batsmen? The word also finds a separate origin in Old French ‘criquer’ which means to crackle.

The current meaning of cricket as explained in Oxford dictionary is more like an explanation of how the game is played: “A game played on grass by two teams of 11 players. Players score points (called runs) by hitting the ball with a wooden bat and running between two sets of vertical wooden sticks, called stumps.” Remember playing cricket with your sibling inside the house with your parents screaming to watch out for the TV and other fragile items? The literal meaning fails to capture that sentiment or nostalgia.

Cricket, however, is also an insect that makes a loud sound just by rubbing its wings together. That sound has been romantically described to describe the descent of night in many books.

Some might find the sound irritating too, but there is nothing as pestering as the coronavirus for now. A study says India could see a daily spike of 2.87 lakh Covid-19 cases by February 2021. The projection has been made by researchers of Massachusetts Institute of Technology (MIT). They have also projected that the total number of cases worldwide would be between 20 crore and 60 crore by March-May 2021 - in the absence of a treatment. The projection is based on a mathematical model. If you needed any more reason to hate maths apart from your low grades, you got one. If you scored high and love the subject, please ignore.

Should you be alarmed? We recommend caution. Remember in June, Delhi deputy CM Manish Sisodia had said the number of Covid-19 positive cases in Delhi would be over 5.5 lakh by July end and 80,000 beds would be needed. We are close to mid-July and only about 6,000 beds are occupied. Sisodia too had cited a mathematical model. These models work on the assumption that no human intervention (like masks and sanitation) will be made and no treatment would be found. Newer medicines are being tried even as trials for the vaccine are at various stages of development. 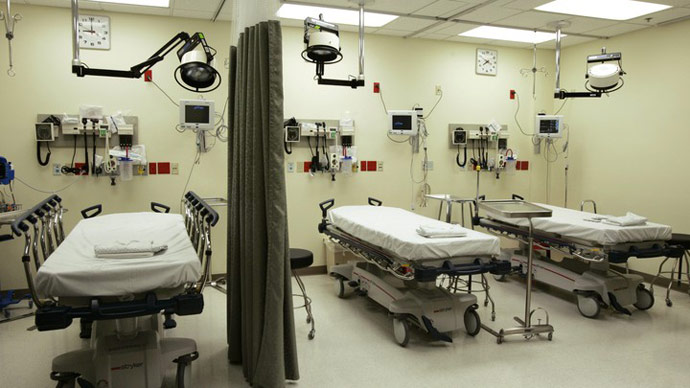 The recovery rate from Covid-19 in India is over 60 per cent. (Photo: Reuters)

You must have heard of Remdesivir; the drug has shown evidence of reducing coronavirus infection in critical patients. Now, Cipla has announced it will launch its own version of Remdesivir in the next 1-2 days. This will bring down the cost of the drug significantly because nobody knows how to make cheaper drugs as well as Cipla does.

Yusuf Hamied, the owner of Cipla, and son of Cipla’s founder Khwaja Abdul Hamied, knows his job well. One reason could be the amount of reading he does on medical science and medicines. Do you know that at one point Yusuf had an annual budget for medical journal that topped US $150,000 (Rs 1,12,50,000)?

Cipla says it would be able to make Remdesivir available at a cost of about Rs 4,000 per vial. A patient needs about six vials to drop that patient tag. Black marketing of the drug has seen the cost soar to about Rs 40,000 per vial. That cost could kill more easily than the virus itself. Unfortunately, black marketing is not something that Cipla can fix; it has to be fixed by the government. On that front, the less said the better.

He joined the Congress in 1964 and was a vocal critic of the Emergency. As a result, he was jailed in 1975. But much before that, he had told Indira that he would like to see the Congress break.

Let us tell you how he got to telling Indira that. When he joined the party Indira asked, “What would you like to do now that you are here?” Chandra Shekhar said that he would want to steer the party towards true socialism. So, Indira asked, what if he didn’t succeed. It was then that Chandra Shekhar said in that case, he would endeavour to break the party. “My first effort would be to bring socialism to the party but if I fail, there will be no option left other than to ensure its disintegration.” Socialism didn’t come to the party and Emergency compelled Chandra Shekhar to part ways with the party he thought he would break. He later joined the Janata Party, which of course, had many former Congress veterans too.

Since we are talking politics, let us remind you that today happens to be the birthday of West Bengal’s longest-serving Chief Minister Jyoti Basu. A co-founder of the Communist Party of India (Marxist), Basu served as CM from 1977 to 2000.

From West Bengal, let us take you to Uttar Pradesh now, where a man has set police on a hunt for him in Delhi, Haryana and Madhya Pradesh. The UP Police have been joined in the effort to nab don Vikas Dubey by police from many other states because among the crimes that Dubey has committed is the crime of killing eight UP police officials.

Don ko pakadna mushkil hai magar namumkin nahi becaue kanoon ke haath, as you know, are long enough. The one reason kanoon ke haath have not reached Dubey still is that some police officials have been leaking out the details of the plans to nab Dubey.

Last evening, he was spotted at a Faridabad hotel. Before the police reached the hotel, Dubey had slipped away. Too many slips will ensure a faster fall. If he thought the mask would save him, he is not thinking hard enough. In Faridabad, he was identified despite the mask. The reward on Vikas Yadav's arrest has been raised from Rs 2.5 lakh to Rs 5 lakh. (Photo: Twitter)

You may not have any information on him, but if you had some info good enough to get him arrested, you could earn Rs 5 lakh.

How did Dubey come to be the dreaded criminal that he is with poore mulk ki police behind him? It all started at a police station in 2001. Dubey chased BJP leader Santosh Shukla, who was also a minister in the then UP government, inside a police station before shooting him multiple times. About a dozen cops watched and then refused to accept they saw anything. Impressed?

Don’t be. Here's a video to tell you why you shouldn't be.

Bihar DGP Gupteshwar Pandey on criminal Vikas Dubey being hailed as "hero" by some. Minced no words. pic.twitter.com/uQ9Z66OHtd

The man who chased a politician and shot him inside the police station is now on the run for his own life. It is only a matter of time before he is caught. He is not a don we like, but there has been one we did – the original don.

We will leave with this for today. Be back tomorrow.

Also Read: DailyOh! Why Pakistan chose to not enter 1962 war on Chinese side

#Remdesivir, #Cricket, #Vikas dubey, #Souravganguly
The views and opinions expressed in this article are those of the authors and do not necessarily reflect the official policy or position of DailyO.in or the India Today Group. The writers are solely responsible for any claims arising out of the contents of this article.