DailyOh! SpaceX launch put off, but how Kennedy Space Center got its name

Former US President Kennedy wanted to send man on the moon, but why does the current one want to send Twitter home?

Coronavirus has restricted our movement, but guess what stopped the movement of SpaceX rocket ship today? Stormy weather. Where was SpaceX going? Well, into space. It wasn’t going alone though. Two NASA astronauts had climbed aboard SpaceX at the Kennedy Space Centre amid thunderstorms threatening a delay. Just 16 minutes before the launch, they realised the risks were high and so the mission was postponed. No new date has been set for the launch. You may say that it is more important to get commercial flights up and running to their full capacity for now than sending SpaceX into space.

Well, the project aims to take commercial flying to a whole new level of commercial spaceflights. This was NASA’s first attempt of launching astronauts from US soil for the first time in nearly a decade.

The honour was accorded to Kennedy because he famously declared in 1961 that the US would put a man on Moon – and also return the person safely to Earth. The former president was a huge advocate of space exploration. 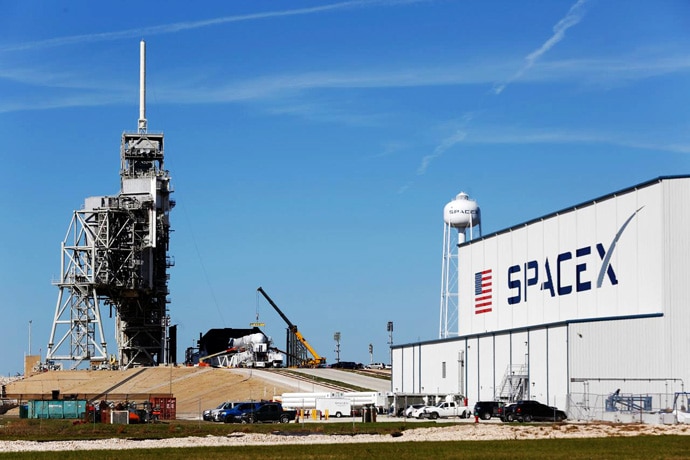 When Neil Armstrong and Buzz Aldrin made it to Moon on July 20, 1969, Kennedy wasn’t around, but their spaceship had been launched from Kennedy Space Center. There is no stopping human ambition. For now, there is no stopping the spread of coronavirus too. The top contributor remains Maharashtra, followed by Tamil Nadu in India. The third spot has been snatched by Delhi from Gujarat. India now has over 1,60,000 cases.

The fourth phase of lockdown ends this weekend, which is also when PM Narendra Modi is likely to announce the extension of the lockdown. This is also when states will announce further relaxations. This the states had been doing even through the lockdown. Remember, the decision to allow domestic flights was a relaxation announced after the extension of Lockdown 3.0 to Lockdown 4.0.

Talking of flights, there is a lot of debate over just how safe the flights are. Airlines say they are doing some screening at airports, but asymptomatic patients have gone undetected in a couple of cases. This is perhaps the reason why a family of four took a 180-seater Airbus 320 ride from Bhopal to Delhi. 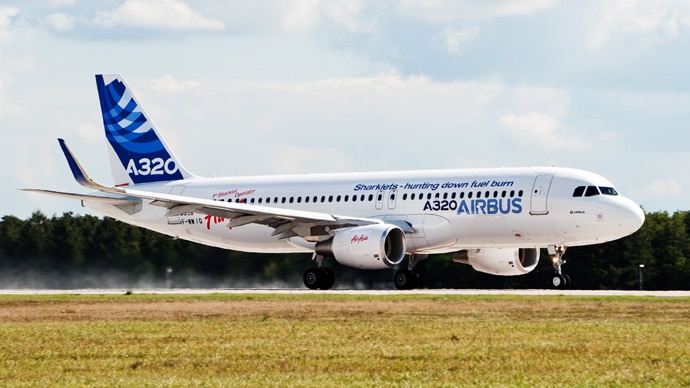 A family of four travelled in an Airbus 320 from Bhopal to Delhi. (Photo: Wikimedia Commons/Photo for representation)

You may wonder why a huge plane and not a small aircraft? Our guess is the purpose was social distancing. The facilitator was, of course, money. So what kind of money would one have to spend to take a ride like that? About Rs 12 to 14 lakh, our source informs. Just a few months ago, wealthy families also brought back their kids from the UK on chartered flights which cost about Rs 90 lakh.

So well, given how deep the pockets for some are in India, spending Rs 12-14 lakh for a safe flight is not that much. As long as people with deep pockets will dig deeper to spend more, there are chances the economy can get back on track soon enough.

Nobody likes traffic congestions and power cuts followed by a surge in power demand, but what we like and what we don’t is changing in the times of corona. Who wants to be positive now? No one.

Who wants crowded places now? Only those who want to turn positive. The problem is that positive people can spread their positivity at a time we want more negativity. One such positivity advocate was arrested in Delhi. Sadly, he was released just hours later (on bail). We are talking about Daati Maharaj alias Dati Madan Lal Rajasthani. The man has been charged for violating lockdown rules by organising a religious ceremony at Shanidham temple in South Delhi’s Asola on May 22. Those privy to the probe say they got evidence against the man when they read the writing on the wall. Madan Lal reportedly placed on the temple’s boundary wall a poster, “urging people to come for the gathering on May 22”. Did people come? It is believed those who came included the old and children, both categories which are considered high risk. Madan Lal is our Covidiot Of The Day, but the man has reportedly been up to a lot worse in the past. He was named in a CBI FIR along with a few others for raping a 25-year-old woman at his Ashram in Fatehpur Beri on January 9, 2016, and for having unnatural sex with the victim.

We hope justice will be done in both cases against Madan Lal.

But a man, considered to be the most powerful in the world, is threatening ‘justice’ too. Let’s start from the start here because this is one interesting chain of exchanges.

The US is headed for elections in November this year. The world is concerned over how people should vote in the times of corona. Some say there can be mail-in ballots. This has raised security concerns among many. Donald Trump is one of those many. So, he took to Twitter to tweet his concern that “Mail-In Ballots will be anything less than substantially fraudulent”.

There is NO WAY (ZERO!) that Mail-In Ballots will be anything less than substantially fraudulent. Mail boxes will be robbed, ballots will be forged & even illegally printed out & fraudulently signed. The Governor of California is sending Ballots to millions of people, anyone.....

We added a label to two @realDonaldTrump Tweets about California’s vote-by-mail plans as part of our efforts to enforce our civic integrity policy. We believe those Tweets could confuse voters about what they need to do to receive a ballot and participate in the election process.

The US President lashed out at Twitter and threatened to “close down” social media because he believes they are coming in the way of free speech.

So, Mark Zuckerberg plunged into the controversy saying privately-owned digital platforms should not act as the “arbiter of truth”.

But what does Jack Dorsey, the owner of Twitter, have to say about Trump’s threat? Dorsey told Trump, “Punish me and not Twitter.” A fact check on that one shows, Trump doesn’t care about what Dorsey says. He claimed accountability. And in an indirect reply to Zuckerberg, Doresy said, “This does not make us the ‘arbiter of truth’."

The truth is a compound of two half-truths. And we never quite reach it because there is always something more to say. A lot can be said about Trump’s claim to honesty and Dorsey trying to claim the moral high ground while working behind a thick cloak of opacity. But we won’t get into that because we can let Trump, Dorsey and Zuckerberg handle that.

We will, however, tell you what Twitter means where millions are tweeting through the day. Twitter is our Word Of The Day.

Twitter was created in March 2006 by Jack Dorsey, Noah Glass, Biz Stone, and Evan Williams, launched in July of that year.

Apparently, Dorsey has always been fascinated with how cities communicate in real-time. He suggested an SMS-like service to help people connect real-time. Some say the original name was ‘Status’, but Dorsey searched and searched the dictionary till he found the word Twitter. By definition Twitter was “a short burst of inconsequential information, and chirps from birds.” That is what Twitter was supposed to be like – chu, chu karti chidiya. That is the reason for the company’s logo too. All display-picture-less accounts would be an egg earlier, but that's now a human silhoutte on the platform. Bird to human.

The amount of information and idea exchange that happens on Twitter is phenomenal. Many say it has become a platform for exchange of hate, but if hate exists, it will find a way of being exchanged. As for Trump’s threat, we are sure the man himself is addicted to Twitter; he won’t be able to “shut it down”.

But the chu, chu chidiya has reminded us of a song that we want to remind you of.

Hope you enjoyed and had a good day. If not, remember tomorrow is another day.

We will see another day.

Also read: DailyOh! Are locusts a bad omen, to how rising heat will reduce working hours

#Daati maharaj, #Jf kennedy, #SpaceX, #Spacexlaunch
The views and opinions expressed in this article are those of the authors and do not necessarily reflect the official policy or position of DailyO.in or the India Today Group. The writers are solely responsible for any claims arising out of the contents of this article.