Who is responsible for Sridevi’s death?

Who is responsible for Sridevi's death? There are three culprits, and each one is an "industry". The first culprit in Sridevi's death is the movie industry. There are no possibilities in the Indian movies for a Meryl Streep; India is not a country for old women. India wants women on screens who can be lusted for, not respected. Even after they bear children, actresses like Aishwarya Rai and Kareena Kapoor must quickly return to their earlier forms to be accepted in reel life. But, do they have a choice? Can they get roles of the kind an older male star gets? Would the average Indian audience, consisting both men and women, appreciate a movie with an elderly actress in a lead role, much like an Amitabh Bachchan? We know the answer.

The second culprit is the PR industry, which promotes the movies through media. Every righteous movie star, director, writer etc, gets away claiming to have made an empowering movie for women, unapologetic about the movies they had made, acted in, written or produced that insulted, objectified, and demeaned women. The aggressive promotion of such movies allows the slow poison at a cost to this nation. Generations of boys grew up thinking women are to be routinely stalked, harassed and molested, and established rape as a legitimate weapon. The PR strives to prove that only those movies that cater to the lecherous lumpen among the Indian men are successful. It would appear that such an Indian man only wants to see Katrina Kaif's midriff; that was his goal, and sole purpose of life. He doesn't want better movies. The third culprit for Sridevi's death is the fashion industry. Women, like men, should be free to wear what they want and look the way they want. But when a woman's look is dictated by the requirements of male approval, especially for commercial reasons, I have a problem with that. An airhostess, who wears a short skirt to work, has to follow rules set for her in the job. But she has been placed there for a certain type of Indian male passenger, not difficult to picture, who would travel that airline again and again only for the airhostesses.

Fashion has become an easy tag to justify the misrepresentation of women through narratives of choice. But choice must be necessarily independent to be authentic. Further, the fashion sizes into which a woman must fit, impose a form that is unhealthy and unnatural. 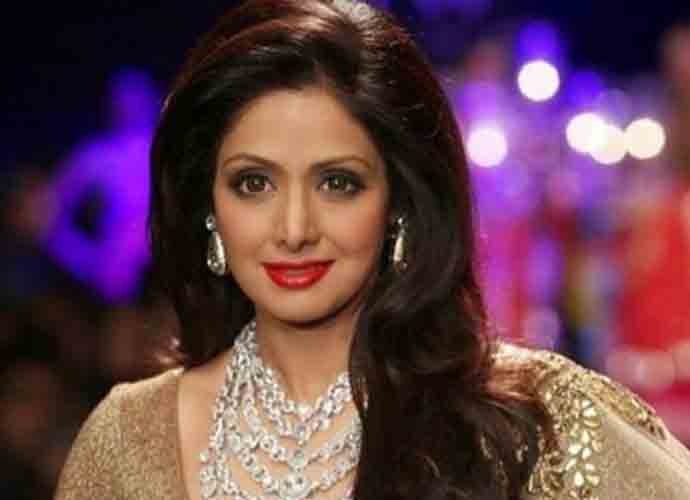 While this debate is raging in the rest of the world, in India, the fashion designers act as if it was a nation of teenage girls, desperate to get into their size-zero dresses. The celebration of choice cannot happen in India because the choice is tightly knit with male endorsement. Indian fashion, dominated by men, exemplifies this condition.

In the end, however, we are all to blame. A famous Indian poet's stature is enhanced when he pens a provocative item number that reduces a woman to a cheap, sexual fantasy. The director makes better money if the heroine of the movie is called "sizzling". Respected publications sell because of cleavages, brands sell by showing women in the kitchen, or washing clothes. Men don't care and women don't protest in India. With Sridevi's death, yet another woman will fade away, only to be remembered that she was once, merely, beautiful.