Food for thought: Our country does not provide nutritious food for all. The ramifications are huge

Despite 72 years of Independence, India still has a vast population that's hungry and even faces starvation death. This, in a nation that wastes as much food as the UK consumes.

A few days ago, the country proudly celebrated its 73rd Independence Day, and like every year, there is a throwback on what the country has achieved so far.

It is true that we have progressed in more aspects than we realise in our everyday life. However, there are issues which unveil the parallel crises plaguing our nation. One such example — the overwhelming and disheartening statistics pertaining to the alarming number of persons suffering from hunger, malnutrition and starvation, and the deaths resulting thereof. This is despite the handsome annual budgetary allocation to the Ministry of Consumer and Public Distribution, which is responsible for regulating schemes to curb the same.

According to a 2017 report in the CSR journal, India wastes as much food as the United Kingdom consumes — about 40% of the food produced in India is bound to be wasted.

About 21 million tonnes of India’s entire wheat produce is wasted and 50% of all the food across the world meets the same fate.

In fact, according to the Ministry of Agriculture & Farmers' Welfare, Rs 50,000 crore worth of food produced is wasted every year in the country. Not just a handful: India wastes as much food as the UK consumes. Here, a worker displays rotten foodgrains. (Photo: Reuters)

On the other end of the spectrum, while the Right to Food is a Fundamental Right under Article 21 of our Constitution, the National Health Survey (2017) reported that approximately 19 crore people go to sleep on an empty stomach in the country. Furthermore, a recent survey reported that an estimated 7,000 persons (including children) die of hunger every day, putting the annual figure to an estimated 25 lakh deaths because of hunger.

Pursuant to a global comparison, the Food and Agriculture Report (FAO), 2018 states that India houses 19.59 crore of the 82.1 crore undernourished people in the world — accounting for approximately 24% of the world’s hungry. This ranks India at 103 out of 119 qualifying countries in the Global Hunger Index Report (2018) prepared by Concern Worldwide and Welthungerlife. The ramifications of hunger crises are socio-economic in nature — and resultantly, our country loses nearly 4% in Gross Domestic Product owing to malnutrition.

‘Nutritious Food for All’

I am reminded of the words of Hon’ble Justice PN Bhagwati. He said, “No one in this country can be allowed to suffer deprivation and exploitation, particularly when social justice is the watchword of our constitution.”

It does not take the mindset of a social activist to make you wonder that in this era of technological advancement and booming economy with the shifting focus on the quality of life significantly improving life expectancy, there is a large section of our society struggling for what is sometimes considered one square meal a day. 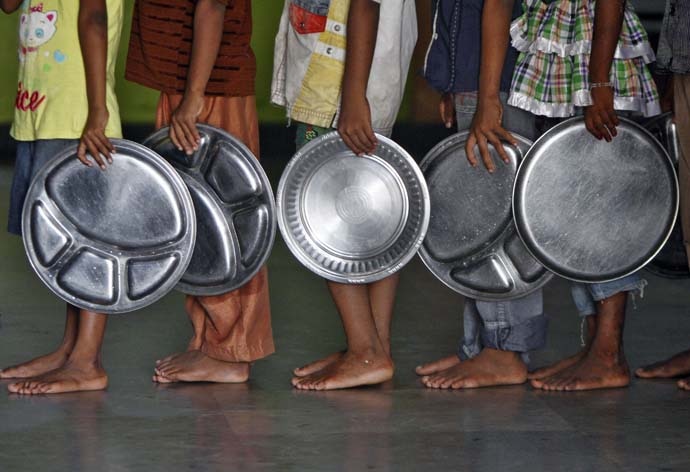 While we may be sitting in the comfort of our homes, oblivious to everyday problems suffered by roughly 14% of the country’s population, there are people devoid of the basic of sustenance — food.

In the present scenario, despite a plethora of government schemes and programmes and private endeavours intended to achieve the ‘Food Security’, the desired results appear to be a mirage. Ensuring ‘Nutritious Food for All’ requires action on multiple fronts. We need newer and more radical solutions to combat the alarming hunger crises faced by our nation.

We must keep in mind that dignity for all life around is in fact the true spirit of Independence.

Also read: Food security is looming large over our heads. Will we be able to digest this?

Post your comment
#Nutritious food for all, #Food wastage, #Food security, #Starvation deaths
The views and opinions expressed in this article are those of the authors and do not necessarily reflect the official policy or position of DailyO.in or the India Today Group. The writers are solely responsible for any claims arising out of the contents of this article.

The writer is a practicing advocate at the Supreme Court of India and has recently filed a public interest litigation on the issue of food security.