Stephen Hawking will forever be remembered for speaking truth to power

The physicist displayed all characteristics of a great mind along with the additional trait of being involved in political activism.

Characteristics of a great mind include the capacity for wisdom, the development of social consciousness and the need to raise one's voice fearlessly in relation to the politics of the era.

But in today's world many "mainstream" intellectuals, including authors, artists, scientists, analysts etc choose to remain silent over issues of critical importance and are careful not to be seen as anti-establishment voices.

There is a debilitating hesitance in voicing one's opinions over critical issues, if they are not in sync with the mainstream narrative. There is also a growing self-censorship with regard to anything that can be interpreted as political dissent.

Such is the servitude to power in our "neoliberal" world, marked by a crisis of conscience and courage.

The bulk of "mainstream intellectuals" have also mastered the art of talking seriously about banal things of absolute insignificance. 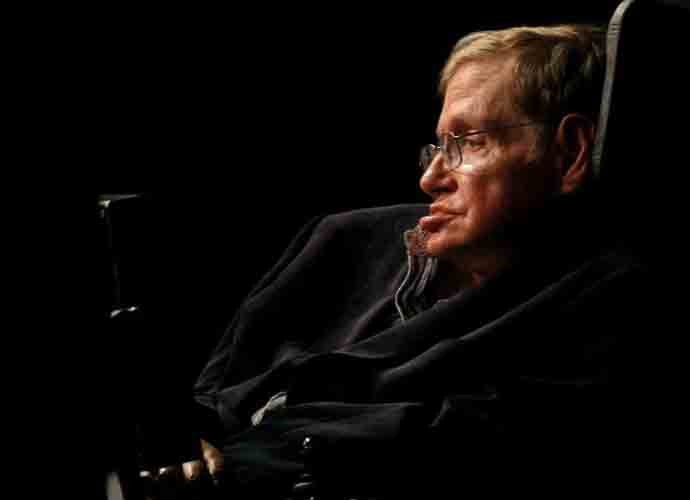 Being politically correct, playing safe and not disturbing any hornet's nest have become an epidemic in the world of "mainstream intellectuals".

To hear truths which really matter, one increasingly has to delve into the alternative/independent sphere where the true progressive voices now gather.

The following observation by Noam Chomsky, who is generally marginalised by the mainstream corporate media, hits the nail on its head: "The smart way to keep people passive and obedient is to strictly limit the spectrum of acceptable opinion, but allow very lively debate within that spectrum."

Taboo subjects or words/phrases develop in democratic societies where people are conditioned not to raise them due to fear of backlash and controversy.

However, Stephen Hawking was a rarity, not only in terms of his influential work in cosmology, but also in terms of being a political person. He was keen to comment on issues of public interest which were beyond his sphere of work.

Hawking displayed all the characteristics of a great mind along with the additional trait of being involved in political activism - something that he had inherited from his mother Isobel, an Oxford graduate who was an anti-nuclear political activist.

Following are the significant, and sometimes controversial, interventions of Hawking in relation to politics.

The list displays that Hawking was left leaning or sympathetic to the political left. He was also a supporter of the British Labour Party.

In 2004, Hawking took part in an anti-war event at Trafalgar Square in London. "The war was based on two lies," he said through his voice synthesizer. Both the claims of weapons of mass destruction and linkage to September 11 had proved untrue. "It has been a tragedy for all the families. If that is not a war crime, what is?"

In 2009, Hawking denounced Israel's three-week attack on Gaza, telling Riz Khan on Al-Jazeera that Israel's response to rocket firing from Gaza was "plain out of proportion… The situation is like that of South Africa before 1990 and cannot continue".

In 2013, Hawking backed the academic boycott of Israel by pulling out of a conference hosted by Israeli president Shimon Peres in Jerusalem as a protest against Israel's treatment of Palestinians.

Hawking was one of the prominent faces of The Boycott, Divestment and Sanctions Movement (also known as the BDS Movement). It is a global campaign promoting various forms of boycott against Israel until it meets what the campaign describes as "obligations under international law", defined as withdrawal from the occupied territories, removal of the separation barrier in the West Bank, complete equality for Arab-Palestinian citizens of Israel, and promotion of the right of return for Palestinian refugees. In a Reddit Ask Me Anything session in 2015, Hawking expressed concern about economic inequality and said that technology was driving the ever-increasing inequality.

In an article written after UK voted in favour of Brexit in 2016, Hawking said that he was "sad about the result" and "now we must learn to live outside the EU, but in order to manage that successfully we need to understand why British people made the choice that they did".

Hawking believed that "wealth, the way we understand it and the way we share it, played a crucial role in their decision". He called for greater collaboration, distributive reforms and sharing of wealth with fairness.

On ITV's Good Morning Britain programme in 2016, Hawking said that Donald Trump, "Is a demagogue, who seems to appeal to the lowest common denominator".

In 2010, Hawking had told Larry King, "Mankind is in danger of destroying ourselves by our greed and stupidity."

In 2016, Hawking reiterated to King that humans have "not become less greedy or less stupid" as we surge towards devastation of our planet.

Hawking raised his concerns over nuclear weapons, over-population, pollution, global warming and warned mankind about Artificial Intelligence (AI). He said that AI is a threat, and that governments need to curb their enthusiasm in their race to make killing machines.

#Israel-Palestine conflict, #Nuclear Power, #Donald Trump, #Stephen Hawking
The views and opinions expressed in this article are those of the authors and do not necessarily reflect the official policy or position of DailyO.in or the India Today Group. The writers are solely responsible for any claims arising out of the contents of this article.