Daily Recco, February 15: Such A Fun Age of friendship, privilege and race

Such A Fun Age speaks of an America that is not so much fun to live in. Kiley Reid’s debut novel is an easy read that is bound to make you uncomfortable about the subconscious assertion of privilege.

White man’s privilege (and the guilt associated with it), a black woman’s everyday struggle with racism and classism, her job insecurity and the overall dynamics of gender politics. While these might sound broadly like the America we have seen over the past few years, it is realistically captured in explored in some brilliant story-telling by Kiley Reid in her debut novel — Such a Fun Age, published in 2019. 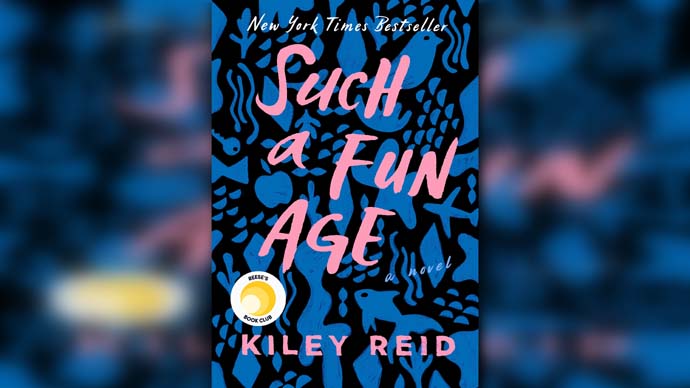 The novel opens in Philadelphia in 2016, at a time when Hillary Clinton is running for president — happier times as compared to the America that we have seen in the past four years. However, things are not too happy for the 25-year-old African-American college graduate Emira Tucker, a babysitter for the kids of the very wealthy white blogger, influencer and public speaker, Alix Chamberlain and her news anchor husband Peter Chamberlain. While Alix tries to come across as someone who portrays herself as a feminist and beyond the vagaries of racism, she is actually someone assuaged by the classic case of white (wo)man’s guilt. She calls Emira from a party to take her three-year-old daughter, Briar, to the grocery store nearby (because Alix’s house is vandalised after Peter makes a racist remark on-air). There Emira is accused by a white shopper of kidnapping Briar and has to be finally rescued by Peter. The video of Emira’s exchange with the store guard is recorded by the seemingly woke white guy, Kelley Copeland. Tall, handsome and an ostensibly mature Kelley is later revealed to have had a difficult past with Alix and Emira eventually begins a relationship with him, complicating the situation further. Both Alix and Kelley are engaged in their own private battle of proving the other to be more racist with Emira being little more than their tool to do so.

Emira’s reluctance is reporting the racism against her, her realisation for needing a job with security and benefits, Alix’s superficiality and Kelley’s covert bigotry flow into easy reading, thanks to Reid’s smooth narration. As the plot develops, you will fall in love with each of the character, irrespective of their shortcomings and inadequacies. After all, imperfection makes a story as humane as it could possibly get. The ending will leave you somewhat conflicted, amused and uncomfortable — all at the same time.

Read Such a Fun Age to start your week with an easy narration on a thought-provoking note.

Also read: Such A Fun Age tells us how a woke world stands in the way of a just society

#Racism in USA, #Kiley reid, #Such a fun age, #Dailyrecco
The views and opinions expressed in this article are those of the authors and do not necessarily reflect the official policy or position of DailyO.in or the India Today Group. The writers are solely responsible for any claims arising out of the contents of this article.