How patriarchy is pushing men towards suicide

Men need to be taught that is it okay to express weakness.

September 10 is observed as World Suicide Prevention Day. Millions of people kill themselves every year — yet, unfortunately, the seriousness of this issue continues to be underestimated. The causes behind this evil stand uncured, because we have not been able to ensure even basic communication on them.

The problem is acute in the country’s financial capital, Mumbai. 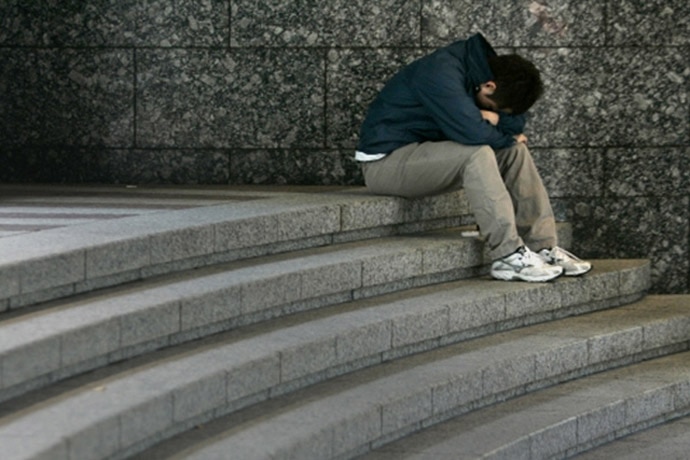 Men are brought up to shoulder responsibilities, and many give up on life when they feel they can't do so. (Photo: Reuters/file)

As the numbers show, the men of the city are more vulnerable to this problem than women.

The RTI data also states that depression and familial and societal pressures are the main causes behind the high suicide rates among men.

This data indicates how the deep-rooted patriarchal system in our country is harming men too.

While women are no less than men in any field, there is a part of our social system which still doesn’t take away the burden of responsibilities off men’s shoulders.

Men celebrate their promotions, business mergers, professional expansions, and even the smallest targets being met.

But what they refrain from doing is grieving — grieving over their failures, which are as natural as anything else.

As men, we are always expected and conditioned to bottle things up, until they break us in the most disastrous ways.

With competition in the world reaching new heights every day, failure has become unforgivable. But what should actually be unforgivable is setting the bar of expectations at unattainable levels for men, generation after generation.

For instance, if a man loses his job, the first thought that occurs to him is not about his career, but of what will happen to his family if he doesn’t bring money to the table.

As male celebrities who run their homes while their wives work are celebrated, the common man’s world is still oblivious to this phenomenon.

Even though one becomes a man or a woman by his/ her sex, one’s responsibilities, indeed, the very course of one’s life, is decided as per one’s gender. At no point in life can a man opt to quit job and run the house, for fear of familial pressure. And even if one’s immediate family is supportive, there’s no escape from societal norms, which have left no room for men who want to switch gender roles.

Why can’t men, for once, bring love to the table while money is taken care of by their partner? Boys are raised to become “men” — aka the bread-winners. They are taught to take care of responsibilities, but often lack the ability and sensitivity to deal with basic emotions.

As a basic deliverable, we have to let men grieve, cry, express — let them know that it is alright and normal to do so.

Men have been burdened with an unnecessary sense of duties and endless responsibilities for ages, and it might take a long time for the entire social system to change.But we have to take the first step in the right direction before it’s too late.

The hold which the evil called suicide has on Mumbai today is suffocating its residents. The aftermath is clearly visible in the figures mentioned above.

We cannot call ourselves a responsible society until we ensure that boys who are sensitive and emotional aren’t bullied, so that they don’t grow up to become men who can earn nothing but money — and give up on life when they cannot do so.

Remember, it is the patriarchal system which is coming for us, more than anything else.