Why the Sunderbans and Royal Bengal Tiger are in danger

"So where will the plants, trees, water and wildlife go? They can't go to doctors, can they? And where will the Royal Bengal Tiger go," asked an anguished professor in the Department of Environment Sciences in Khulna University, close to the Sunderbans, in Bangladesh. 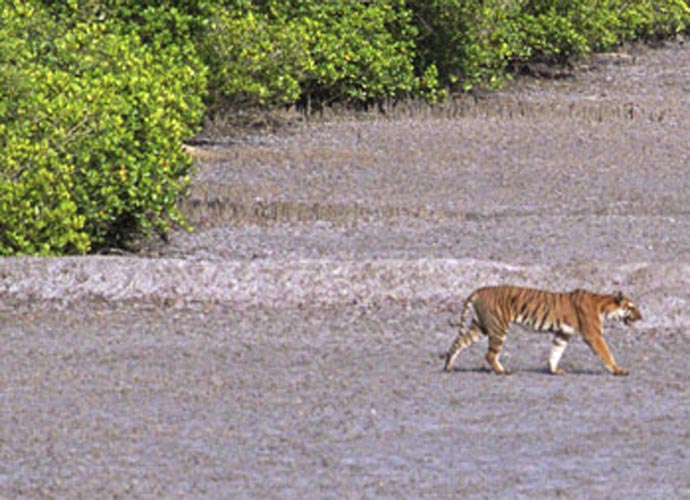 The wildlife will surely migrate, including the birds, the various kinds of river fish and sea fish, the crabs and dolphins, and surely, the majestic tiger, surviving in the only zone where man-eaters are allowed to roam free. They will perhaps move to the deeper core of the vast mangrove forests, stretching around 5,000 sq km in Bangladesh, and, then, perhaps, into the Indian Sunderbans in West Bengal, just about 3,000 sq km, across a fluid, watery and mangrove forested geographical boundary with no real line of control.

However, what will happen when even the Indian Sunderbans get polluted, losing its original chronicle of a saline tale foretold? Where will they go, and the tiger?

The Rampal thermal power project, currently in its first phase of construction, deep inside into the buffer and twilight zones of the Sunderbans in Bangladesh, is in grave and imminent danger. The signs are all there for the world to see.

A slated coal-fired power station at Rampal sub-division of Bagerhat, Bangladesh, near Khulna, is the monster that is threatening to change the entire ecological dynamics of this hot spot. A joint partnership between India's National Thermal Power Corporation (NTPC) and Bangladesh Power Development Board (BPDP), the project is being branded as the Bangladesh India Friendship Power Company.

The proposed project, which is set to generate 1,320MW of power, over a territory of 1,834 acres of land, water bodies, and forests, is just about 14km north of the world's largest mangrove forest, Sunderbans, a UNESCO world heritage site.

Journalists are not allowed near the site, surrounded by the buffer forests and the shoreline of the beautiful saline estuary, Poshur, along with numerous ponds, fisheries, human habitations and fertile land. Civil society activists, intellectuals, foreign delegations and others are not allowed in the vicinity. Peaceful dharnas, demonstrations, wall writing, even leaflets are not allowed. The clampdown is near total around this gigantic project which has reportedly displaced around 50,000 people, half of them without a penny in compensation because they were daily wagers, fishermen, workers and migrants, with no land or ponds in their name.

Those who have fought and organised protests, have been effectively silenced. A local activist had his house burnt down with grave threats to his family. A long march from Dhaka to the site near Khulna, of about 10,000 people and more, led by professors of Dhaka University, students, and farmers/fishermen, was blocked near the project in 2016. After that there has been an eerie silence across the zone, as, locals say, with reportedly around five lakh people to be directly impacted by the project in the days to come.

"It is a kind of fascism," said a PhD scholar in Dhaka. Most of the intellectuals who have come out openly are blacklisted. The word, "Rampal" is not even allowed to be uttered in the classroom across university campuses. 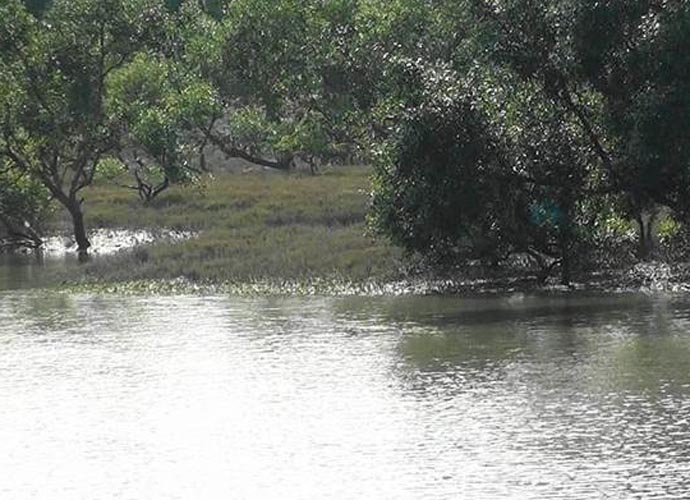 "There is a strong anti-India feeling across Bangladesh, because Sunderbans is like a pearl for the nation, held with great pride. And this 50:50 project cannot hide the dominant reality - that India is the big brother," said a journalist. Another veteran academic in Dhaka said that since China is entering Bangladesh's political economy in a big way in, India wants to secure its geopolitical hold on what it sees as a "satellite" country in the sub-continent.

This professor had mobilised MPs in India. He said a CPI member of Parliament had raised the issue in Parliament but was told by the Indian government that it is a "friendship project" which will benefit Bangladesh.

Thereafter, the professor has been denied an Indian visa.

However, the uncanny truth is that knowing so well, and with authoritative documentation by experts and environmentalists, and with UNESCO opposing the project, why are both the governments hell-bent on playing with the delicate ecology of the precious landscape of Sunderbans?

Bangladesh has gas. It claims it has enough power. It has little coal. India wants to dump its huge stocks of coal. Hence, coal in lakhs of tonnes will be transported from India on huge barges on the waterway and river systems to Mongra Port next to Sunderbans. There have been coal spills in the past, devastating the ecology, which took years to recover. This will be low-cost transportation on water. A railway line is also being contemplated from Kolkata to Jessore near Khulna. Then, the cycle will be complete.

So what will happen to the gigantic amount of waste products, fly-ash, chemical waste, hot liquids, etc, generated by the thermal plant? Will they be dumped into the pristine waters and the estuaries?

As many as 300 industries are meant to be started in this protected zone, including Special Economic Zones (SPZ). Activists say India and its big business is keenly eyeing a big tradeoff in terms of its pound of flesh in terms of SEZs. Several cement and gas factories are already operating in the buffer zone, very close to the core area where the tiger lives, along with dolphins, crocodiles and other rare species, including precious trees like the Sundari tree, on whose name apparently, the Sunderbans is named. 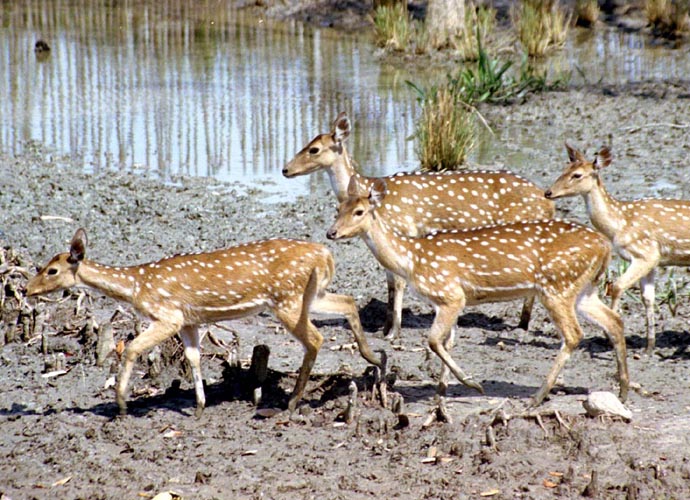 Cement factories in Bangladesh have advertised that they will not use fly-ash in their products. So what will they do with the huge amount of fly-ash generated by the coal-fired project? Many new factories are coming up as complementary projects in anticipation of the big thermal power project. In other words, this ecological heritage site seems doomed in the first instance.

The professor at Khulna University said that consequent to waste and chemical disposal, the drastic changes will start happening, slowly and steadily. And since researchers are not allowed in the area, not even to mark the pug marks of the tiger, or study the dolphins, or document the flora and fauna, it might lead to an environmental disaster.

The water salinity will go down, thereby changing the soil and water content of what is a tidal river in this region, which leads to the sea and Bay of Bengal, with six hours of jwaar and six hours of bhata.

Mangroves will slowly start disappearing. Fish species and crocodiles, along with micro-biological objects, birds and other forms of bio-diversity will disappear or migrate. There will be increased man-animal conflict.

Gradually, it will impact the Indian side of the Sunderbans, which is protected by strict laws under the Environment Protection Act and the Wildlife Protection Act, with no industrial activity whatsoever almost 25km from the buffer zone. The tiger will start looking for new habitats. The mangrove forests might lose its originality because it can only thrive under certain fixed saline and temperature conditions. An ecological hot spot will gradually wither away.

That is why, top Bangladeshi newspapers are writing editorials and putting the story on page one. In India, the story is still invisible. However, in the days to come, Sunderbans, and its environmental disaster, will be the new magic potion for journalists, looking for that elusive Royal Bengal Tiger, in those thick green and yellow swamps of mangrove, watching you from a distance across the shore of the estuary, like all predators watch their prey.