The Supreme Court is faced with a classic conundrum. While the Constitution allows special provisions for the underprivileged but the dynamics change when one enters the territory of criminal law. To protect the interest of women or scheduled caste and scheduled tribes, to what extent can the criminal law tilt the balance in favour of the aggrieved party? The law does not allow a presumption of guilt for accused in any situation. The present line of judgments from the Supreme Court call for a review of the extent to which laws made for the protection of specific communities have compromised with the rights of the accused.

In a landmark ruling, the Supreme Court has put checks on the arrest made under the Prevention of Atrocities Act, 1989. Further, the top court has clarified that in instances where no prima facie case is made out against the accused, there cannot be a blanket denial of anticipatory bail which is a part of right to liberty under the Constitution. The court gave a clear and definite interpretation to Section 18 of the Act to ensure fairness of procedure which barred any person booked under the Act to get an anticipatory bail.

To stop any abuse or malafide prosecution, the court has put checks by way of introducing a procedure before the arrest is made. If the accused is a public servant then a due approval of the appointing officer is required, if it's an ordinary citizen then the written permission of the senior superintendent of police is required before the arrest.

If one looks closely at the recent line of judgments, the apex court has been attempting to safeguard the rights of the accused which are often in conflict with the literal interpretation of the law. Interestingly, in this judgment the bench of justices AK Goel and UU Lalit go on to quote none other than BR Ambedkar from one of his speeches in the Constituent Assembly debates where he argues, "The castes are anti-national. In the first place because they bring about separation in social life. They are anti-national also because they generate jealousy and antipathy between caste and caste."

The apex court evokes Ambedkar to argue that the abuse of process can result in reverse discrimination and lead to unlawful infringement of the rights of the accused. The court also quotes former prime minister Atal Bihari Vajpayee when during his tenure he called for a national debate on the lack of expertise of parliamentarians in making law and how elections dominated by money and caste arithmetic do not yield lawmakers who have any intention to develop the skill of law making.

The court in the judgment argues that the intention of Parliament has been to protect the interests of the underprivileged and marginalised communities but not at the expense of fairness and the abuse of due process. There is heavy insistence in the verdict on the fairness of procedure and upholding the presumption of innocence. The court believes that it's the duty of law to balance the rights of the accused and of the complainant. At the same time there is also a need to protect the accused who have been victims of malafide prosecution where the law has been used to settle personal enmities. 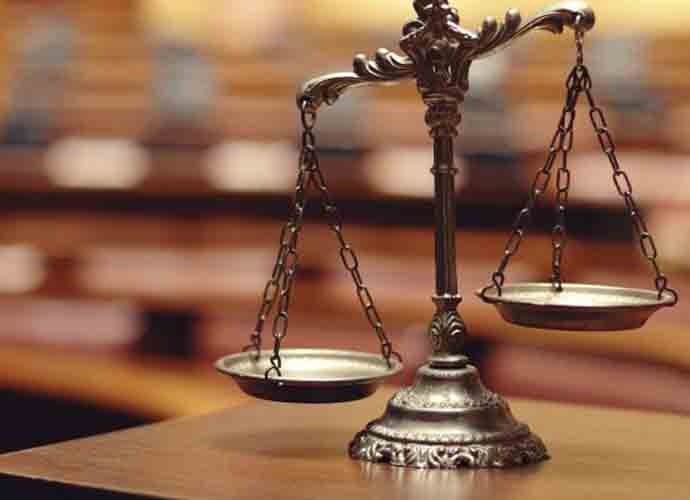 This latest SC judgment also takes us back to another recent judgment by the same of bench of Goel and Lalit, which diluted the powers of arrest under 489A or the Anti-Dowry Harassment law. The court asked a district committee to be set up and this panel shall give its report on the complaints made under 498A for an arrest to be made. The court even in this case was worried about the rights of the accused and malafide complaints.

This district committee shall have social workers, wives of serving officers, retired officers and it shall submit a report on the matter following which arrests can be made. Another bench of Supreme Court held the stringent conditions under Prevention of Money Laundering Act, 2002, to be in violation of the right to equality and asserted the age-old cardinal principle -"Bail is rule and jail is exception".

The first two examples where the Supreme Court has restricted the powers of arrest pertain to reactionary laws, specifically enacted to address a rampant social evil.

Despite a law to protect marginalised communities from harassment, the abuse continues to be rampant in rural India. Similarly despite a very stringent law against dowry harassment, the social evil refuses to die down.

Contrast this social reality with the high number of malafide cases which are lodged only to harass the accused. The law seems to be struggling to strike a utopian balance.

In the latest judgment pertaining to SC/ST Act, the court notes a lack of legislative expertise plaguing Parliament and the state legislature quoting Vajpayee. The top court implicitly seems to argue that laws cannot be made to appease political or caste interests, which dominate electoral politics. At the same time many would question the approach of the Supreme Court when it puts the bottlenecks to dilute the powers of immediate arrest say in cases of dowry or caste-based harassment. Was it proper for the court to entrust the task to an extra-judicial committee in case of dowry harassment? If the accused is considered to be innocent, we must not treat the complainant with scepticism especially in such cases where the social pressure is against the marginalised. It is documented how there is a need for gender sensitisation of the judiciary, then how can we trust an extra-judicial social committee whose report will have a direct bearing on the case? Can this be argued to be another flawed cure to a faulty legislative scheme? The bench led by Chief Justice of India has accepted a PIL challenging the judgment in 498A.

Similarly in the case of the present judgment pertaining to SC/ST Act, while one may welcome the clarification of the Supreme Court that the anticipatory bail shall be given when no prima facie case is made out, is it fair to introduce a procedure where a written approval from SSP is required for the arrest to be made. Let's test this proposition in the case when there is a genuine complaint under the act by an ordinary citizen against a government officer. The act sought to address this imbalance of power, where the arrest can be made on the complaint. What if the officer can influence the decision of the SSP, who does the complainant approach?

Especially in rural areas where the law is reportedly misused, can there ever be a prosecution where the upper-caste traditionally enjoys a cosy relationship with power holders.

In the absence of an efficient police force and independent investigation agencies, neither the Supreme Court nor Parliament can address these social problems. Special laws made to protect a certain class of people presume a robust and sensitive legal system at their core because they inherently presume a class as an oppressor and the other as the oppressed. A class conflict is inherent in such laws.

In my view, till the time one has a police force which has adequate manpower and resources at its disposal and further enjoys autonomy from any political interference, no law can protect any special community, leave alone the ambitious task to balance it with the rights of the accused.