DailyOh! What CBI got from Mumbai Police in Sushant Singh Rajput’s case

The investigating agency has questioned Sushant’s cook Neeraj, believed to be the last person the actor met before his death.

Fifty-six recorded statements, forensic reports and spot panchnama, which is a record of the witness statements from the spot, is what the CBI got today from Mumbai Police in the Sushant Singh Rajput case. And then it decided to get some more statements and evidence in the case, so the CBI questioned Sushant’s cook Neeraj who was in the house when Sushant reportedly died, on June 14.

Yesterday, however, the CBI got records of the WhatsApp exchange between Rhea Chakraborty and director Mahesh Bhatt of a conversation that purportedly happened when Rhea left Sushant’s house on June 8. Bhatt gave Rhea two Whatsapp calls on June 14, but Rhea missed those calls. 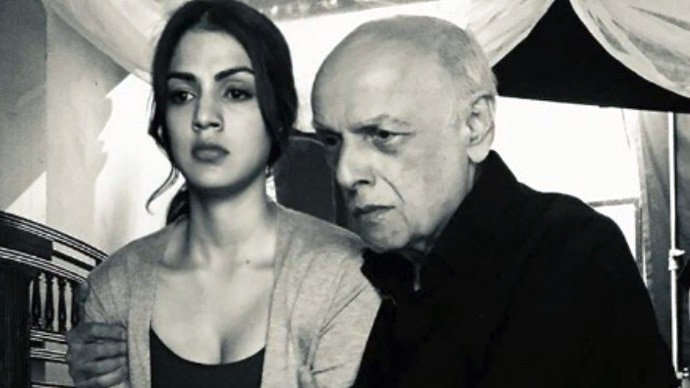 Whether she left Sushant’s house on her own or was asked to leave, and whether she missed the calls deliberately are not our concerns, because the Supreme Court wants the CBI to make all matters related to the case its exclusive concern. Remember, the court has said there should be no parallel investigation, apart from the CBI probe. For everything that you want to know about the (un)paralleled investigation so far, read this. News minus the noise, because reading has no scope for noise unless you like to read aloud. 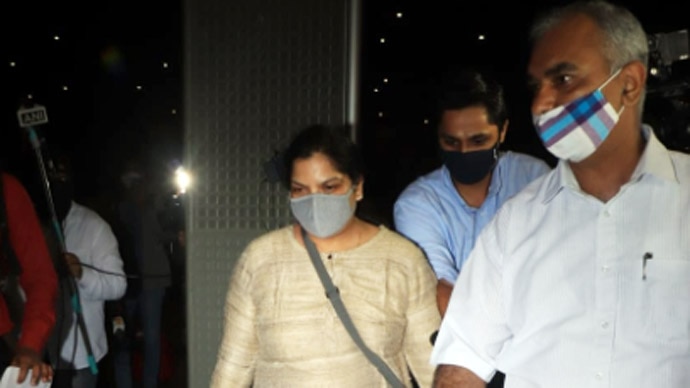 Many say there is no hope of any conviction in Sushant’s case because CBI has so far managed zero convictions in abetment to suicide cases. Nothing may come out of the case, but the case has got Kangana Ranaut out on Twitter. Like out in the open type out. The tweets from Team Kangana looked like those of Kangana, but how can we say they were from Kangana without proof? After all, we are not Padma Shri Kangana.

The alleged former flame of Padma Shri Kangana, Aditya Pancholi, wants her to return the award because her theory on ‘nepo kids’ being behind Sushant’s death has been proved wrong. When no theory has been proved right, no theory is proved wrong. That doesn’t mean you go on propagating theories without any basis. This is not our moral high ground, but the ground that the Supreme Court has held over the PIL filed by an Ayurveda practitioner.

The practitioner claimed to have found the cure for corona. You find something, you keep it. No problem. But the practitioner went to court saying the cure should be used by the government across the country. That is the national time wastage problem. The court slapped the man with a fine of Rs 10,000. Double loss? No, total gain. National publicity at Rs 10,000 for the man from Haryana — Omprakash Ved Gyantara. Baba Ramdev made a similar claim of a corona-cure in Coronil. Later, he called it "immunity booster". The boost he got in sales made it difficult to meet the demand. The company makes about 1,00,000 Coronil packs every day now and sells them all. The Covid-19 recovery rate has risen to over 74 per cent in India. (Photo: Reuters)

The Covid-19 recovery rate, meanwhile, has crossed 74 per cent. Nine personnel deployed for RJD chief Lalu Prasad Yadav's security are still not part of the 74 per cent because they are still recovering. Yadav, for now, appears safe because the men were deployed outside the boundary of the bungalow in which he has been housed. He may have to take a Covid test still.

Those who lost jobs because of the pandemic, however, will get 50 per cent of their salary for three months as unemployment allowance. The allowance will be allowed only for members of the Employees State Insurance Corporation.

We told you about the Centre for Monitoring Indian Economy data which said 1.89 crore people became unemployed in April-July. Now, the EPFO data shows 6.55 lakh new people enrolled in June the same as last year. Let data fight data but let us not get into someone else fight.

Let us use the time we have saved by not fighting to understand unemployment. Unemployment, the Word Of The Day, was first recorded around the 1880s. The base word for unemployment is 'employ'. And 'employ' traces its roots to the Latin word implicāre, which means ‘to engage’. Engage is also used to mean ‘to hire’ or ‘to employ’.

Those looking for work are stressed looking for work, those working could be stressed because of the work they do. The two situations are not comparable, because in the latter case you get paid for your work, even if you are not paid for the stress that work accompanies. If you got a problem with your work, Anand Mahindra got the pep talk (read: pep tweet).

Funny, but also profound. No job is unimportant...Good to remember as we start our work today... pic.twitter.com/TkRBHPgOhA

The tweet on Olympics reminds us that today happens to be the birthday of one of the most successful Olympians — Usain Bolt.

Do you know how his career began? Some say it was during a cricket match that his coach realised he needed to be in a track and field event. And then there is a legend about how Bolt discovered his mojo at the age of 12.

You can try to prove people right or you can just have a lazy weekend depending on what you want for the weekend. If you are looking for a recommendation, watch Mee Raqsam on Zee5.

Also read: Question is not who leads Congress but what the new leader tells new India

#Rhea chakraborty, #Unemployment, #Cbi probe, #Sushantsinghrajput
The views and opinions expressed in this article are those of the authors and do not necessarily reflect the official policy or position of DailyO.in or the India Today Group. The writers are solely responsible for any claims arising out of the contents of this article.